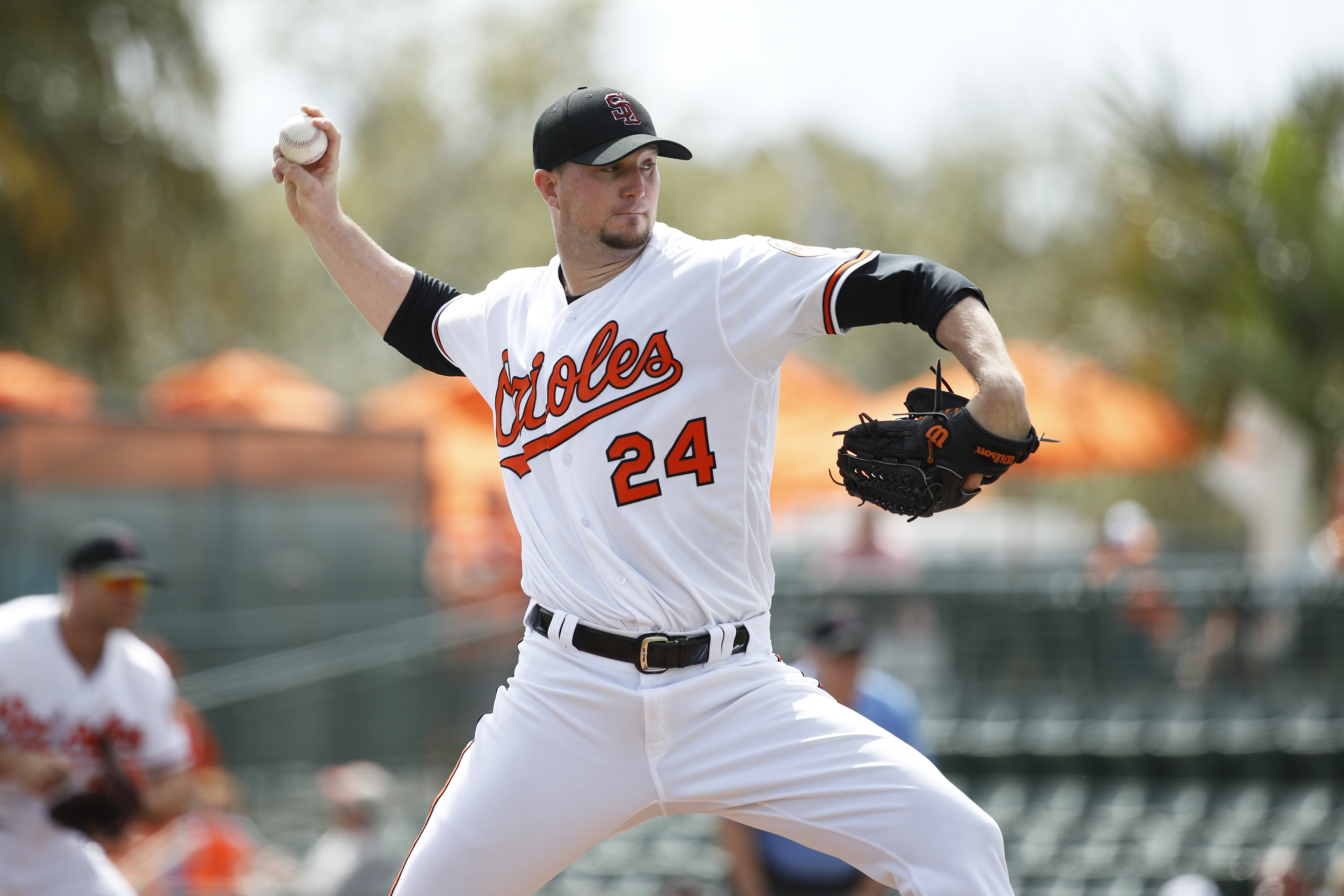 The Baltimore Orioles dropped their 2018 Spring Training opener, 6-3, against the Tampa Bay Rays. Luckily for them, the game doesn’t count in the regular season wins and losses column.

Mike Wright began the game as Baltimore’s starting pitcher. He had a rocky start to his first inning, allowing a run off of a sac fly. However, Wright settled down for a 1-2-3 inning in his second inning of work. Wright was able to show off his improved control of his fastball, keeping it lower in the zone and changing speeds. However, allowing a 12-pitch walk to the Rays Micah Johnson, to begin the game is not ideal. Wright pitched two innings, allowing one hit, one walk and one earned run, while striking out one.

Wright, 28, was able to make the start in place of Miguel Castro, who is dealing with knee tendinitis. The biggest takeaway from Wright was that he looks like he’s put in the work to become a better pitcher. He’s lost a bit of weight during the off-season and worked on his pitches.

Next up was Chris Lee, who went two innings, allowing three hits, one walk and one earned run, while striking out two. Lee is competing for a bullpen role with the Orioles, primarily as a long reliever. Lee was once considered to be one of Baltimore’s top pitching prospects and had a good Spring in 2017. He would struggle during the regular season and be relegated to the bullpen, going 5-6, with a 5.11 ERA, 1.702 WHIP, in 116.1 innings.

Pedro Araujo and Joely Rodriguez put up clean sheets in their one inning apiece. Araujo, 24, is one of Baltimore’s three Rule 5 Draft picks of the 2018 season. His pitching performance on Friday will give him a chance to make the club as a reliever. Rodriguez, 26, was a part of the Philadelphia Phillies organization, pitching to 1-2 record, 6.33 ERA and 1.926 ERA in 2017. He has now come to the Orioles as a hard-throwing left-handed pitcher and looks to change his fortunes in the Majors.

Jimmy Yacabonis on the other hand, was particularly solid in his outing. The right-hander allowed one hit, one walk and struck out two hitters. Yacabonis, 25, pitched to a 4.35 ERA, in 20.2 innings in 2017. This is a chance for him to stay on the 25-man roster.

In a case-by-case basis, Orioles manager Buck Showalter will have to take into consideration how Wright can contribute to the Major League club. Wright will have to finish off hitters early, which he did later in outing, but he’ll have to do it earlier. Other than Wright, Lee will also have to make sure he cuts out the early mistakes. They both had encouraging things to look at from the perspective of their location and change of speeds. The difference between this year and last year is sizable in comparison to the poise that they showed.