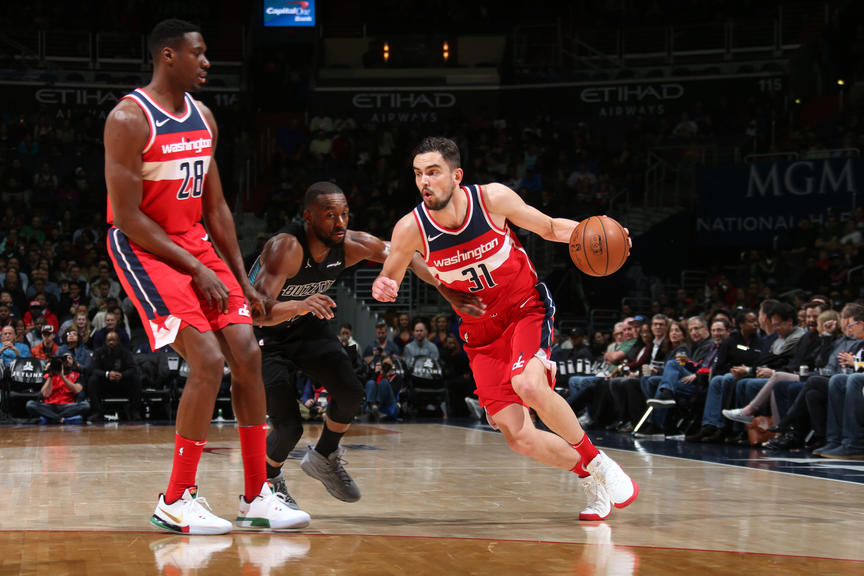 The Washington Wizards faced the Charlotte Hornets in the second game of a back to back.

This game comes after a win versus the Cavaliers last night. With Wall still sidelined with a knee injury, the Wizards signed veteran point guard Roman Sessions to a 10-day contract. Sessions has played in D.C. before, from 2014 to 2016.

This game started off slow for Washington as they turned it over 8 times in the first quarter. Dwight Howard also proved to be a problem as well blocking the first two shots of the night. The main problem the Wizards faced was themselves. The turnovers created easy opportunities for the Hornets getting role players such as Marvin Williams going early. Williams scored 11 of Charlotte’s 36 points in the first.

The second quarter saw much of the same for Charlotte. They continued to shoot very well, especially from 3, 50% in the quarter (4 of 8). The Wizards’ defensive effort simply was not there tonight. However, toward the end of the quarter, the Wizards cut the once 20-point deficit to 12 at the half.

Early in the third, the Wizards cut their hole down to just 6 but then gave up subsequent runs to Charlotte putting Washington back down 12 to end the quarter. In the first three-quarters of this game, the Wizards gave up 94 points. The problem was not offense tonight it was defense.

Ultimately in the fourth, the Hornets simply dominated the Wizards who once again gave up another 27+ point quarter. Charlotte was practically getting anything they wanted offensively, getting to their spots and having their way with the Wizards extending the lead to as much as 22 during the 4th. The Hornets ended up winning this game 122 to 105.

The Wizards play again on Sunday versus the Philadelphia 76ers who are on a 6-game win streak. Philly will be coming off a back to back as they play tomorrow night in Orlando. The Wizards should use this game to regain momentum and get back to playing better defensively.