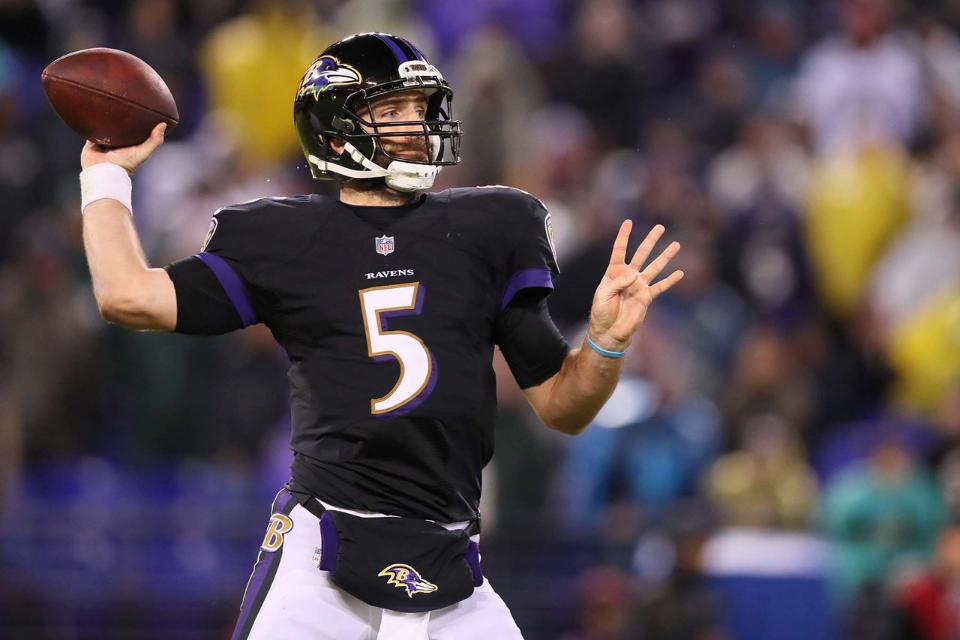 BALTIMORE —The Grinch that stole Christmas tried to make his way to the M&T Bank Stadium to steal the Baltimore Ravens’ playoff hopes. But thanks to Baltimore’s late defensive stand, that didn’t occur.

With the Ravens up 23-16 and what seemed to be a simple punt for the reliable Sam Koch wasn’t so simple as Colts’ linebacker Anthony Walker blocked it with nearly three minutes remaining in the fourth quarter. The Colts recovered the ball to the Ravens’ 27-yard line and here’s when things start to get nervous at M&T Bank.

The second-year quarterback, Jacoby Brissett, drove his team to Baltimore’s 17-yard line with one minute and 43 seconds left to go but was unable to convert on fourth down against that Ravens defense.

Baltimore was able to come out with a 23-16 victory in this slippery matchup and a few questions that were once left unanswered finally received a response.

Have the Baltimore Ravens found their offensive jive?

Tis’ the season to deck the halls with tons of offense! Joe Flacco completed 78% of his passes for 237 yards with two touchdowns. This was a Flacco that I have never seen throughout the entire season, week to week his passer rating has improved and that’s sole because of his maturity as a quarterback.

When Flacco was under pressure, he was able to scramble and get the ball to his receiver on the run. He didn’t throw over his body lackadaisically, as he normally would, but he showed the mechanics of a quarterback with no trepidation and all accuracy.

Ravens’ offensive coordinator, Marty Mornhinweg, deserves a lot of credit for this win today too. This offense utilized 10 different receivers and didn’t weigh all of the success on running back Alex Collins. A team that knows how to spread the ball becomes a difficulty for other opponents to prepare for.

The Ravens won five of their last six after their bye, is this team giving false hope?

Over the years since the Flacco era, having “hope” is something that the city of Baltimore knows oh too well. Ravens fans know what to expect and through it all, adversity is what makes this team win ball games.

Baltimore is in a perfect position to be a contender in the playoffs, the exact position that they want to be in- the underdogs, or “underbirds,” in this case.

What can the Ravens do to secure a playoff spot?

The answer to that is simple. Beat the Cincinnati Bengals in Week 17 and Baltimore clinches a playoff berth. For now, the city of Baltimore can sleep and enjoy their holiday until next week.