The Baltimore Ravens are looking to lock up the fifth seed in the NFL playoffs by finishing this season with a win against the Cincinnati Bengals.

One understands that you can never truly relax as a Ravens fan. Honestly, it’s one of those things in life where you’d say, “Everything is possible if you put your mind to it… Except being able to relax because it’s Sunday, its football season and I’m a Ravens fan.”

There are three things guaranteed in this life:

1. Death
2. Taxes
3. Nearly having a heart attack on game day because you’re a Ravens fan

But this upcoming Sunday, all Ravens fans should be ready to head into the new year celebrating a 10-6 record. 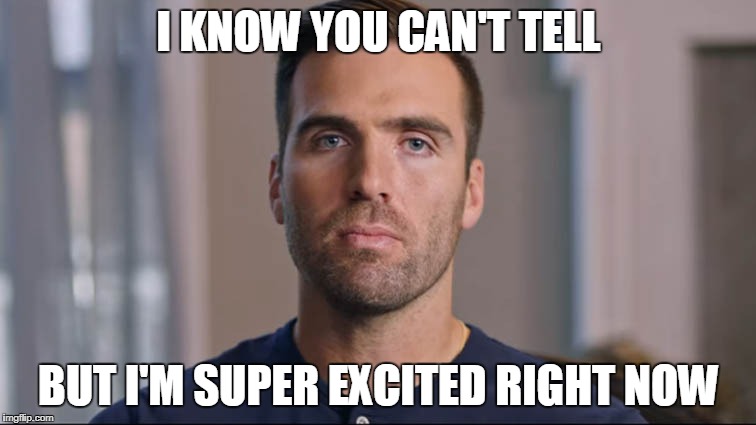 I know you’re paranoid for this game, Ravens fans. Let’s discuss why you should be.

First off, the Ravens are 5-4 in season ending games since Joe Flacco became the starting quarterback. The problem is, all four of those losses come against the Bengals. And to add insult to injury, those four losses are consecutive (’12, ’13, ’15, ’16). The only two wins the Ravens have against the Bengals at the end of the season were back in 2010 and 2011.

So it’s been quite some time.

Not only have the Bengals beaten the Ravens more times than not at the end of the season, they’ve also outscored the Ravens in those games 131-97. But there’s some room for error since the Bengals were home in all four of those losses. Now, the tides have turned for the first time since 2010 – the Ravens are finally the home team.

Now that your anxiety is kicking in and your palms are getting sweaty like mine always are, you can actually sit back and relax through this part.

Coming into this game the Ravens are 5-1 over their last six games. And their only loss came against the Pittsburgh Steelers within the final minute of the game after leading by nine points in the 4th quarter. Over those last six games, they also have a 77 point differential. The only team with a better differential? The New England Patriots.

And remember how Flacco had a terrible start to the year? He has seven touchdowns and just one interception over this past month.

The Ravens are 5-2 at home this season outscoring their opponents 164-115. Meanwhile, the Bengals are 2-5 on the road being outscored by opponents 123-161. So the home/away factor definitely favors the Ravens.

Since the game was moved to the 4:30 PM ET time slot and the weather will be around 25 degrees near game time. This also plays in favor of the Ravens.

The Bengals are ranked 31st in the league in run defense so expect the Alex Collins and Buck Allen to both have great impacts on the outcome of this game. You can even ask Allen himself how poor the Bengals run defense is. He rushed for 71 yards on 21 carries in Week One against Cincinnati while teammate Terrance West rushed for 80 yards and a touchdown on 19 carries.

Because of the weather and the Cincinnati seventh ranked passing defense, the Ravens are probably not going to throw the ball all that often. Flacco only completed nine of 17 attempts in week one when the weather was still relatively warm.

But who knows? The league’s 10th leading rusher in Collins could be on pace to break the single game rushing record and the Ravens will stop giving him the ball completely just so Flacco can air it out for some reason.

As for the other side of the ball, there should still be no worries for the Ravens.

The Bengals have the 28th passing offense and the 31st rushing offense. And it all stems from their offensive line who ranks 27th in the league. Honestly, looking back on that 20-0 shutout of the Bengals in the beginning of the season really shouldn’t surprise any Ravens fan at this point, or any fan for that matter.

To simply put it: The Bengals are not a good football team this year.

Seriously, Ravens fans. Relax. And when the Ravens win this game there’s even more good news that lies ahead.

There’s still no telling of how this will truly turn out. But history sure does love to repeat itself. And that’s what surely looks like is going to happen after this Sunday’s game heading into wild card weekend.

Will this come easy? Perhaps. There are only seven other teams in the league who have a worse record than the Bengals do. But after watching the Colts nearly beat the Ravens in their own home, I’m going to go ahead and refrain from calling this week another “bye week” for Baltimore.