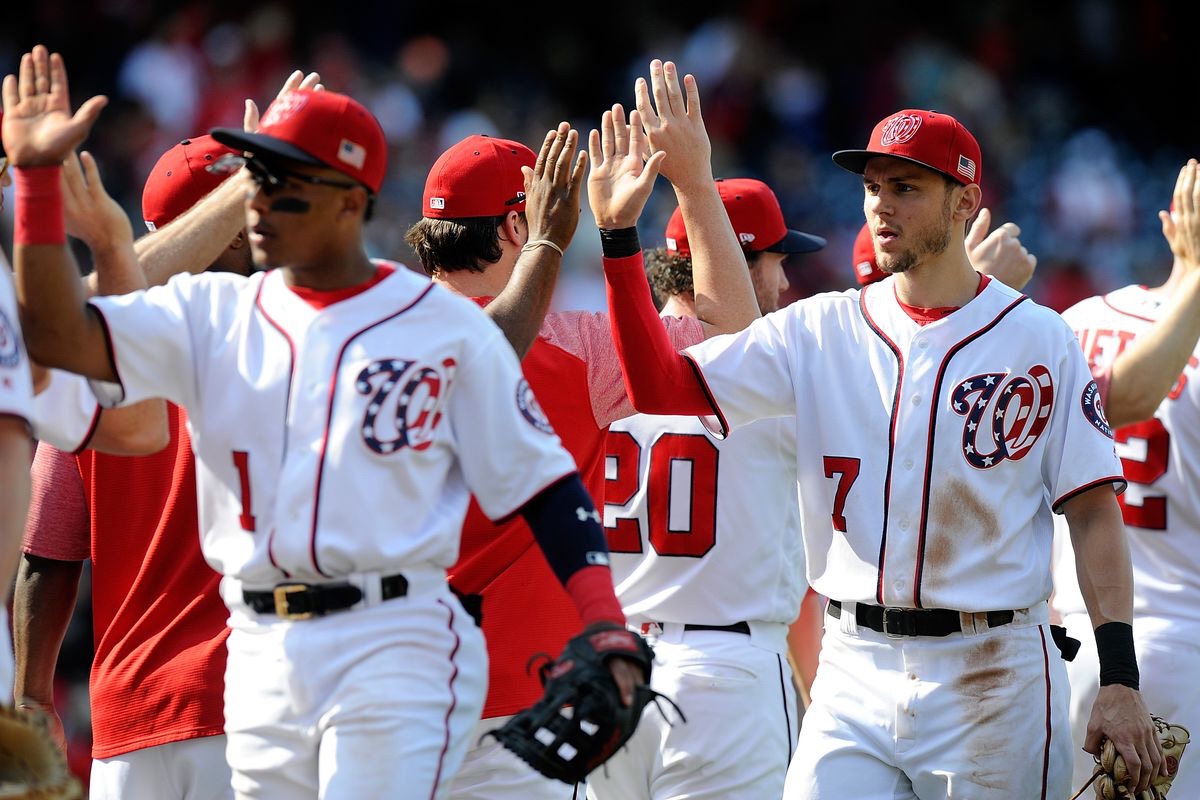 The Washington Nationals have been a top team in the league for many seasons during 162 and are expected to extend that trend, but are historically bad when it the calendar flips to October.

WASHINGTON – It’s now that time of the off-season when goals for the upcoming year are discussed and what’s expected from players on the roster. Well, to make a long story short, the second round of the NLDS is necessary. The 2018 season isn’t so much a presser because of the playoffs but because of the following off-season and its free agents.

For throwing arms: Gio Gonzalez, Ryan Madson, Shawn Kelley, and Koda Glover will be up for grabs during the 2018 off-season. For Glover and Kelley the worry is not as prevalent, seeing they are both injury prone. Koda is a young stud that showed promise early in the season and has the potential to be a pivotal part of someone’s bullpen in the years to come if he can avoid the injury bug. Kelley on the other hand is a vet that had quite the forgettable 2017 season I’m sure he would say if asked. The two-time beneficiary of Tommy John surgery sported a 7.27 ERA and underachievement was the theme of his outings. Losing Kelley would be a lesser issue for the team at this point, but Koda still has good to give if he can remain healthy.

The acquisition of Ryan Madson from the Oakland Athletics along with closer Sean Doolittle proved to be the biggest of the year. “The firm” consisting of Brandon Kintzler, Madson, and Doolittle held the back end of the bullpen down and proved to be huge in the playoffs. Madson posted a 1.83 ERA and became the go-to guy for strikeouts in the matter of a few outings. With the resigning of Kintzler, if another solid year can be milked out of the trio, they will have been the perfect pick-ups.

On the other hand, losing Gio Gonzalez would put a hole in rotation. He had one of his best seasons in 2017 with a 2.96 ERA and is the only starting southpaw the Nationals have. He is receiving $12M this season as a result of his stellar performance, but it would be foolish to think he would be penciled in for 2019. If he can replicate or come close to what he has previously shown that would be ideal, but the Nationals should start catalog shopping for another lefty in preparation for what could come. Gio must take advantage of this upcoming season and the team should be doing the same with his talents.

Moving on to the scarier part of the 2018 off-season free agents – position players. The list includes Matt Wieters, Daniel Murphy, and Bryce Harper. For excitements sake, I will save everyone’s favorite for last. A sure down year for the switch-hitting catcher Matt Wieters did not make him a favorite for most fans. Barely hitting from both sides of the plate, Matt became a liability on offense and his defensive blunders in the playoffs didn’t help much. During this off-season the team has stated that he will be catching less games and with partner Jose Lobaton off to the Mets, it is obvious that shopping for a catcher is on the list. JT Realmuto, Miami Marlins catcher, is a free agent and would be a lovely pickup for the Nationals. If they choose the other less pricey route, minor league familiar face Pedro Severino would be Matt’s mate for the season.

Taking full advantage of the 2018 season while Daniel Murphy and Bryce Harper are still sporting the DC logo is vital. These are the biggest free agents on the list and will come at quite the hefty price. Daniel Murphy’s production can’t be summed up into a phrase but if I had to I’d just say, “he’s really good at this baseball thing.” 23 home runs and batting .322 is outstanding and nothing less was expected. If the team is not able to resign Murphy it would be a huge blow and a significant amount of hits will be off the board. Wilmer Difo, who has been featured in a large amount of games this year, would most likely fill the role if the team decides to not shop the position.

Now for everyone’s favorite, Bryce Harper. We all knew this was coming but the time is nearing quicker than expected. Regardless of the perception or reputation Bryce is slammed with, which varies with each fan, his presence in the lineup plays a major part on how the team is pitched night in and night out. The game plan is usually “do your best to avoid/strikeout Harper,” which seldom works. Not the most consistent player but one of the most revered, Bryce is a staple of the team and a huge part of the franchise. The showtime slugger has already been rumored in Yankees and Cubs conversations but when shopping a name of his caliber, whoever has the most cash wins the battle. Bryce has stated that he would love to stay in DC but in the end business calls. If the Nationals are not able to keep Harper, Brian Goodwin would be the next logical candidate to fill the role. Goodwin, like Difo, has been featured in many games and has tremendous upside (offensively and defensively). No matter how good the next man is, losing Bryce Harper, a player that only comes around so often, will shake this offense.

To be concise, 2018 is the year this team must win it all or realistically advance to the second round. If the names I listed are to be shopped and eventually land on a different team, the production level will drop off without top-notch replacements on board. The window has been closing on the Nats to win for some time, but now is more important than ever. If the first-round plague strikes again, it’s hard to believe the players won’t want out as well. The Washington Nationals are an exceptionally good regular season team but freeze when the lights are bright, a trend that doesn’t sit well with fans or ownership. It is literally now or never.