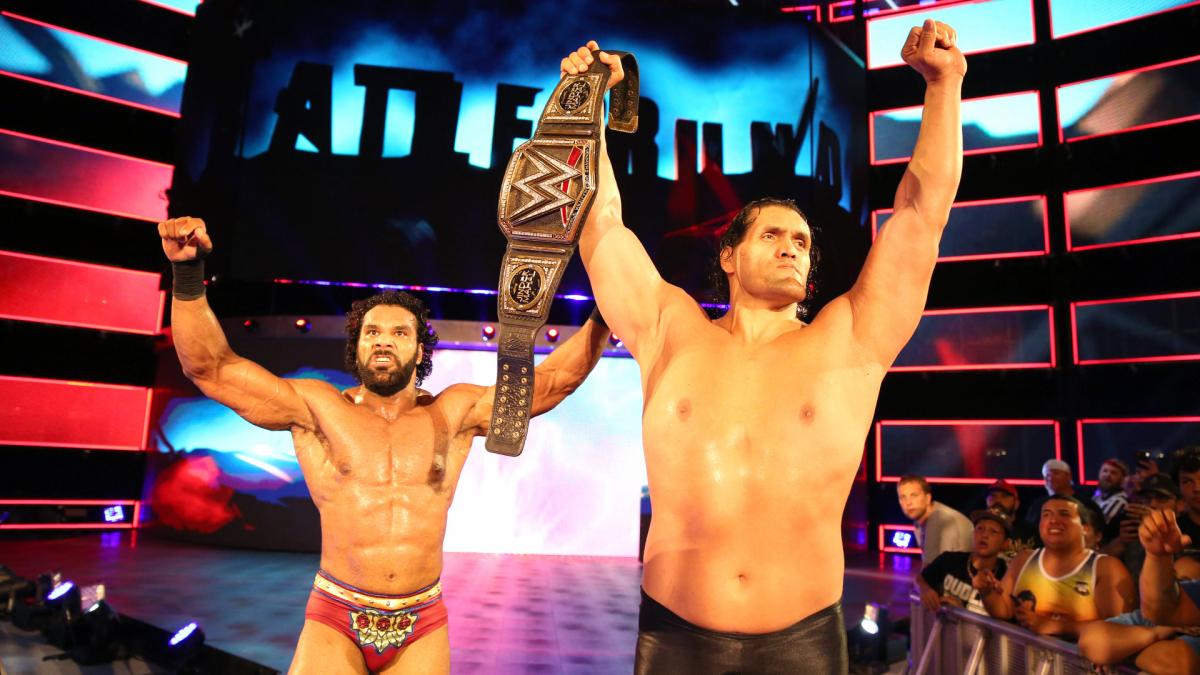 Last night was the final stop before Summerslam, Battleground took place in Philadelphia. Here are my overall thoughts on the pay-per-view. This match did not disappoint as expected these two teams The Usos and The New Day have incredible chemistry together. The Usos worked on Woods as they isolated him from Kofi, this is exactly what smart tag teams do.

The turning point of the match, happened when Kofi jumped onto the Usos from the top rope to the outside. It didn’t go according to plan, he was caught and Kofi received a Powerbomb to the outside for his troubles.

Kofi Kingston head was taken off when Jimmy connected with a Superkick out of nowhere in midair. Usos thought they had the match won via a Uso splash on Kofi for a near fall.

The finishing sequence was filled with nonstop action. The New Day hit a Trouble in Paradise and with an elbow drop off the ropes from Woods. This led to The New Day becoming the new SmackDown Live Tag Team Champions. The New Face of America Kevin Owens was on a mission to prove that he is better than AJ Styles. In the process, he wanted to regain his United States Championship.

AJ Styles shocked the world when he picked up a massive victory over the Prizefighter. He became the new US Champion in the worlds famous area Madison Square Garden. Both competitors brought out the very best from each other. Styles showed why exactly he is phenomenal Styles hit a springboard 450 splash in addition to a Torture Rack into a Powerbomb.

Owens showed off his brilliance as he pulled Style’s leg from under him he was going to the Phenomenal Forearm. The US Champion attempted to hit the Styles Clash, Owens countered it as he threw him onto the referee.

There was a controversial finish both Owens and Styles put each other in multiple Crossfaces submission holds. However, Owens had the presence to roll up The Phenomenal One for the win. This wins makes Owens a three-time United States Champion. Jinder Mahal walked into the Punjabi Prison match as he looked to defend his WWE Championship against Randy Orton. Now before the match, the Singh Brothers told Mahal that they would not be able to be there with him at ringside.

However, it was all a master plan as The Singh Brothers emerged from under the ring. They helped Mahal after he fell victim to the RKO. There was an insane spot as Randy Orton punched Samir Singh off the structure onto the announcer’s table this looked nasty.

Orton had a clear path to victory after he hit Mahal with numerous steel chair shots. As a result, it looked like Orton was about to exit the Punjabi Prison. All of a sudden The Great Khali came out and the entire crowd went crazy.

He made his way down to the ring in order to stop Orton he shook the structure with his hands. This caused Orton to fall down, then Khali choked out Orton with one hand. Mahal capitalized and he escaped out of the Punjabi Prison and he was able to retain his WWE Championship.

Battleground on paper had potential to be a great pay-per-view the matches were good but it had too many sloppy finishes. Therefore I would give this pay-per-view a six out of ten because of the crowd dead and it affected the overall matches.