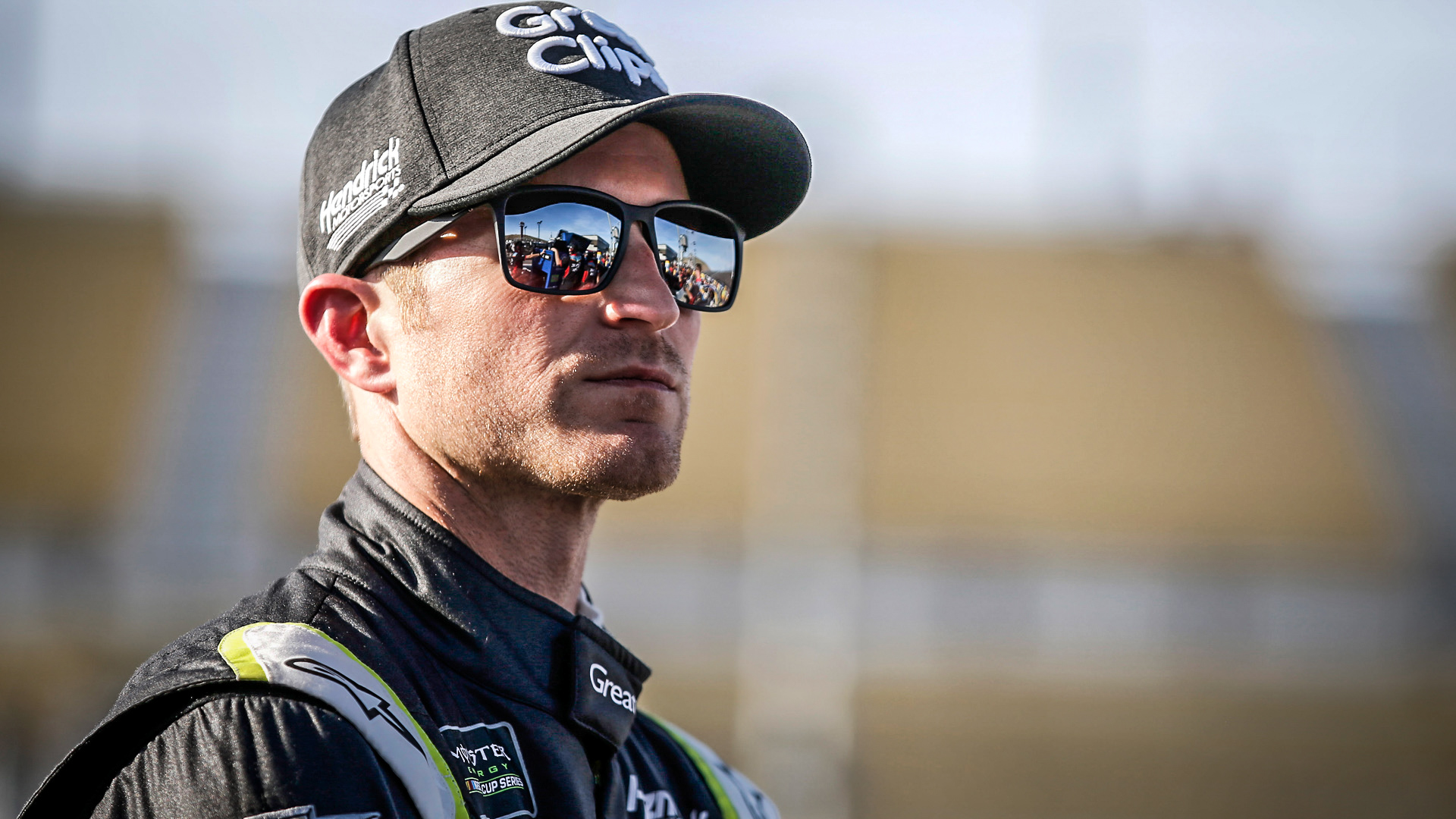 In a wild and crazy Brickyard 400, Kasey Kahne joined the history books by taking the checkered flag and kissing the bricks. It had been a while since Kahne last visited victory lane, 102 races to be exact. The win gives the team and driver a sense of relief by clinching a playoff berth, and a feeling of motivation. It may be too little too late for the 14-year veteran though with his current organization.

When Kahne joined one of the most dominant racing organizations in NASCAR, Hendrick Motorsports, many believed it was a match made in heaven. He was 31 at the time and coming off a seven-year span that saw him collect 12 wins for three different teams. He showed he could win anywhere and was now getting a chance of a lifetime to race in the best equipment NASCAR had to offer. 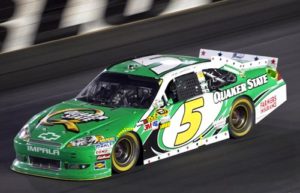 Early on in his career with HMS, Kahne showed he belonged. In 2012, he finished a career best fourth in the Monster Energy Cup Standings. The pilot of the No. 5 Chevrolet collected four wins, 23 Top-5s, and 33 Top-10s in his first two seasons with the famed organization. When 2014 hit, something changed.

Over the next three and half seasons, before yesterday’s win, Kahne earned just one win and eleven Top-5s. In fact, Kasey Kahne amounted 46 20th or worse finishes in that span. He went on to miss the playoffs in two of those years and rumors began to swirl. 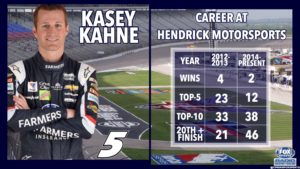 HMS announced last week that Alex Bowman would be taking over for Dale Earnhardt Jr. in 2018. Later on in the week Rick Hendrick didn’t sound too certain on the full 2018 HMS lineup. When asked about his plans for next season, Hendrick said that he planned on running four cars. He went on to say “There’s nothing concrete or done, and that hasn’t changed. We’ll see how things shake out the rest of the year. There’s a lot of things involved, sponsors, and a lot of things we look at. We’re going to try hard, but there’s no decisions made at this time.” 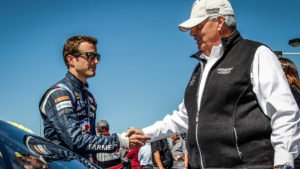 Things are heating up but not in a good way for Kahne. William Byron, driver for JR Motorsports in the Xfinity Series and signed with HMS, is tearing it up. He started off in the Camping World Trucks Series where he earned seven wins in 23 races back in 2016. After being moved up to the Xfinity Series this season, the young gun has three wins alone including a “kiss of the bricks” this past weekend. At just 19-years old, he is currently second in the Xfinity Series Standings.

Not only does Kahne have to watch out for a driver within his organization, but he has to be worried about some possible free agents after the 2017 season is over. The biggest and hottest name on the market is Matt Kenseth. Joe Gibbs Racing announced last week Erik Jones would be taking over Kenseth’s ride in 2018, so the 18-year veteran is in search of a new gig. The knowledge and competitive nature that Kenseth has on his resume is remarkable. He is a two time Monster Energy Cup Series Champion and has won close to 40 races in NASCARs premier series.

Another driver that could find his way into Kahne’s ride is Carl Edwards. The former pilot of the No. 19 JGR Toyota announced his retirement in January of this year. Mant reports suggest that Edwards is ready to come back after having a year off. Before retiring, Edwards had won 28 races at NASCARs top level and finished second in the point standings twice. 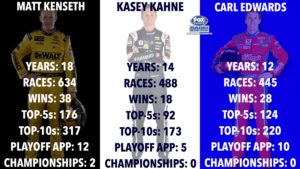 Obviously if Kahne was able to go on a red hot streak and won a few more races this season while moving on a couple of rounds in the playoffs, Hendrick would keep him. There is no denying that Kasey Kahne is a competitor, and that scenario could happen, but his history has shown us otherwise. NASCAR is a sport that is focused around winning and Kahne hasn’t seen much of that lately. While it was a historic win for him and his No. 5 Team, the door looks to close on this chapter of his racing career after 2017.