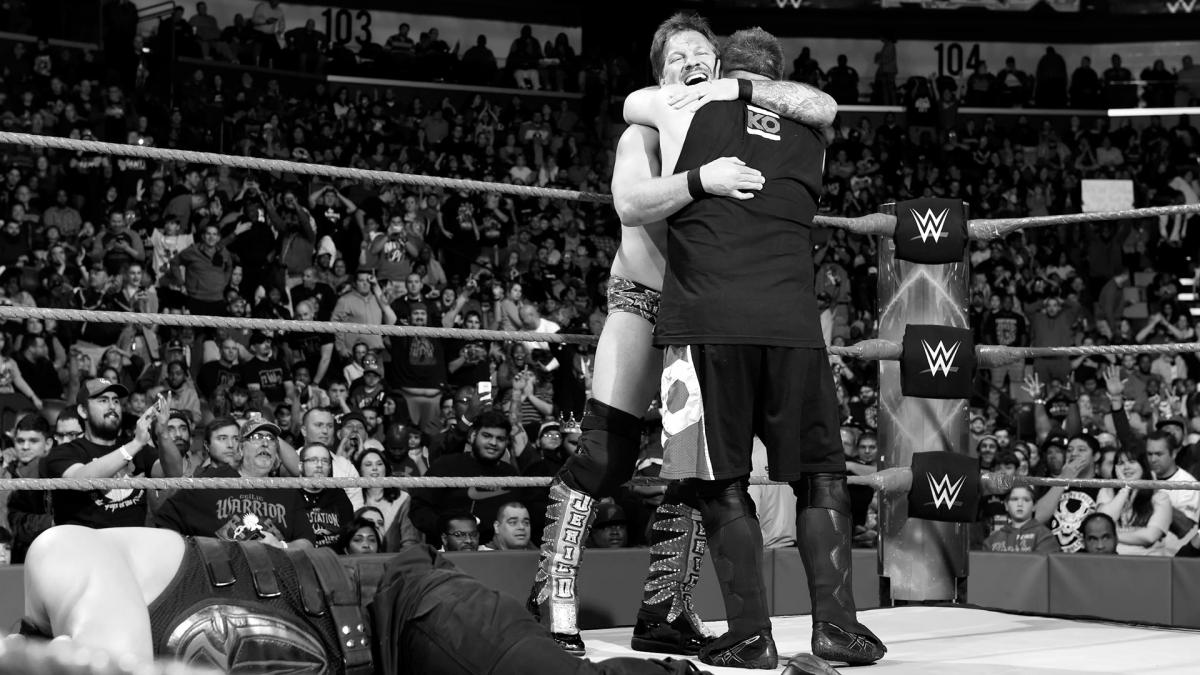 Every week on RAW seems to be the same episode with absolutely nothing fresh and the same old boring matches. I will provide you with the three main highlights of the show as well as the results. If at first, you don’t succeed try again and Roman Reigns has got the number of Kevin Owens and Chris Jericho in the past. This time it was a different story because it was a two on one handicap match for the United States Championship. Even before the match started Owens and Jericho brutally assaulted Reigns from behind into the shark cage and steel steps.

Roman Reigns got in his offense he hit three Superman punches to both best friends. Owens used his traditional apron Powerbomb on Reigns. Then the best friends were not done Owens set up Reigns for a Codebreaker by Jericho to pick up the win and became the United States Champion. Jericho finally won the United states Championship that had alluded him during his legendary career. It was about time that there was a title because the fans hated the US Championship on Reigns. Neville looked to continue his on domination ways on the Cruiserweight division his Dorado. It has been a long time since Dorado made a Raw appearance. Neville picked up some momentum with a series of boots to The Golden Lynx. Then Neville decided to work on Dorado’s arm. The luchador attempted Hurricanrana but Neville had different plans and hit him with a Facebuster. Neville scored a submission victory via the Rings of Saturn. After the match, Neville and Rich Swann got in a fight after he put Swann on the shelf for a couple of years. In was an intriguing tag team match with Sasha Banks and Bayley took on a fierce tag team in Charlotte and Nia Jax. The strategy of Charlotte and Nia Jax to focus on Banks’ injured knee which would make it a handicap match against Bayley. Bayley put a valiant effort she showed off her resilience but Nia Jax was too much to handle and Nia Jax finished Bayley off with a big leg drop.

All the photos were from courtesy the WWE