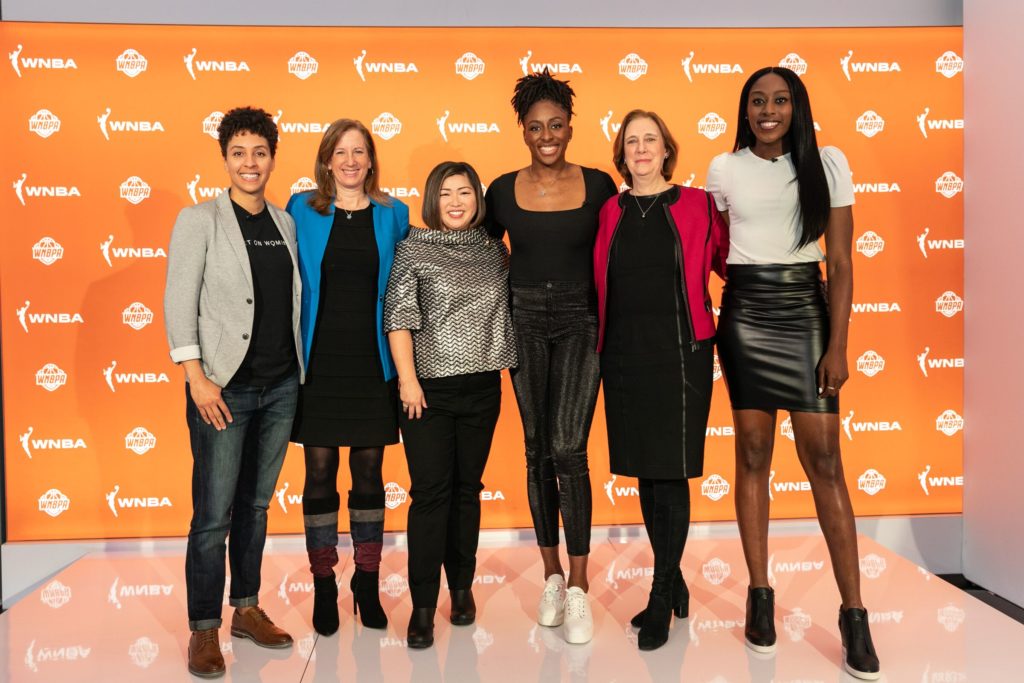 The sports world has been buzzing since the news broke that the WNBA and WNBPA finalized a collective bargaining agreement that outlined several significant changes to the league including increased salaries.

Washington Mystics Standout and 2019 WNBA MVP, Elena Delle Donne said regarding the change, “A historic day. Relentless dedication and hard work by the @TheWNBPA and @WNBA to get this done. #BetOnWomen“

So what does this all mean?

The hard work of the players and the league’s biggest supporters has paid off. People are listening. This is also a step in the right direction for the future of the league. Finally, this agreement shows that the WNBA is here to stay.

As the trending hashtag #BetOnWomen suggests, the league is making a serious financial investment in the women of the league. In a 2019 interview regarding the continuous CBA negotiations, Washington Mystics guard Natasha Cloud said in an interview, “we’re not asking to be paid millions like our NBA, counterparts. We’re asking for enough to be financially stable.” Well, the day has come for the players to finally have enough for that financial stability.

The terms of the agreement provide all players a better quality of life. Some of the main changes include a nearly $100,000 increased base salary for the league’s top players and an increase for all players. It also provides players with more chances for financial cash compensation.

In terms of parenthood and support for players’ families, the CBA provides nursing mothers accommodations to feed their newborns, full salary for any player on maternity leave, and better housing opportunities.

During away trips, the league now has a mandate for each player to have their own hotel room instead of sharing. The eight-year agreement has several other terms to support players on and off the court to be better able to provide as wives, mothers, and breadwinners in their families. This deal changes the future of the game.

Countless people have been voicing their opinions and congratulations on twitter including the host of ‘Around the Horn’ on ESPN, Tony Reali.

Over the years we have actively seen players protesting in demand for higher pay and improved conditions. Skylar Diggins-Smith, a current free agent that was a member of the Dallas Wings during her pregnancy and childbirth openly shared her trials. She protested the lack of options she was provided from finding out she was pregnant and through her maternity leave.

We have seen the league’s social media push to show the women as more than just players, but also their personality, families, fashion, and other aspects of their lives to connect them with fans as a player and as a person.

We have seen the NBA and other celebrities openly promoting the league and the game. Current and former players such as Kobe Bryant, LeBron James, and Russell Westbrook are the first three that come to mind, always showing love for the game, but also showing their respect for the talented women that make up the league.

In terms of coverage, we did see an increase in games being broadcasted across more platforms, more easily accessible, and an overall improved production quality for pregame, postgame, and in-game content.

There have been several people in and around the WNBA working to get to this moment. It is so inspiring to see the investment in these players, respect for their talents, and the reward as they finally get the compensation and coverage that they deserve.

The other big factor of what all this means for the WNBA … they are paving the way for all female sports and honestly, equality in society. It is time to take women seriously in male-dominated fields, such as sports. Whether as a general manager, CEO, administrator, official, coach, or player women can bring the same talent to their role that a man can bring.

WNBA Commissioner Cathy Engelbert and Chiney Ogwumike joined Robin Roberts on Good Morning America to discuss the new changes in the WNBA saying their hopes for this to lead to more changes in society.

We have seen a push for more women in positions of power such as front office roles and head coaches we also see other women in sports such as soccer, demanding more pay. We have to hope that this is a huge leap in the right direction for all women.

Gone are the days of looking at women in sports as soft, slow, girly, and less qualified or less talented. As a former women’s soccer player and current woman in sports, I am encouraged but confident that change is not done yet. Hopefully, by the WNBA investing in its players, then teams’ revenue and fan base will also grow. Hopefully through this CBA, more Players’ associations such as the NWSL and US Women’s Soccer, will be able to use the WNBA as a model for ways to go about financial changes in their own leagues.

It is an exciting, long-awaited moment for the WNBA to reach this agreement to provide players with the salaries and compensation they deserve, but let’s not forget.. this is just the beginning for women and sports. It is a big step in the right direction, but change is not done. The WNBA should continue to work to improve the terms of the current agreement. Women should continue to fight for the positions of power they deserve and other sports should use the framework of the WNBPA and WNBA’s agreement to negotiate a change in their own leagues.

Congratulations to the WNBA on inspiring, being the change, and paving the way for the future of women’s basketball and equality in society!