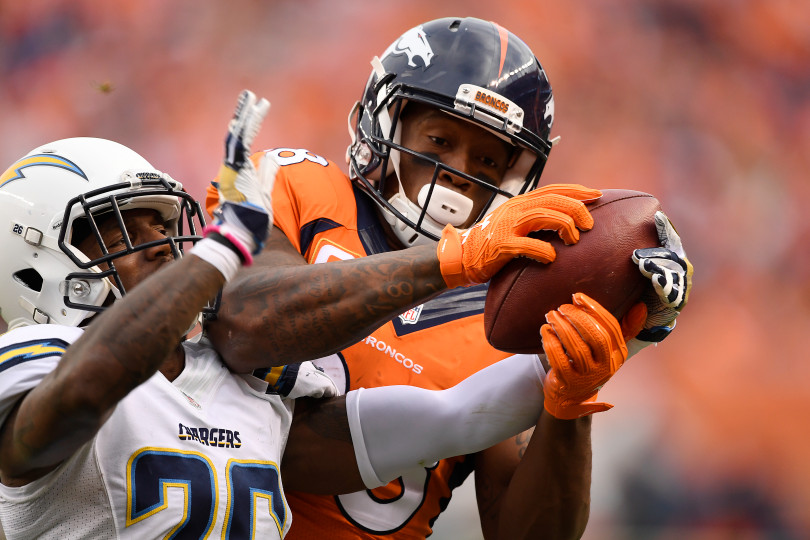 The Denver Broncos hold off the San Diego Chargers at home, defeating them 27-19 in the second and last meeting between the two AFC West foes.

But an injury to Bronco’s defensive coordinator Wade Phillips was the biggest headline coming out of this contest. Phillips was taken to a hospital after getting knocked down by Chargers running back Melvin Gordon who was being blocked during Brady Roby’s 51-yard touchdown return in the second quarter.

The 69-yard-old coordinator was strapped to a backboard and carted off the field. The Broncos said Phillips was alert and had movement in his arms and legs when he arrived at the hospital via ambulance.

Linebackers coach Reggie Herring took over Denver’s defensive calls for Phillips, the Broncos (6-2) had a goal-line stand in the closing minutes and picked off Rivers twice more in the second half.

Denver only turned one of those takeaways into points and that allowed the Chargers (3-5) to stay in it until the end, forcing Denver to make two stands in the closing minutes.

Safety Darian Stewart’s takeaway gave Denver the ball at the San Diego 10, and Devontae Booker’s 3-yard TD run made it 17-7. Safety T.J. Ward’s interception set up the Denver offense at the Chargers 7. But Booker, who was making his first career start for the injured C.J. Anderson (knee), fumbled at the San Diego 2 and linebacker Jatavis Brown recovered.

Broncos Juwan Thompson, who was promoted from the practice squad Saturday, scored from the 1 to make it 24-13.

The Chargers chimed in on the defensive act when cornerback Casey Hayward returned a tipped pass from Trevor Siemian to Jordan Norwood 24 yards for a touchdown that made it 24-19.

The Chargers reached the Denver 2 with three minutes remaining but threw four consecutive incompletions without handing off to Gordon, who had 111 yards on 23 carries.

A mid-fourth quarter Rivers’ pass bounced off receiver Tyrell Williams’ hands and Roby spun around and picked the ball out of the air. He quickly found the sideline, slipped past tackle Joe Barksdale and outran Rivers into the end zone.

After snapping a 10-game AFC West losing streak with a 21-13 win over Denver 17 days earlier, the Chargers lost for the eighth straight time on the road in the division.