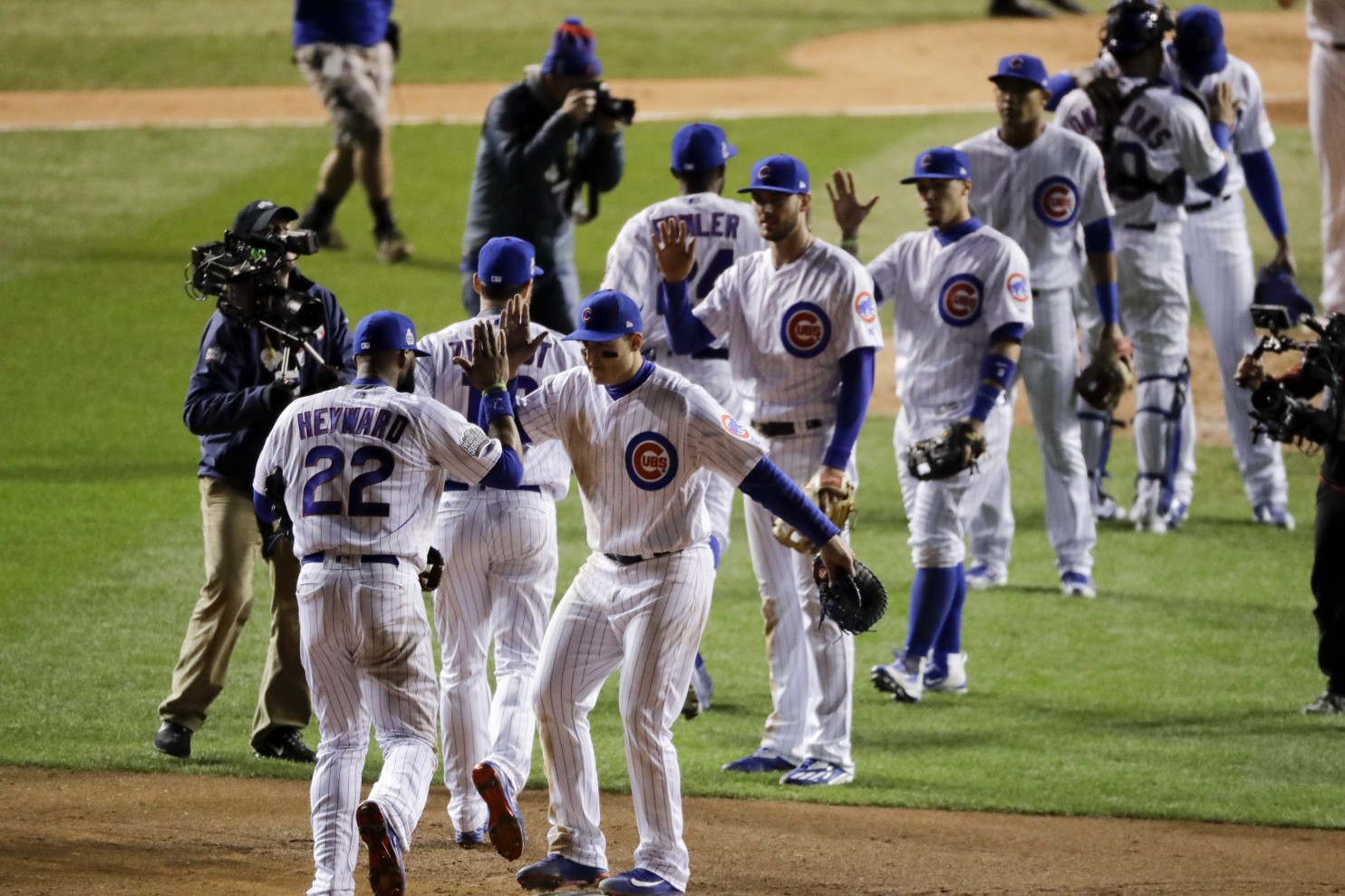 The Chicago Cubs beat the Cleveland Indians 3-2 Sunday, avoiding elimination and forcing a sixth Game of the World Series.

With the win, Cleveland’s lead in the Series decreased to 3-2.

After struggling with runners on base in Games 3 and 4, the Cubs took advantage of their baserunners in Game 5.

Bryant led off the fourth inning with a game-tying, 387-foot homerun.

“High anxiety, a lot of deep breaths and every pitch gets bigger and bigger as the game goes on,” Rizzo said of the game’s pressure.

Two at-bats later, the second baseman Javier Baez hit a bunt single to third base, loading the bases with one out.

The next batter, catcher David Ross, hit a sacrifice fly to left field, scoring Zobrist. With his retirement at the end of the season, Sunday was Ross’ last home game.

Chicago sent eight batters to the plate in the three-run fourth inning. The Cubs had scored 2 runs in the 25 previous innings.

Cleveland manager Terry Francona removed starting pitcher Trevor Bauer after his 29 pitch fourth inning. Bauer received the loss. He gave up six hits, but walked none and struck out seven.

Cleveland third baseman Jose Ramirez homered in the second inning, providing the only pop the offense had. The Indians struggled to capitalize with runners in scoring position throughout the game.

Two innings later, the Indians couldn’t push a run across after a single and hit by pitch put runners on first and second base.

In the eighth inning, center fielder Rajai Davis singled and stole second and third base. However, Cleveland stranded him at third.

The Indian’s only success with runners in scoring position came in the sixth inning when Davis scored from second on a single by shortstop Francisco Lindor.

Cubs closer Aroldis Chapman entered the game in the seventh inning and escaped a jam, stranding the runner he inherited.

Chapman pitched 2 2/3 scoreless innings. He gave up one hit and struck out four.

“That was a big ask and he answered,” Francona said of Chapman’s extended save.

“That was an unbelievable win,” Bryant remarked.

The Series travels to Cleveland where Game 6 will take place Tuesday night. Jake Arrieta will pitch for the Cubs, and Josh Tomlin will take the mound for the Indians.

Tomlin pitched 4 2/3 scoreless innings against the Cubs in Game 3. Arrieta owns a 3.78 ERA this postseason.

“We feel good about it,” Bryant said of how the team feels about the Game 6 matchup. “We always feel confident …”

Chicago aims to be the first team to recover from a 3-1 Series deficit since the 1985 Kanas City Royals. No team has done this by winning its final two games on the road since the 1979 Pittsburgh Pirates, according to ESPN.