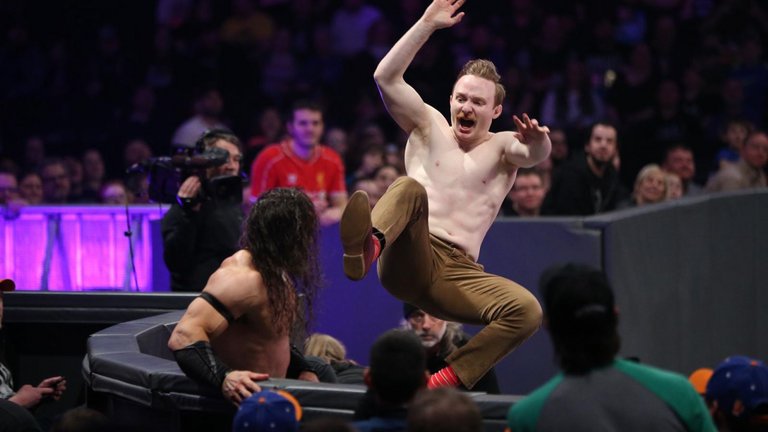 It was the last episode of 205 before WWE Fastlane Pay-Per-View and for the most part, it was a great episode I will provide my thoughts as well as the results. The Brian Kendrick told Tozawa another lesson he said before they have another match he needs to learn how to speak English first. It was a very intriguing six-man tag match with a bunch of chaos and high flying moves all through the match. As the action spilled to the outside of the ring, Mustafa Ali took down Daivari and Gulak. Nese shifted his focus and he took advantage of  Perkins. Gulak, Nese, and Daivari all got the best out of TJ Perkins. However, Perkins was very resilient and fought back. The finishing sequence of the match had Tony Nese and Perkins left in the ring together. Nese picked up the victory for his team via his devastating running knee in the corner.

Neville came out and addressed Jack Gallagher before they meet at Fastlane pay-per-view for the WWE Championship. He stated that before he arrived the Cruiserweight division was lost. Neville went to say that Gallagher was not even on his level and he will prove it at WWE Fastlane.

Gallagher had enough of Neville’s words and the two were fighting on the outside of the ring. The lasting image of 205 Live was when Gallagher hit a running Dropkick to Neville. This match will be incredible at Fastlane due to the clash of different styles. It will be interesting to see who will be WWE Champion walking out of Fastlane.

All the photos were provided by courtesy of the WWE