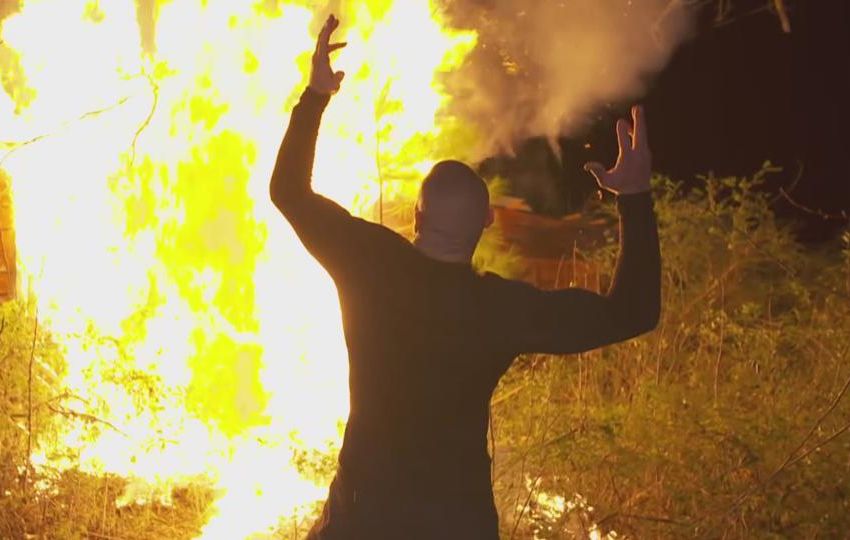 Last night it was an explosive edition of SmackDown that had a lot of ramifications leading up to WrestleMania. As I always provide my thoughts. The ending of SmackDown was beyond epic. Bray Wyatt was is cutting a promo then The Apex Predator suddenly appeared on the TitanTron.Orton was Compound and he explained that underneath the ground he was standing on was where Sister Abigail laid. Orton then proclaimed that he was going to burn the spirit of Sister Abigail to death and watch Bray burn with her.

Orton declared that he was coming for Wyatt and his WWE Championship at WrestleMania. It was the first time that Bray Wyatt was vulnerable and he was crying. Then Orton set the compound lit with gasoline and then set Sister Abigail’s resting place ablaze. Following the controversial conclusion to last week’s number one contender’s Battle Royal match where it ended in a draw. Both these men put on an excellent match as expected. There was a controversial moment when AJ Styles landed The Phenomenal Forearm for the victory, but Harper got his foot on the ropes the referee did not see it. However, SmackDown LIVE Commissioner Shane McMahon came out and restarted the match.

At one point of the match, Shane and Styles got into a heated debate. Then Harper accidentally connected with a Superkick on Shane.The match was restarted and it all on the line. AJ Styles hit The a Springboard 450 Splash on Harper. He became the number one contender for the WWE Championship and he will headline WrestleMania.

The Miz kicked off SmackDown Live with a special edition of Miz TV with his special guest. Both went back and forth on the mic with disses to each other The Miz called Cena a sellout. Cena won the battle because of his punchlines on The Miz. The situation got interesting Maryse slapped Cena. As a result, Nikki Bella came out to even the odds. The Miz and Maryse escaped for now but this feud is just starting.