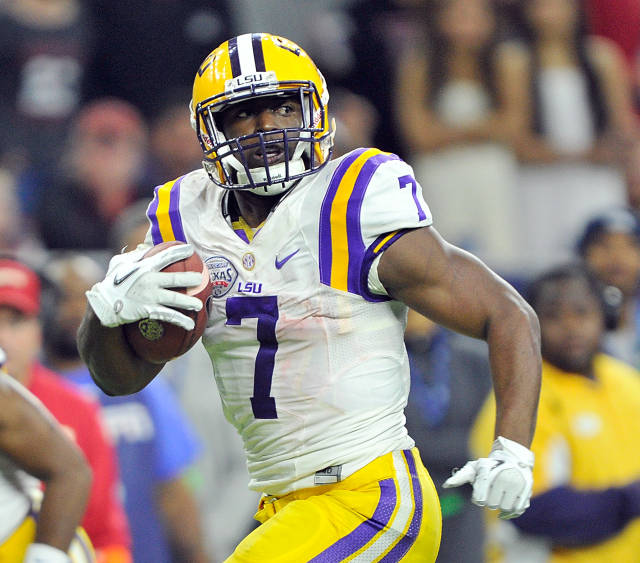 LSU’s running back Leonard Fournette weighed 240 pounds at the combine weigh-in, which makes him the heaviest running back in the draft. At his size, some coaches are concern that he may gain extra weight or not be productive on the field.

“I think it has to be a little bit of a concern,” said NFL.com analyst Lance Zierlein. “He’s a big man, but the bigger he gets, the less quickness he is likely to have and quickness matters in the NFL. There have been plenty of running backs who have come into the league and decided to slim down once they experience the speed of NFL defenses. My guess is that he will be told he is too heavy by some NFL teams and he will come in lighter at his pro day.”

During time playing for the Tigers, Fournette has shown that he has the speed to finish plays, pass protect, bounce to the outside, avoid would be tacklers, and is hard to bring down. Fournette is listed as a power back, but when he gets out in the open, it puts a lot of pressure on opponents’ defense.

Fournette demolished anyone that got in front of him. Despite missing five games last season he ran for 843 yards and had eight TDs on 129 carries. His work ethic speaks for itself and coming into the draft being the heaviest guy, he has to understand that he has the odds stacked against him.

Time in and time out, running backs that were over 210 had to lose some weight to remain agile or keep in shape.  Different coaches may want to speed the game up, while other coaches will give their running backs 20 to 25 touches a game. Coaches want their players to understand that it is essential to be in shape so that they could help out their team any way that they can.

With draft day approaching, Fournette needs to have an outstanding combine to dissolve any argument about his weight.