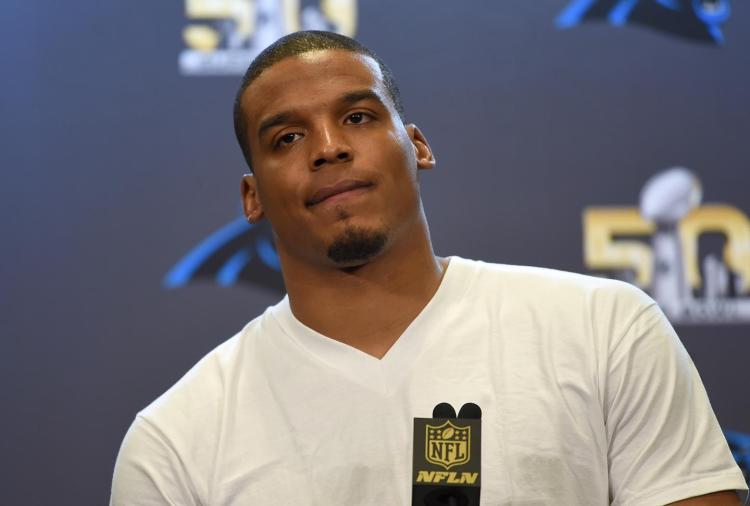 Cam Newton spoke with the media for roughly 18 minutes in Charlotte today. However, the topic wasn’t football.

CHARLOTTE — Cam Newton came to the podium today ready to give clarity on everything that has been going on over the last 72 hours. However, it wasn’t about the poor performance against the Saints. Nor was it about the upcoming game at New England. Newton wanted to address the meeting he and others had with the owner, Jerry Richardson. In addition, why he didn’t protest and if the opportunity still presents itself.

“Well to be honest, if we would have came together and spoke about it, I believe I would have done something,” Newton said. “One thing I don’t want to do is make an irrational decision in the spur of the moment.”

Newton admitted that he knew what was said by the president. However, his energy was focused on the game against the Saints.

“It didn’t allow us to unite as a team and think this is what we’re going to do. If we were playing on Monday or another day, we probably would have had something more together. That’s how I feel.”

Though this past weekend protests, solidarity, and unity was displayed across the League. Newton mentioned it’s not about a particular day it’s about getting the word out there.

“It was popular to do something this past Sunday, but it is still an ongoing situation in this country. If we don’t do something now to show people that come to the stadium and watch us on Sundays, ” Newton said.

The Meeting of the Minds:

Yesterday, the Charlotte Observer reported that Jerry Richardson met with the captains of the team and others leaders. Later the day, the Panthers spoke person confirmed that meeting and mentioned the details would remain private. Newton spoke about what that meeting entailed.

“We just wanted to meet with Mr. Richardson to discuss certain things that were on our mind and our hearts from different perspectives,” Newton said. “The different people that were over there come from different backgrounds and have different views. One thing about it is that we agreed that everyone is entitled to their own thought process, so to speak.”

Newton made it clear that the meeting was “productive.” In addition, he mentioned that Richardson is in support of anything they decide to do. However, he just has his players best interest at heart.

“That’s anything. If I were to say certain things outside football right now, I’m pretty sure it would have its benefits and backlashes,” Newton said. “It was just him being more concerned about our well being and for the people who don’t know Mr. Richardson and can’t understand or doesn’t know that side.”

Newton hinted that the team could possibly do a protest. However, he reiterated that it’s not about disrespecting the flag or veterans.

“I just think you have to watch and see. But by no means we don’t want to {offend} anybody,” Newton said. “Nobody who has protested meant for it to be disrespectful to the United States flag or whatever demonstration of a protest that person had.”

He added, “Personal beliefs that individual believes in the amendments and U.S. by laws you have to give that person respect whether we agree with that person or not. They still have the right to feel a certain type of way. You just have to respect that.”

This is Personal for Newton:

Newton wanted to make sure people understood the purpose of the protest. He mentioned growing up he saw the racial divides firsthand.

“I’m from Atlanta, Georgia by way of College Park. It’s a lot of stereotyping, a lot of cultural division in those areas,” Newton said. “The person I am now. If I were to see a person of a different race, of course I am going to get their best behavior.”

He added, “But when you go back to that area, as Atlanta represents themselves in different zones of the police precinct – a person growing up walking down the street may not have the same cushion, so to speak, from a policeman or whatnot.”

“That’s what I mean. It’s my job, it’s my duty, it’s my fine print as a person that people do look up to and people love to critique, that I represent those people. And knowing that we haven’t been getting our just do,” Newton said.

Lastly, Newton made sure to pay homage to Colin Kaepernick who started this movement.

“That’s a legend right there. For him to think outside of himself, to raise awareness of something,” Newton said. “We 365 days removed from his initial stand, and now here we are still doing the same things. And now everybody is understanding what his reasoning was. I respect that.”

Before concluding the press conference, Newton spoke about unity.

“I want everybody to come together. We get nowhere separated. People that are looking down upon other people, you don’t get nowhere with that. We all are created equal,” Newton said. “That’s how I feel about this whole situation. We need to find some type of way to come together to make this situation better. Because where we are going now, it’s not healthy.”