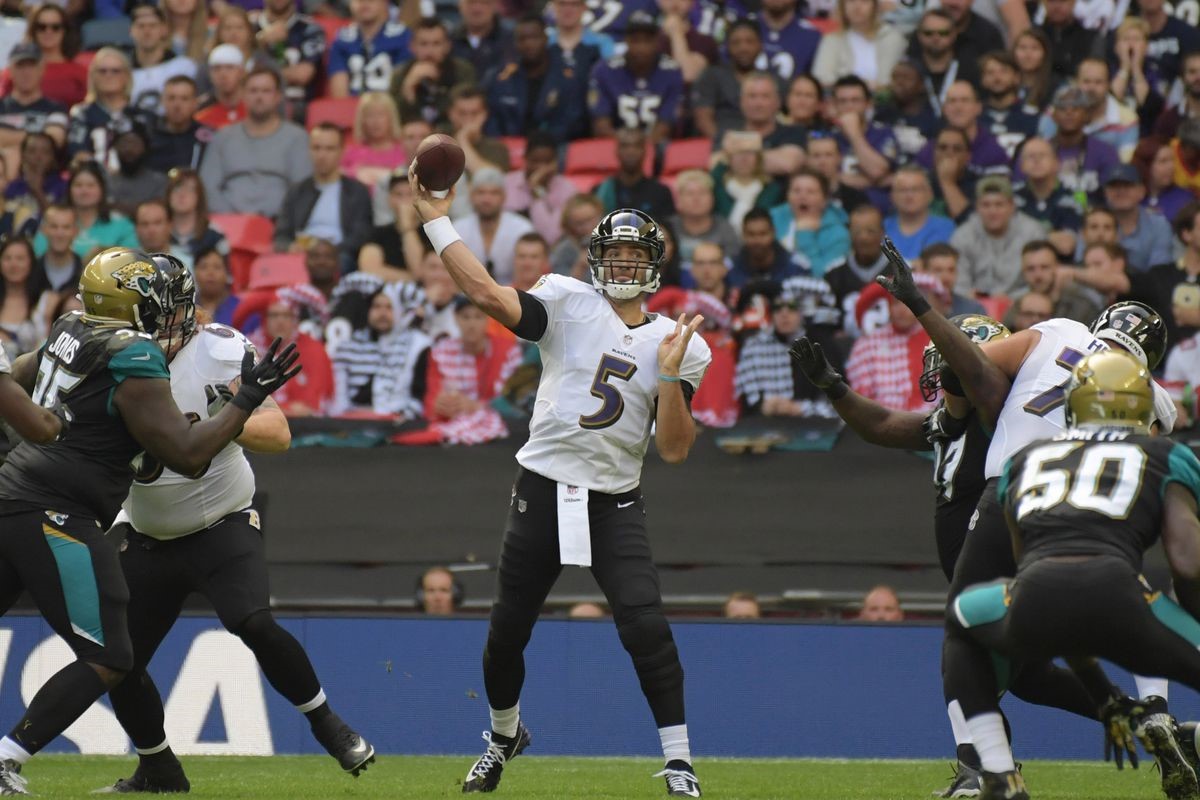 This may not come as any surprise, but the Baltimore Ravens have had very poor offensive line play for their first three games of the season.

Baltimore has seen their fair share of injuries along the offensive line. Before the season began, offensive linemen rookie Nico Siragusa (torn ACL) and second-year man Alex Lewis (shoulder) were lost for the season. Lewis was a starter in eight of ten games that he played in last season. Siragusa saw snaps at left guard during mini camp as well.

All-Pro offensive guard Marshal Yanda fractured his ankle against the Cleveland Browns and is now out for the season as well. After losing Yanda, Baltimore looked completely inept on the right side of the line. Austin Howard, the usually steady right tackle, was bullied on Sunday by the Jacksonville Jaguars and especially Yannick Ngakoue. Yanda’s replacements in Matt Skura and Jermaine Eluemunor saw their first snaps in NFL action.

Skura and Eluemunor weren’t very successful either, although Eluemunor played a bit better. Skura, standing in at 6’3, 305 lbs, isn’t the largest of linemen. He was recently called up from Baltimore’s practice squad, but he had seen most of his time during the preseason at the center position.

Eluemunor is a big guy, standing in at 6’4, 337 lbs. Despite this, he’s a rookie and rookies tend to have their issues, especially at the offensive line position. Many times, Jacksonville nose tackle Abry Jones and defensive tackle Malik Jackson got into the offensive backfield, putting hits on Ravens quarterback Joe Flacco and flattening the running game.

To make matters worse, Baltimore hasn’t fared much better at center and left guard either. Baltimore center Ryan Jensen has had his issues with penalties, particularly holding calls. This season, Jensen has had three holding penalties called against him (two accepted), for 20 yards. Starting left guard James Hurst has allowed one sack this season for ten yards, but he has had Flacco on the run for most of the season. Left tackle Ronnie Stanley has played fine for the most part, but he had his struggles as well.

What Baltimore Can Do to Fix Their O-Line

The Ravens need to keep beefing up their offensive line. As of right now, Eluemunor gives the Ravens the largest and strongest option at the right guard position. At left guard, Hurst just doesn’t make the cut. He doesn’t have the strength at the position to be a starter. To remedy this, Baltimore should look to place either backup center Luke Bowanko or offensive guard Tony Bergstrom at left guard, once they get a hold of Baltimore’s offense.

The Ravens need to give its offensive line some help in the backfield as well. Running back Alex Collins and tight end Nick Boyle have been good in pass protection. For that reason alone, they should be rewarded with more playing time. Collins has also ran the ball well and had 82 yards on just nine carries in Sunday’s game.

Offensive coordinator Marty Mornhinweg has to get creative with his play-calling as well. Baltimore’s offense tends to get vanilla as the game goes on. Baltimore strays away from what it does best, blocking during play-action passes. When Baltimore runs the play-action, they fake out the defensive line, buying more time for Flacco.