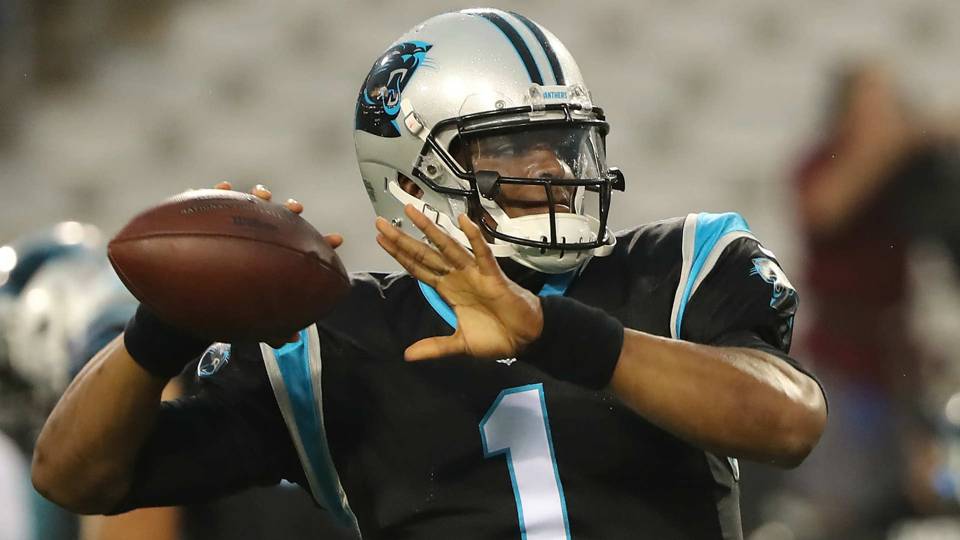 Cam Newton wanted more time on the field against the Jaguars because he feels he’s behind. However, he didn’t disappoint in his exhibition debut.

JACKSONVILLE, Fl. — We all knew that Ron Rivera wasn’t going to throw his franchise quarterback out to the wolves. Well, in this case, the Jaguars. Nonetheless, the opening drive was the only live action Newton saw. But, he admits, he wished he would’ve played a little more.

“I was excited when they told me I was able to play, and they didn’t tell me how much,” he said after the 27-26 victory in Jacksonville. “I wish I would have played a little longer. I feel behind in a lot of ways, but the optimism of this game is that we did have a great first drive.”

The opening drive ended with a 9-yard slant touchdown pass to Kelvin Benjamin. Newton would end the night with a perfect stat-line. He was 2/2 for 21-yards and one touchdown. The entire drive was 10 plays for 75 yards that included many handoffs allowing Panthers’ running backs to rush through the Jaguars defense.

“That’s Carolina football,” Newton said. “Outside the little cuteness that we can give a lot of fluff every now and then. But seeing (Jonathan Stewart) 28, (Christian McCaffrey) 22, (Fozzy Whittaker) 43, (Cameron Artis-Payne) 34 those guys running downhill at you. Having linemen on a second level. We have very athletic linemen. Seeing those guys attack the defense that’s when we can set the tone.

Carolina did set the tone while Newton played briefly. In addition, he showed that he can control a game by his presence. His throws were accurate and the entire offense fed off his energy. However, with limited time playing and the Panthers being very cautious with him. Now comes the question will he be ready for opening night in San Francisco, especially if he doesn’t play this coming Thursday in the final preseason game.

“Absolutely, I don’t have a choice.”

What’s Next for Newton:

"I'm just trying to be as coachable as possible.." pic.twitter.com/P6GKMW9N3t

Newton didn’t ask Ron Rivera to get back on the field because he wants to be as “coachable” as possible. He also stated as long as the coaching staff was content with his production then he is as well. Rivera was noncommittal on if he will play Newton this coming Thursday vs Pittsburgh. So, this means Newton much continue to shake off the rust during practices and be prepared to start on September 10th at San Francisco.