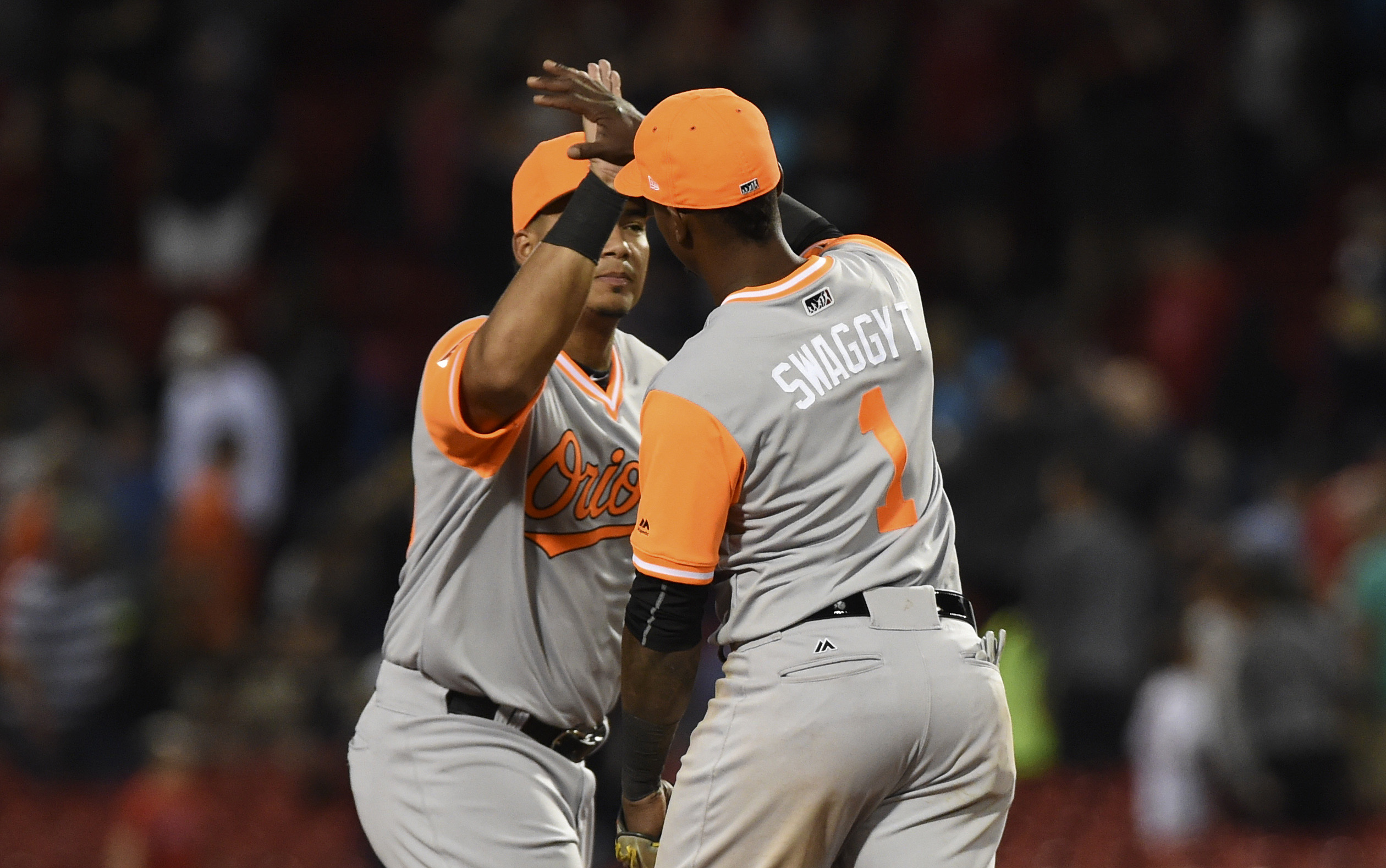 The Baltimore Orioles (62-65) went into the weekend coming off of a nail-biting series win versus the Oakland Athletics. In Friday’s night game, that momentum seemed to overflow.

BOSTON, Ma. — The fourth place Orioles would take on the division leading Boston Red Sox (73-54). Baltimore desperately needed a win to stay within striking distance for the second AL Wild Card spot. Everyone knows how the old adage goes: desperate times call for desperate measures. Those desperate measures came in the form of an offensive outburst.

Donning their “Players Weekend” uniforms, which featured neon orange sleeves and players’ nicknames on the back of the jersey, the Orioles got off to a hot start. During the top of the first, with Manny Machado on third base and Jonathan Schoop on second, Adam Jones was able to reach first on a throwing error from Red Sox pitcher Rick Porcello. That error allowed for Machado to score and Schoop to go to third base.

Later during the inning, Trey Mancini came to the plate. He was able to smack a fly ball to center field, which was caught by outfielder Rajai Davis. Schoop was able to score on the sacrifice fly from Mancini. At the time, the Orioles were up 2-0.

Baltimore would score three more runs in the the top of the second inning, starting with a home run from Mark Trumbo (20). Machado would hit a single, scoring Seth Smith and advancing Tim Beckham to second base. On an interesting play, Schoop would strikeout, but Beckham would score and Machado would steal second base. A throwing error was charged to Boston’s catcher Sandy Leon.

Later in the inning with Boston at-bat, Xander Bogaerts hit his eighth home run of the season off of Jeremy Hellickson, scoring Mitch Moreland The score sat at 5-2. Baltimore would answer in the third inning with a Chris Davis home run (21). There was a break in the scoring during the fourth inning between both teams, but Baltimore’s offense erupted in the bottom of the fifth inning.

With Schoop on, Mancini singled, scoring Schoop. Smith would later single, scoring Davis and Trumbo and advancing Welington Castillo to second base. Beckham would hit his 15th double of the season, scoring Castillo and Smith. Schoop would come to the plate for a second time during inning, hitting a single and scoring Beckham. Machado moved up to second base on the play. Finally, Jones singled to left field, scoring Machado and advancing to second on a throwing error. Baltimore now had the massive lead of 13-2.

Boston didn’t have much of an answer for Baltimore’s offense. They were only able to score one run off of the bat of Leon, with Rafael Devers scoring in the fifth inning. The Orioles would keep pouring it on with a Mancini triple in the seventh inning, scoring Schoop and Jones. Davis would score Mancini on a sac fly. Baltimore would ultimately win the game 16-3.

The Orioles are now tied for third place in the division, but sit 10 games out from Boston. They have much more manageable climb to the AL Wild Card. The Orioles currently sit three games behind the Minnesota Twins (66-62) and 5.5 games behind their division rivals, the New York Yankees (68-59).