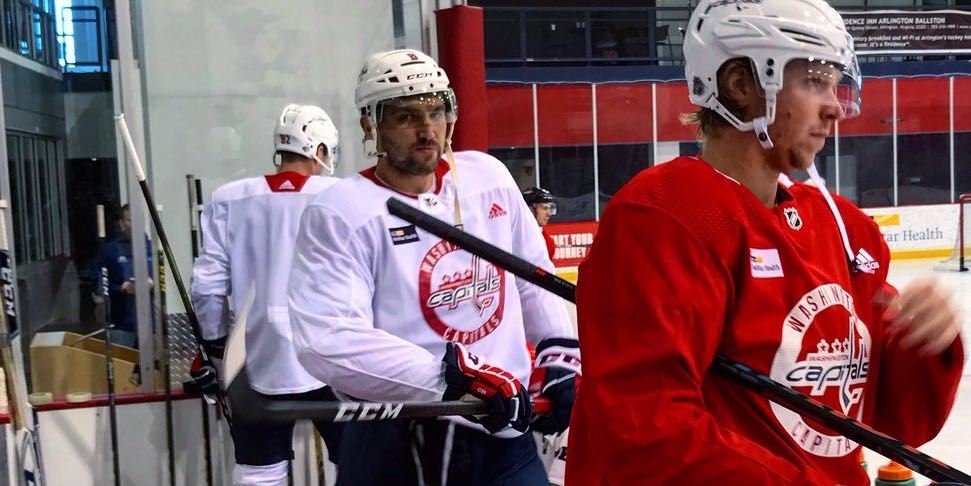 On the same day that most kids went back to school, party time came to an end for the reigning and now defending Stanley Cup Champions; as the Capitals held their first informal workouts.

The Caps took their celebration with the Cup to a whole new level this summer; so much so that Keeper of the Cup Philip Pritchard, requested that the players no longer perform keg stands in order to avoid any damage to the Cup.

Now that celebration time has come to an end, the Cup will be taken apart and assessed for damage and be engraved with the Capitals’ names before returning to Capital One Arena for the season opener.

Players including Conn Smythe Winner Alex Ovechkin and Evgeny Kuznetsov have posted workout videos on social media over the past few weeks; but Tuesday marked the first practice at the newly renamed Medstar Capitals Iceplex for Ovechkin, Nicklas Backstrom, and Braden Holtby.

In total, 19 skaters, including prospects and all three goaltenders, showed up for the first day of hockey’s version of voluntary OTAs.

The Capitals return 11 of their 12 top forwards and all six defensemen from the team that won the Cup in June; only losing center Jay Beagle to the Vancouver Canucks in free agency. In addition to Beagle, the Caps also failed to retain head coach Barry Trotz, associate coach Lane Lambert, and director of goaltending Mitch Korn; all now in the same positions on the New York Islanders coaching staff.

Todd Reirden received the promotion from assistant coach to head coach just under two weeks after Trotz’s departure; and as a defensive specialist Reirden has acknowledged that one of his biggest challenges is replacing Beagle’s spot on the Capitals penalty kill unit.

The Washington Capitals open training camp on Thursday September 13th before opening their preseason schedule on Sunday September 16th. The defending champs will raise their first Stanley Cup Champions banner at Capital One Arena before the season opener on October 3rd.