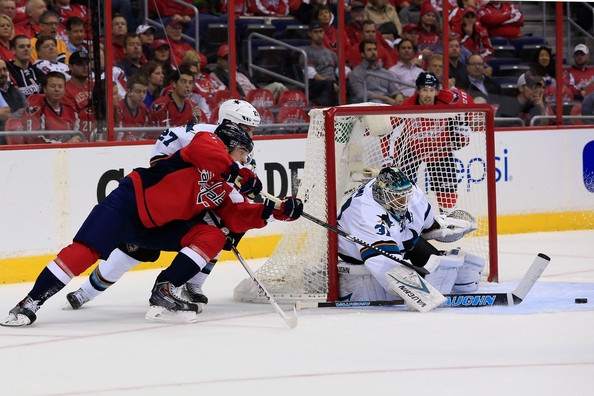 Tuesday’s game was the Shark’s first shutout of the season and the first time an opponent shutout Washington this year.

Both teams failed to piece together an offensive push, as both kept the puck out of their deep defensive zones.

The amount of time spent around the neutral zone resulted in the Capitals putting 4 shots on goal during the first period. Washington shot 24 on the night. San Jose managed 23 shots.

The Sharks stopped the attacks the Capitals could manage by smothering the puck when it reached their defensive zone. San Jose had 21 blocked pucks on the night.

“I didn’t think we played poorly at all,” Washington head coach Barry Trotz said, according to ESPN. “They did a really good job defending, so you had to really fight to get in the interior.”

Neither team scored in the game’s five power plays. Washington started the game 21st in the league in power play conversion percentage. The Capitals have scored in 13 percent of their power plays on the season.

Defenseman Marc-Edouard Vlasic scored from the blue line at the 12:23 mark of the second period, putting San Jose on the board. Forwards Joe Pavelski and Joe Thornton passed the puck to Vlasic for the assists.

With 1:32 left in the game, Thornton scored an empty net goal for the Sharks’ third and final tally of the game. Former Capital Joel Ward earned the assist on the play.

“We’re one step ahead of doing nothing and doing really bad,” Capitals defenseman John Carlson said, per Comcast Sports Network. “We have to do better.”

“That was a big win for us, just to kind of right the ship a little bit,” San Jose goalie Martin Jones said, according to ESPN.

The Sharks had lost their previous four games.

Washington forward Marcus Johansson left the game clutching his upper-body after a Shark smothered him against the boards. He later returned to play.

Trotz did not receive a report from team trainers after the game, according to CSN. Trotz will report on Johansson’s status during practice Wednesday.

The loss dropped Washington’s record to 8-3-1. The Capitals hold third place in the Metropolitan Division.

The second place Sharks of the Pacific Division improved to 7-6.

Washington will travel to Chicago to face the Blackhawks Friday. San Jose plays the second game of their six game road trip Thursday against the Florida Panthers.