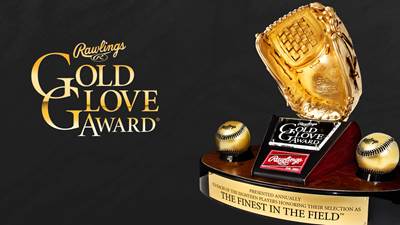 The Rawlings Gold Glove Awards ceremony revealed the winners of the honor Tuesday.

Nine players won their first career Gold Glove Tuesday. These players have an asterisk next to their name in the graphic.

Kansas City Royal Salvador Perez took home the honor for the fourth consecutive year and the fourth time in his career. Royals have won at least one Gold Glove Award every year since 2011. During that period, Royals have earned 12 of the awards.

Cleveland Indian Francisco Lindor’s victory came after his first full season in the major leagues. Lindor is the first Indian to win a Gold Glove since center fielder Grady Sizemore did in 2008. Lindor’s victory ended the league’s longest active drought at eight years.

The award was the first for Atlanta Brave Ender Inciarte.

The fourth Gold Glove for Chicago Cub Jason Heyward was his third consecutive honor. Heyward has won each of these three awards with different teams.

No Baltimore Oriole received the honor, breaking the team’s streak of five straight years with at least one winner of the award. In that five year span, Orioles earned 12 Gold Gloves.

The Washington Nationals prolonged their drought to four years. First baseman Adam LaRoche was the National’s last recipient of the award in 2012. Rawlings has nominated at least one National every year since then.

For the first time in nine years, no St. Louis Cardinal won a Gold Glove Award. Cardinals earned 12 of the honors in that span. St. Louis’ winless year brought the league’s longest active win streak to a close.

The Colorado Rockies own the new longest active win streak. At least one Rockie has earned a Gold Glove every year since 2010. Since then, Rockies have won 10 awards.