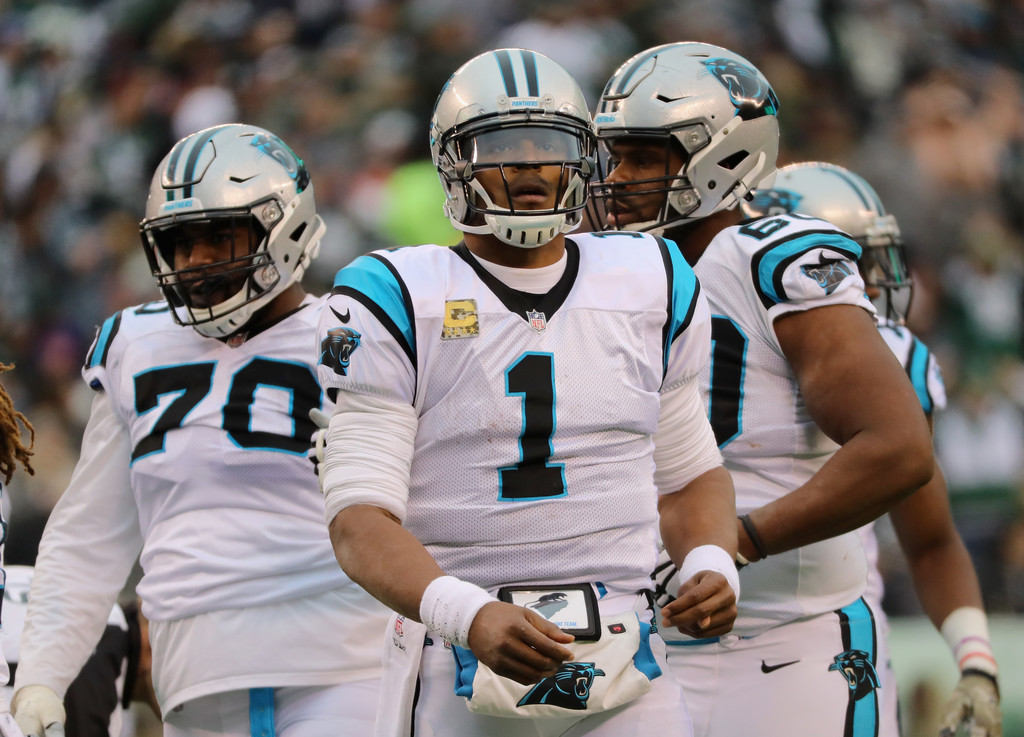 The Carolina Panthers offense was out of sync against the New York Jets. However, special teams and the defense bailed them out late in the fourth quarter.

EAST RUTHERFORD — Championship teams find a way to win regardless of any adversity they are facing. Today, the Carolina Panthers looked like a championship type team. Yes, the offense wasn’t its best. In addition, the defense allowed the New York Jets to stay close. However, when it mattered most, the Panthers kept pounding and defeated the Jets, 35-27.

“It wasn’t blockbuster outing offensively for us statistics wise,” Newton said to reporters post game. “But at the end of the day, we found ways to win the football game.”

He added, “You have to have those type characteristics and those genetics to grind out a win.”

Newton has had better days. He finished the night completing 11 of his 28 pass attempts for 168 yards and had one rushing touchdown. In addition, he was sacked three times for a total loss of 14 yards and had a quarterback rating of 59.8. The Panthers also finished 3-of-14 on third down.

Nevertheless, the Jets didn’t do much better. Josh McCown played a phenomenal game, completing 19 of his 36 pass attempts for 306 yards and three touchdowns. However, he too struggled on third downs as the Jets went 5-of-14.

But the turning point was the sole turnover which cost the Jets the game. Panthers defenders swarmed McCown and he fumbled the ball. Luke Kuechly scrambled towards the loose ball and ran it back for a touchdown.

“I saw the ball pop out,” Kuechly said. “They just tell us always run to the ball no matter where it is and luckily it scooted out… I was just trying not mess it up.”

Special teams and the defense helped lead this team to victory which made Panthers head coach Ron Rivera pleased. He mentioned they were a “big boost” to the offense which was struggling.

“We were just off. We missed some opportunities,” Rivera said. “Whether it be, a route, a throw, a block, or a run. Those are things we can most certainly clean up as coaches.”

The Panthers are facing the leader of the NFC South, the New Orleans Saints, next Sunday. Right now, everyone is wondering about the status of Greg Olsen. He re-aggravated his foot and didn’t return to the game in the second half. He mentioned it was precautionary and vowes he will be ready for next week against the Saints. The Panthers and Saints will kick-off on FOX at 4:25 p.m.