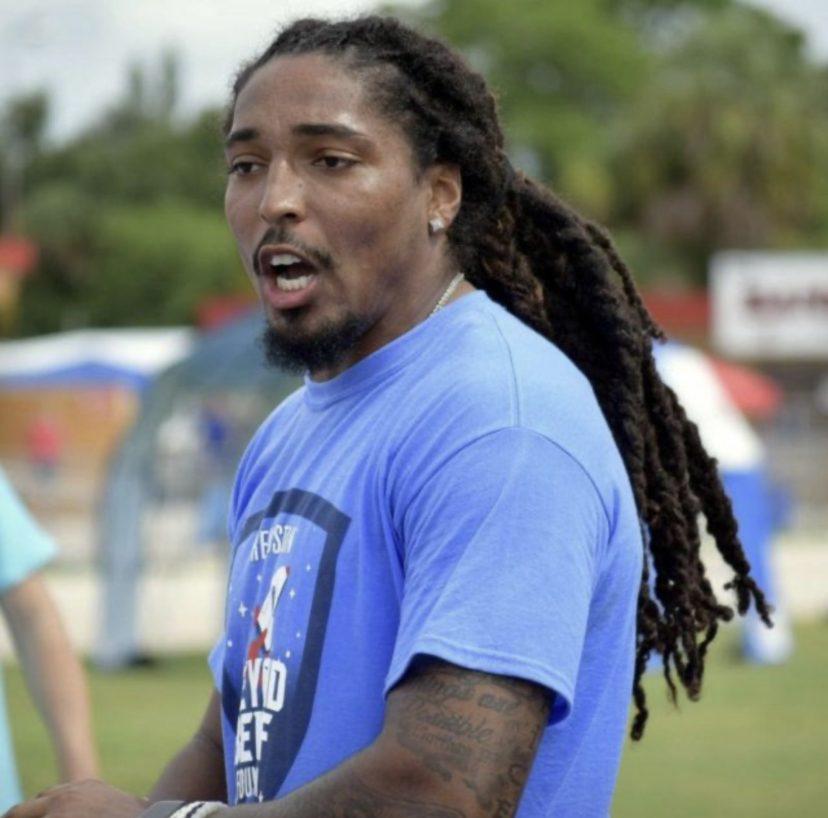 If you know anything about Tre Boston, you know that he’s guaranteed to up the energy level no matter the setting. The Carolina Panthers safety is the Energizer Bunny in human form and he’s using that drive to encourage the under-served youth. Tre Boston Beyond Belief Foundation was formed with a mission to educate the underprivileged. Boston’s mother, Iris De Hoyos wants to be clear that the foundation instills hope.

“The Beyond Belief Foundation gives kids the hope of breaking out of generational cycles and other challenging immediate circumstances. Our message is that education is the best avenue to achieve these goals. This is why we (TBBF.org) go into alternative schools, detention centers, abuse shelters, and at-risk programs. With a good education, they can go beyond learned behaviors, beyond current circumstances, and beyond belief.”

In addition to its focus on education, the foundation also looks to foster positive relationships between the community and law enforcement. In a country where tensions have boiled over due to an epidemic of police-involved murders of unarmed black men, Boston understands the importance and sensitivity of the subject. The key, according to Boston, is getting both sides in accordance but it’s not easy to get kids to “look past the scary picture”. Boston believes that some of the issue stems from officers not necessarily being from the same communities that they are tasked to police. A strong, close relationship with the Fort Myers Mayor, Randy Henderson, Boston has engaged in in-depth conversations about their goals for the city.

In the future, Beyond Belief, hopes to expand their efforts through added programs. Among those, Boston wants to establish an after school program – a safe haven where children can hear from successful people who grew up in Fort Myers. Boston stresses that the goal will be to show the young men and women that success can wear many faces – you don’t have to be an athlete or entertainer. The program will be free, much like the camps the foundation hopes to start up. “I don’t want finances to be the reason a kid can’t participate,” says Boston.

While free stuff is cool, Beyond Belief wants to take a step further and involve the parents. “More knowledge is what I want to obtain for kids and parents,” says Boston. “I want to get parents more informed on how they can help their children.”

The Beyond Belief Foundation wants to act quickly, but sustainability is key with the foundation working on a 5-10 year plan. Tre and Beyond Belief are recipients of a player matching grant from the NFL’s Inspire Change initiative.

Since April 2018, more than $25M in grants have been awarded to social justice organizations as part of the initiative which showcases the collaborative work by players, teams, and the NFL. Inspire Change is committed to conversations and actions that move us toward a more equal and just tomorrow through three main areas of focus: education and economic advancement, police and community relations, and criminal justice reform.