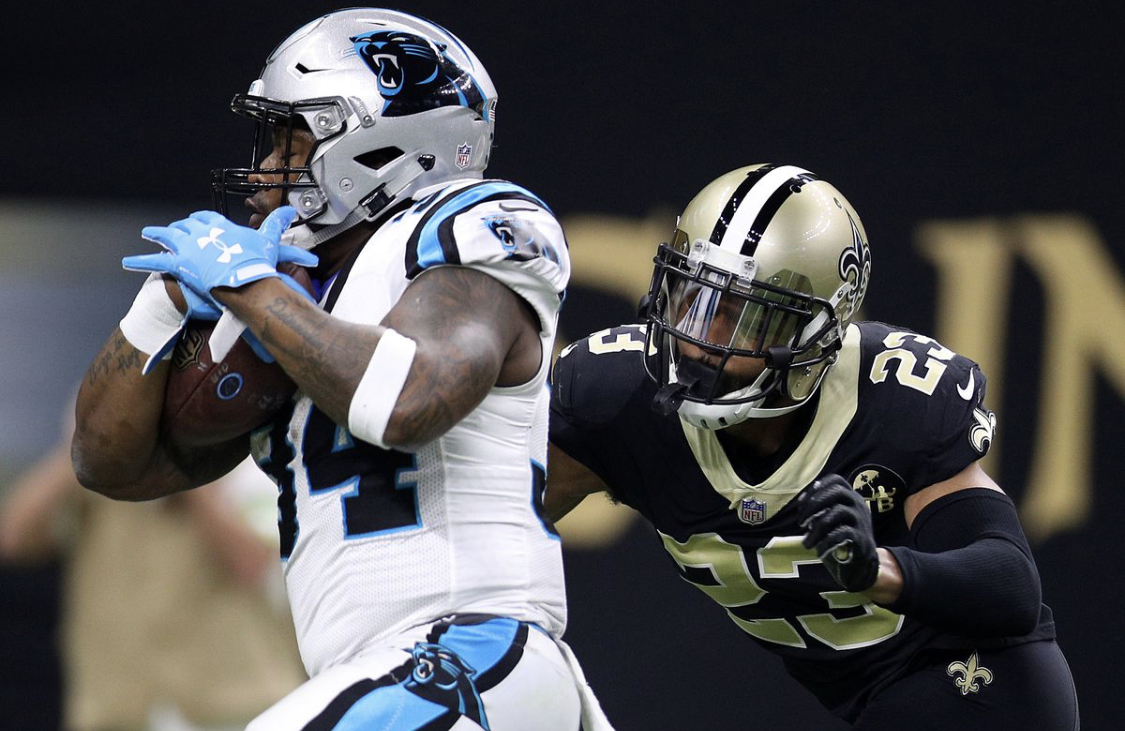 With nothing left to play for, both the Carolina Panthers and the New Orleans Saints went into the Week 17 game viewing it much like a fourth preseason game. The final preseason game is an opportunity for those on the “bubble” to showcase their skill set in hopes of making the roster. In this case, guys will try to make their case to stay on the roster.

Both the Panthers and the Saints were without their franchise quarterback with Cam Newton out with a sore shoulder and Saints head coach Sean Payton choosing to rest Drew Brees in preparation for the playoffs. Teddy Bridgewater got the start. The Saints also rested starting running back Alvin Kamara. There was an additional name on the inactive list for the Panthers – wide receiver Devin Funchess. Funchess, who becomes a free agent this offseason, was a healthy scratch.

With Panthers backup Taylor Heinicke on injured reserve, Kyle Allen was the third starting quarterback for the Panthers in as many games. Allen, signed from the practice squad last week, showed confidence in poise, leading the Panthers down the field to touchdowns on their first two possessions of the game. Running back Christian McCaffrey finished his season after the first series finishing with 1,098 yards on 219 carries, 867 yards on 107 receptions and a total off 13 touchdowns on the season.

The Panthers started fast and stayed that way, racking up a 23-0 lead by halftime. While the Saints were without some key players, it should be noted that their defensive starters stayed in for the majority of the first half. Saints Pro Bowl receiver Michael Thomas was held to just two catches for 12 yards and running back Mark Ingram was limited to 28 yards on five carries and 15 yards on two receptions.

The shuffle under center for the Panthers continued when Allen left the game early in the fourth quarter after a hard hit. Garrett Gilbert, who just signed Monday afternoon, finished the game up for the Panthers. Allen finished 16-27 for 228 yards, two passing touchdowns, and one rushing touchdown.

Panthers head coach Ron Rivera spoke earlier in the week about giving some of the young guys an opportunity this final game. Receivers DJ Moore and Curtis Samuel each finished with 81 and 72 yards, respectively, with Samuel hauling in a 53-yard touchdown reception – the longest of the season. Rookie tight end Ian Thomas has continued his development in the absence of Greg Olsen. He finished with five catches for 61 yards and a touchdown. Running back Cameron Artis-Payne also made the most of his opportunity, rushing for 56 yards and a touchdown.

Veteran center Ryan Kalil has made it clear that he is retiring and that this was it. Following the game, Rivera hinted that veteran defensive end Julius Peppers was hanging up his cleats as well. “It’s probably the best way to send Ryan and Pep on,” Rivera said when discussing ending the season with a win. Peppers was not available to speak with the media to neither confirm nor deny. He finished 0.5 sacks off from finishing third on the NFL all-time sacks list. If he is indeed retiring, he will be fourth on the list.