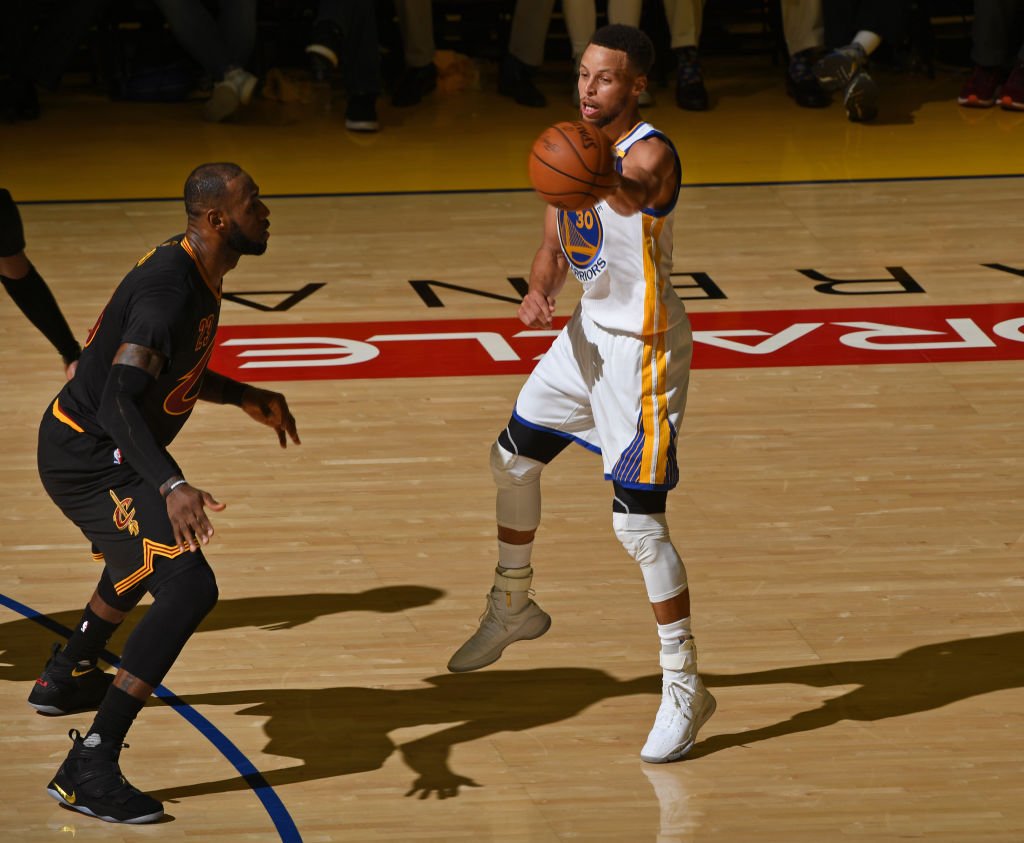 Tyronn Lue has been in question since his mysterious hire back in early 2016. Owner Dan Gilbert and GM David Griffin made the decision to fire David Blatt after the team seem to plateau. Lue was brought in because of his past in the NBA and, being a point guard, normally comes with a certain knowledge of the game.

But the tribulations of Coach Lue this entire season is his inability to make the necessary in-game adjustments. In the playoffs, the most important aspect of winning games from the coaches POV is being able to see where your team falters while it’s happening. Lue being a rookie coach doesn’t help his cause and you can see it in his face during most games.

“Y’all getting blown out, not me.” pic.twitter.com/yioZZ4PhWX

The first two games of the NBA Finals prove that Lue has faults as a coach. First, matching Tristan Thompson against Draymond Green is idiotic (to be as nice as I can). Thompson can continuously switch on the pick & rolls on the perimeter so it makes sense there but that’s the only logical reason. More importantly, Cleveland needs TT to guard the Zaza Pachulia’s or JaVale McGee’s of the team so he can protect the rim and snag the defensive rebounds they’ve been ever so lacking.

Next, the inconsistent rotations are affecting the way the Cavs play. Lue has not given Iman Shumpert and Channing Frye the correct amount of minutes and they can help balance the series. In Game 2, Shumpert did well guarding KD in the Second Quarter and helped Cleveland to stay in the game. But when the second half rolled around, Lue put Shumpert on Steph Curry and the game opened back up for Durant.

Lastly, Lue needs to pull players when they aren’t playing well for the players that are playing well. For instance, J.R. Smith has been struggling mightily this series with his shot and his focus on defense. His minutes need to be cut down and let Korver + Shumpert play more. Also, Derrick Williams isn’t the biggest impactful player but he could help giving Durant different looks defensively. His energy and intensity on defense could, not stop, but help slow down somewhat. Put him in with LeBron at the 4 to spread GS defense out and give LeBron a break on KD.

Sad that this has to be brought up in the NBA Finals but here we are. This is what’s so hard about repeating in the NBA is… complacency. The way you need to rotate against a team like the Warriors is what the Cavaliers are NOT doing. Of course it’s easier said than done but being physical with a team with so much finesse and style is what’s required. A change in defensive schemes and mindset will propel the Cavs to success against this team.

In order to get the Warriors out of their rhythm requires immense focus from all players. If the Cavs can start by trapping Durant and Curry on pick n’ roll, they will force Klay and Draymond to be more consistent on offense. Like the play below shows, Frye backs up on KD instead of trapping up high. This leaves plenty of time and space for KD to choose whether to pass or shoot.

No doubt the Warriors are one of the best teams ever assembled but no team is perfect. They played about as well as they can over the past two games meanwhile Cleveland is yet to put together a complete game. In order to win, first LeBron, Kyrie, and Love need to score at least 80 points combined. Secondly, Tristan Thompson needs to be put back on the big man for GS so he can control the paint on defense and on the glass. Third, the bench (Frye, D Will, Shumpert and/or Korver) need to add at least 15 points to combat the added offense KD brings. Next, Lue has to coach better in all aspects and really lead this team and reign in the focus. And lastly, the Cavs as a team need to up the physical intensity on defense to that elite level.