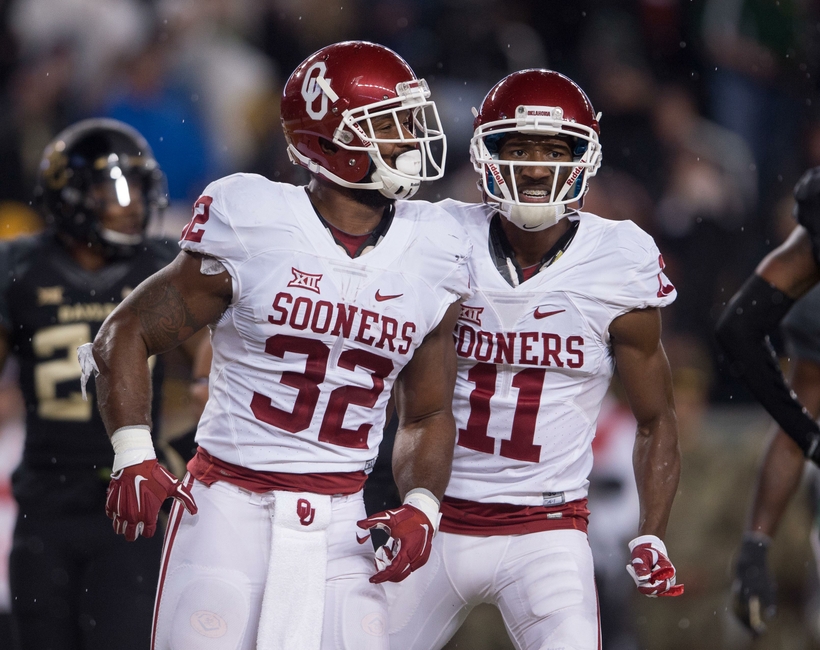 Poor Big 12 Conference. As the weeks pile up, it seems more and more inevitable that the conference will be on the outside looking in of the College Football Playoff. It is the only conference without a conference title game at the moment and in recent weeks and months, rumors have continued to generate a possible expansion of the conference and a possible championship game.

Until it manifests, it’s mere speculation at this point but even with swirling questions, the conference does have a number of impressive, productive offenses and on Saturday night, two of the better teams in the conference will commence on primetime national television. Here’s the preview and prediction for the #9 Oklahoma Sooners (8-2, 7-0 Big 12) and the #14 West Virginia Mountaineers (8-1, 5-1 Big 12).

What To Know About Oklahoma

The Sooners found themselves in the first edition of the College Football Playoff last season, albeit they experienced an early exit thanks to the Clemson Tigers. The Sooners entered the 2016 season as one of the favorites to make the Playoff but early season loses to Houston and Ohio State set the team back enough to miss out on the festivities. They do have one of the best quarterbacks in the country in Baker Mayfield. The junior passer is eighth in college football in passing yards with 3,212 yards and tied of fifth in passing touchdowns with 33. Very few players in the Big 12 have been as hot as wide receiver Dede Westbrook. A six-game stretch between Oct 1st – Nov 3rd produced 1,012 yards and 12 touchdowns for Westbrook as he is the Big 12 leader in yards (1,254) and touchdowns (14). Injuries have slowed down starting running back Samaje Perine (575 yards, eight TDs) while backup Joe Mixon (1,357 yards from scrimmage, 10 TDs)  is having a hard time avoiding off-the-field trouble.

It’s not often that a Bob Stoops–Mark Stoops led defense gives up the yards and plays that this year’s unit has. To be fair, they have played well as of late. However, they are a putrid 81st in the country in total defense and have allowed over 500 yards on three occasions including giving up 854 total yards in a 66-59 win over Texas Tech. Linebacker Jordan Evans is coming off his best game of the season last week against Baylor and leads the team in tackles with 76 and surprisingly in interceptions as well with three. The secondary has a gluttony of talent and has seen the biggest improvement as of late with an experienced safety tandem in Steven Parker and Ahmad Thomas. Constant rotation at cornerback has seem to settle on Jordan Parker and Jordan Thomas.

What To Know About West Virginia

While Oklahoma has had a stellar passing offense this season, West Virginia has been very good as well. 25th in the country to be exact. Four players have at least 28 catches with Daikiel Shorts leading the team in catches with 51 while redshirt junior Shelton Gibson leads the team in touchdown catches with six. Quarterback Skyler Howard (2,562 yards, 17 TD, nine INTs) has been the guy delivering those passes and he is on pace to exceed his 2015 totals. Howard had a frustrating performance against Texas last week with three interceptions and must bounce back in order for the Mountaineers to have a considerable shot at defeating the Sooners. The combination of Rushel Shell and Justin Crawford has totaled 1,104 rushing yards and 10 TDs this season but when you include third-stringer Kennedy McVoy and his 459 yards and two TDs, the trio has driven the Mountaineers to averaging 211.4 rushing yards per game.

The Mountaineers defense has been one of the better units in the Big 12 believe it or not. While that may not be saying much to most of you, they have only allowed 20.6 points per game, which is first in the conference and 19th in the country. Cornerback Rasul Douglas has quietly been one of the best defenders in the conference and has totaled four of his six interceptions in the past four games. Getting after the quarterback has not been a strength for the Mountaineers and redshirt senior defensive linemen Christian Brown and Noble Nwachukwu will have to produce against the talented Sooners backfield and offensive line.

Both of these teams will need some help to make the College Football Playoff. However, the winner of this contest will likely be the favorite to walk away as the conference champion. So there is plenty at stake.

There is no doubt that the Sooners are one of the hottest offenses in college football and that’s even when you factor in that Perine has been nicked up and outplayed. The Mountaineers gave up 167 yards to Texas running back D’onta Foreman last week so Oklahoma can very well have opportunities to get the run game going.

The matchup of Westbrook vs. Douglas will be fun to watch and will have a significant impact on the contest. Outside of James Washington of Oklahoma State, Westbrook may be the biggest challenge at wide receiver for the Mountaineers secondary this season. If Westbrook is bottled up, look for the Sooners to turn the focus on Mixon and tight end Mark Andrews (27 catches, 412 yards, six TDs) in the passing game.

Ironically, the biggest X-factors of the game are in the direction of Oklahoma: the offensive line and the secondary. West Virginia has a unique 3-3-5 scheme and prone to drop plenty in coverage which means the O-line will, at times, provide plenty of time to throw for Mayfield. The Sooners allow an average of 297.1 passing yards per game and the secondary can not afford to allow Howard to catch a rhythm.

Howard and the Mountaineers offense will throw everything at the Sooners and has the arsenal to give the Sooners plenty of trouble. However, if their defense is unable to get after Mayfield, dropping eight in coverage for WVU won’t last long as the Sooners will try to keep WVU off-balanced with their potent attack. So with all of that in play, what will determine the outcome? I will chalk this up to a veteran Sooners team that has seen a fair share of pressure-filled games the past couple of seasons that has them battle tested.