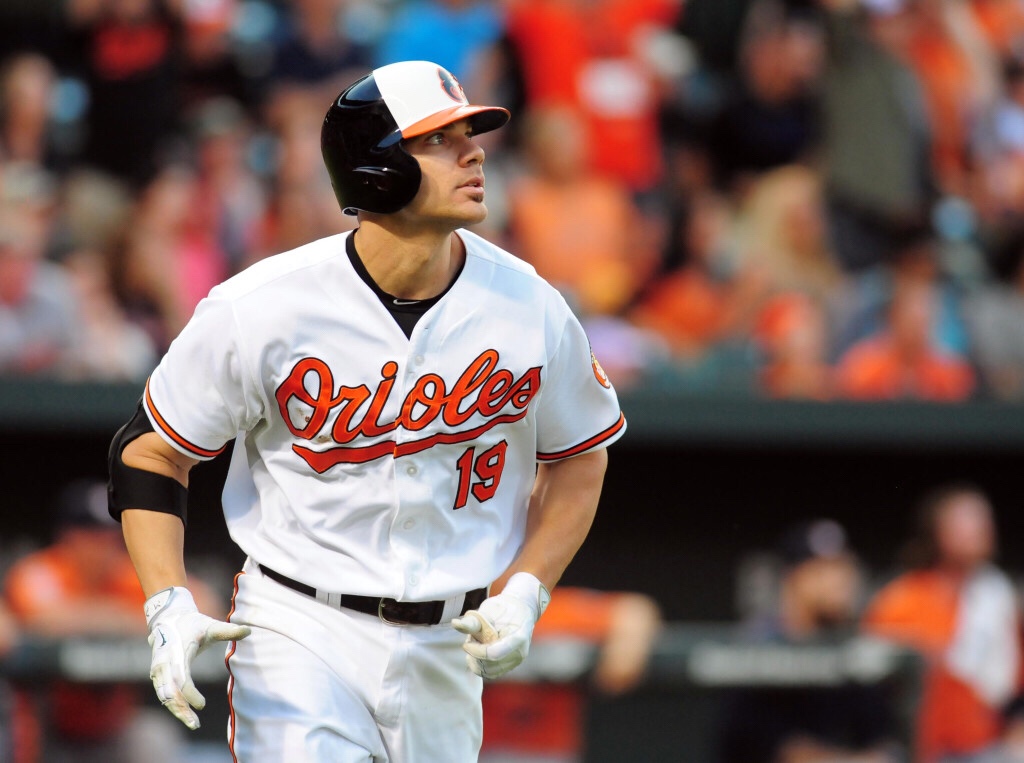 After a dreadful 2017 season with a constant habit of looking at strike three calls right down the middle of the plate, Baltimore Orioles first baseman Chris Davis is working hard this off-season to make sure he doesn’t repeat last season’s woes…

Or so he says.

“The strikeouts have continued to climb and the average has continued to drop,” Davis said Monday morning on MLB Network. “Last year, I had way too many called strikes. Called third strikes. Way too many counts where I was taking two strikes before I ever took a swing. For me, it’s a matter of being a little too passive or too picky and not trying to capitalize on the pitches early in the count.”

Davis continues to talk about his struggles against the shift. A main focus on the development of his hitting heading into next season.

“The last couple years I’ve tried so hard to try to hit against the shift, to play that game with them, that I got away from who I was,” said Davis.

But during this offseason, Davis has continued talking about his hitting workout. “I’ll hit four times a week, sometimes five times a week,” Davis said. “I’ve learned over the years more is not better, especially when it comes to your swing.”

It’s a possibility that he could return to the form that he was in during 2011-2015 seasons.

Well, next season will decide if this is just all talk or if Davis is really serious about adjusting his swing and plate discipline.