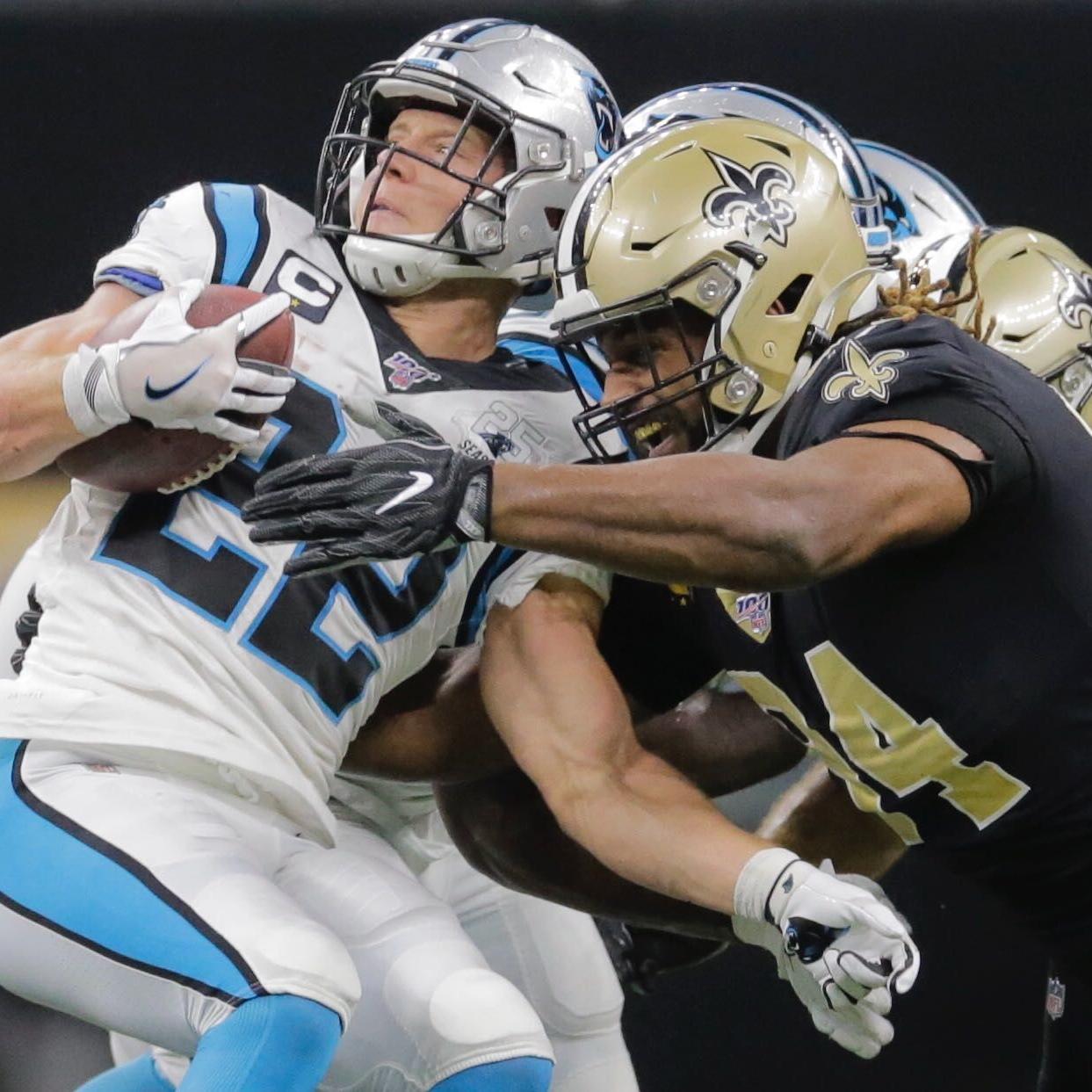 It’s a saying we’ve heard all season: “there are no moral victories”. Sure the Panthers showed resilience in battling back from two scores down twice in a hostile environment, but a loss is a loss. The Mercedes-Benz SuperDome is not an easy place to play in. Yet, with the game clock nearing the two-minute warning, the Panthers had the ball deep in the red zone with a chance to take the lead for the first time in the game.

The defense got a big stop on fourth down as Panthers safety Eric Reid met Saints running back Alvin Kamara in the backfield for a loss of two yards and a turnover on downs. With excellent field position at the Saints’ 45-yard line, quarterback Kyle Allen and the Panthers offense drove down to the Saints’ 12-yard line. After Allen’s pass to Jarius Wright fell incomplete, the Panthers were facing fourth down – that is, until head coach Ron Rivera challenged the play for possible defensive pass interference. The play was reversed giving the Panthers a fresh set of downs and the ball on the 3-yard line. That was as close as the Panthers would get. All-everything running back Christian McCaffrey was stopped for a loss before an incomplete pass and a sack brought out the field goal unit. Kicker Joey Slye had missed two extra point attempts on the day but had connected on a 52-yard field goal. This attempt was 28 yards and sailed wide right, the same as the missed extra point attempts.

With future Hall of Famer Drew Brees at the helm and armed with Kamara and Michael Thomas, the Saints marched down to the Carolina 10-yard line before spiking the ball with three seconds left. Kicker Wil Lutz connected on the 33 yard field goal as time expired and the Saints escaped the Dome with a win. While one could point at the 5 points left on the field as a result of Slye’s misses, the bigger issue is the Panthers’ red zone woes. The Panthers had five chances to get into the end zone from ten yards out and failed to do so.

After amping up the defensive intensity and with Allen playing arguably the best game of his young career, the last second loss stings more. The Panthers playoff hopes are dwindling as they fell to 5-6 on the season and 1-3 in the division. They head back to Bank of America to host the Redskins next Sunday in efforts to get back to .500. In addition to Allen’s impressive showing; he was 23-of-36 for 256 yards and three touchdowns, another bright spot for the Panthers is the continued growth of second-year receiver DJ Moore. Moore had six receptions for 126 yards and two touchdowns. McCaffrey added 133 scrimmage yards, one rushing touchdown, and one receiving touchdown.

Across the field, Saints receiver Michael Thomas continued his impressive season with ten receptions for 101 yards and one touchdown. Those numbers put Thomas into some elite company. Thomas’ 101 receptions are the most ever in the first 11 games of any season, surpassing Marvin Harrison (100). Tight end Jared Cook did his share of damage as well adding six receptions for 99 yards and a touchdown. Brees finished 30-of-39 with 311 yards, three touchdowns, and an interception.