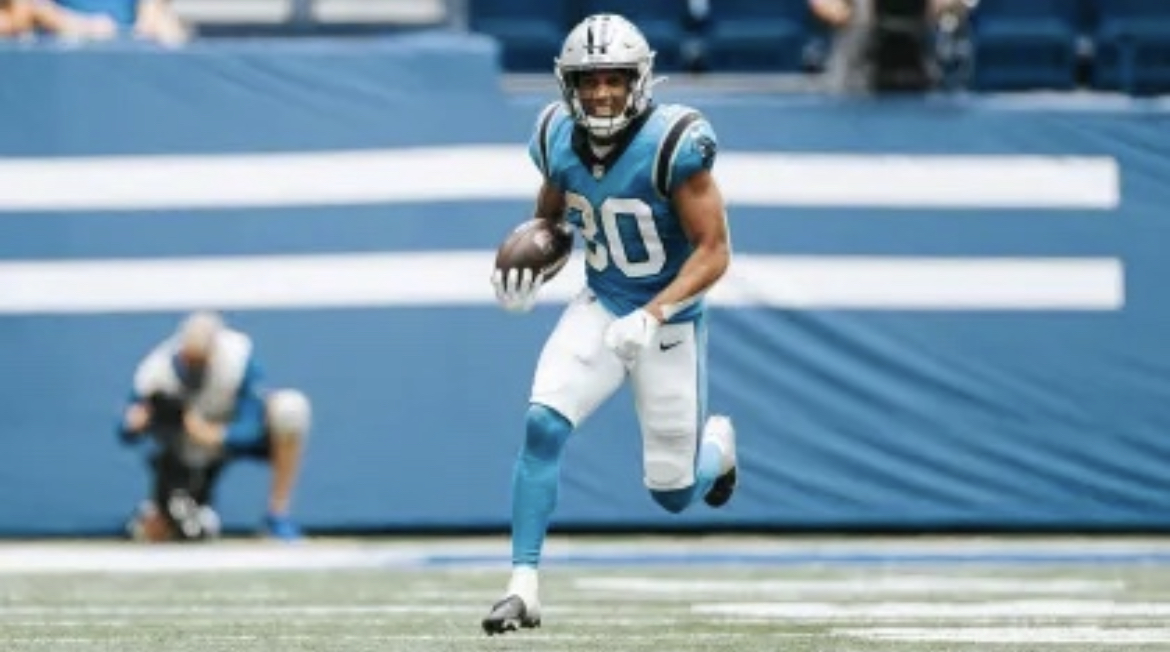 After a pair of contentious joint practices out in Westfield, Indiana earlier in the week, the Carolina Panthers and the Indianapolis Colts opened their preseason in Lucas Oil Stadium on Sunday.  Going into the game, Panthers head coach Matt Rhule disclosed that the starters would not play so many looked at this game as a test for who would emerge as QB2.

Neither PJ Walker nor Will Grier were listed as the backup when the team released its first depth chart of the season, but Walker got the start on Sunday.  The red zone woes of seasons past showed back up as the Panthers settled for field goals on their first two possessions after driving down to the 11- and 10-yard lines.  The second field goal came after Panthers defensive end Marquis Haynes got the strip sack on Colts quarterback Jacob Eason.  Haynes also recovered the fumble leading to the Panthers’ second field goal and a 6-3 lead.  After settling for a third field goal on the next possession, Carolina finally hit pay dirt when Walker connected with tight end Tommy Tremble for a 7-yard touchdown.  The two-point conversion was negated when Tremble was flagged for holding.  Joe Slye missed the extra point attempt leaving the Panthers with a 15-3 lead.

The Colts cut into the lead with a 3-yd touchdown by running back Jordan Wilkins to bring the Colts within five points.  Just before the half, Slye attempted and missed a 62-yard field goal to take the game to half-time with the Panthers holding a 15-10 lead.  Walker was done for the day finishing 10-of-21 for 161 yards and one touchdown en route to a passer rating of 89.9

Will Grier started the second half under center but the Panthers’ trips to the end zone were done.  Safety Kenny Robinson picked off Colts rookie quarterback Sam Ehlinger but the Panthers were unable to take advantage of the turnover and turned the ball over on downs at the Colts 20-yard line.  Both teams punted on their next possession and a pair of chunk plays led to the next Colts’ touchdown.  Ehlinger connected with Tarik Black for a 47 yard gain over Troy Pride, Jr. who was flagged for pass interference.  The penalty was declined and Ehlinger decided to pick on Pride a little more.  This time, Ehlinger hooked up with Tyler Vaughns over the double coverage of Pride and safety Brian Cole for 25 yards down to the 1-yard line.  Running back Benny LeMay punched in the 1-yard touchdown and Ehlinger ran in the 2-point conversion to tie the game with 7:43 left to play.  A flurry of false starts – three in a row to be exact – spelled the end for the Panthers.  After the punt, the Colts retained possession for the remainder of the game, capping off the scoring with a 30-yard field goal to give the Colts the 21-18 win.  Grier finished 6-of-10 for 31 yards and passer rating of 65.  Running back Chuba Hubbard rushed for 80 yards on seven carries while receiver Terrace Marshall, Jr caught three passes for 88 yards.

The Panthers return to Wofford College to resume training camp and will host joint practices with the Baltimore Ravens on Wednesday and Thursday before the two meet for Saturday’s preseason game at Bank of America Stadium.