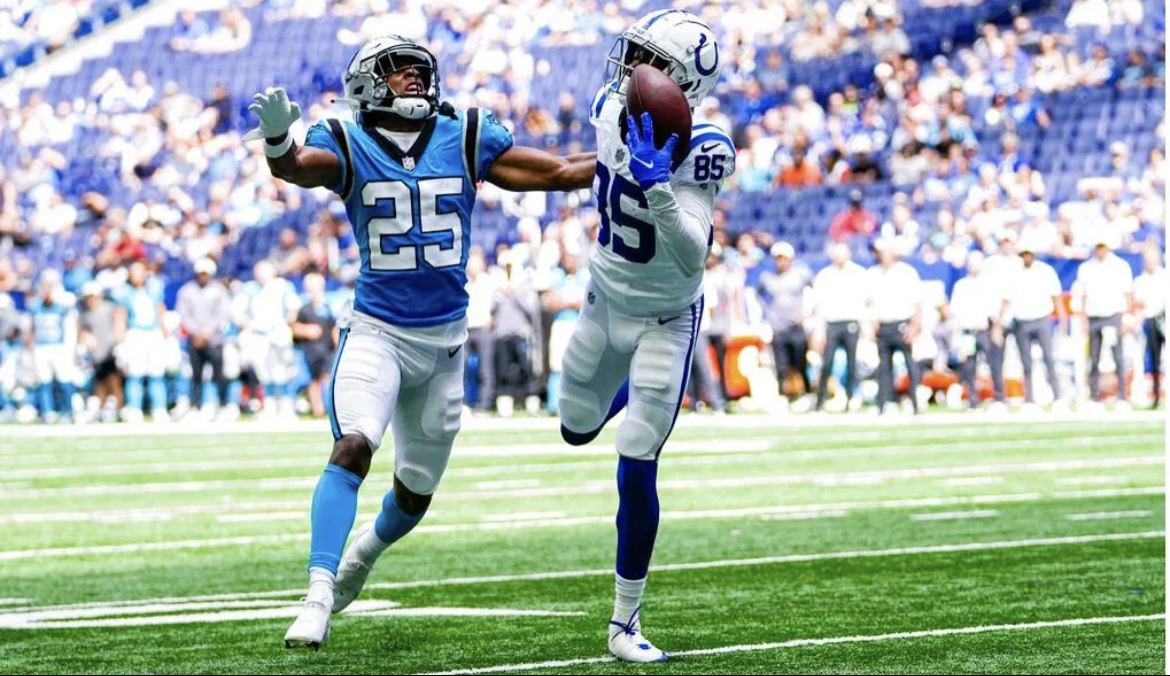 The dust has settled a bit, now it’s time to unpack the Carolina Panthers 21-18 loss to the Indianapolis Colts.  It’s the first preseason game and head coach Matt Rhule’s pregame declaration that the starters would not be seeing action precluded the fact that there would be some kinks to iron out.  However, the pre-snap penalties the Panthers racked up were not due to inexperience; it was due to a lack of disciplined play.  Of the ten penalties flagged, eight came before the ball was snapped.  After spending camp trying to avoid the “Don’t Beat Ourselves” sign, the Panthers took the field Sunday and did exactly that.

The four first quarter penalties were by veteran players.  Marquis Haynes jumped offsides and Trent Scott was flagged for false starts on consecutive series.  Brandon Zylstra was flagged for an illegal block above the waist which backed the Panthers up 10 yards.  The second quarter brought more penalties as Colin Thompson and Matt Kaskey false started back to back.  While it didn’t count toward the team penalty total, rookie Tommy Tremble’s holding penalty negated an otherwise successful two-point conversion.  Joey Slye then failed to convert the extra point attempt leaving points on the field.  Those penalties all occurred during one possession.  Later in the quarter, safety Kenny Robinson was hit with a personal foul when he lowered his helmet for a hit on Colts quarterback Jacob Eason.

Aside from illegal formation called on rookie wide receiver C.J. Saunders, which was declined, the third quarter was pretty clean for the Panthers but they made up for in the final period.  Second-year cornerback Troy Pride Jr. was flagged for defensive pass interference on a 47-yard reception by Tarik Black, which the Colts obviously declined.  Pride was shaken up on the play and left the game for good after going down on another deep pass completion to Tyler Vaughns which put the Colts at the 1-yard line.  The Panthers’ penultimate possession was littered with three straight false starts by Mike Horton and two by Martez Ivey.  Although credited to Ivey, the official announced the entire line, save the center, was the actual culprit.

Asked about the infractions after the game, Rhule attributed them to the lack of preparation for the crowd noise as well as personnel shifts along the line.  He went on to explain that he does not like excuses.  Regardless of not playing in front of full-capacity crowds last season, everyone on the roster has played in a loud stadium at some point in their collegiate or professional careers.  The “DBO” sign made it to Indiana but not to Lucas Oil Stadium where it was really needed.  It will be interesting to see what changes or improvements are made as the Panthers prepare to host the Baltimore Ravens in their second preseason game following two days of joint practice this week.  64 yards of penalties certainly factors into “beating ourselves” and showings like the one on Sunday will, and should, certainly cost a few roster spots as cuts loom.