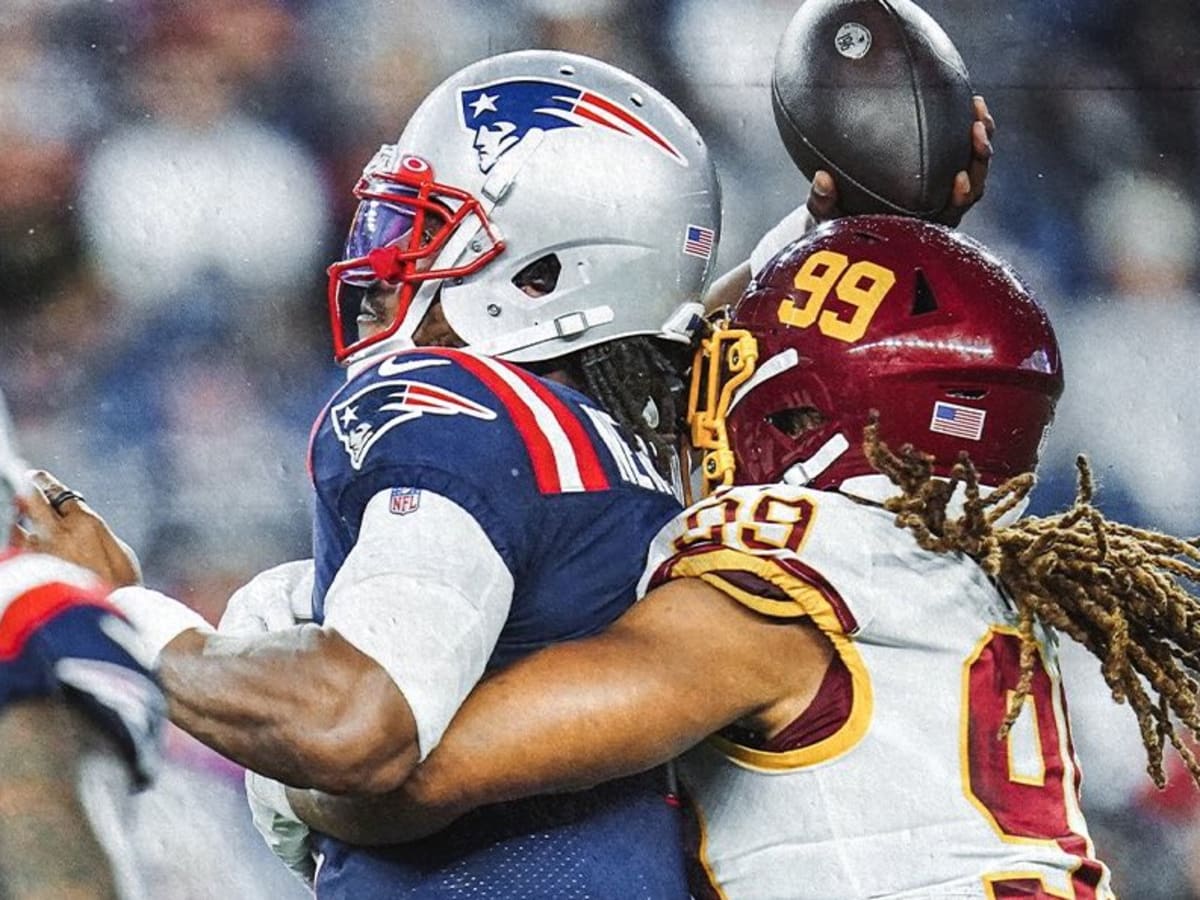 After three weeks of training camp and one preseason game, the roster is taking shape. With some early cuts and depth chart moves, the main core of the roster is pretty much set. The last remaining battles in my opinion are at the wide receiver, cornerback, and safety positions. Here is my prediction as it stands right now. Starters are in bold. To see my previous prediction please click here.

Quarterbacks (2)- Ryan Fitzpatrick, Taylor Heinicke. No change from my first prediction. Fitzpatrick is the clear starter, getting all the first team reps, and has started taking over the offense. Heinicke has been up and down but is solidly the backup getting all of the second team reps. The team knows he will be a solid backup. Kyle Allen had to sit out after injuring his ankle and missed over a week. He came back this week but is rusty and way behind the other two. Steven Montez has shown some flashes that should keep him around on the practice squad.

Running Backs (4)- Antonio Gibson, J.D. McKissic, Peyton Barber, Jaret Patterson. With the release of Lamar Miller, this is the running back group going forward. Gibson is the starter and McKissic is the receiving back. Barber slimmed down and is showing more burst than last season and Jaret Patterson has been a great surprise. That made Lamar Miller expendable. This group is settled.

Wide Receivers (7)- Terry McLaurin, Curtis Samuels, Adam Humphries, Dyami Brown, Cam Sims, Stephen Sims Jr., DeAndre Carter. This is by far the toughest battle on the roster. Kelvin Harmon was an early casualty of the deep competition at the position.  The first four guys McLaurin, Samuels, Humphries, and D. Brown are locks on this team. That leaves C. Sims, S. Sims, Carter, Antonio Gandy-Golden, Dax Milne, Isaiah Wright, and Tony Brown fighting for three spots. Cam Sims seems to have the inside track for the 5th spot, getting most of the first team reps while Samuels works back into shape. In my opinion Dax Milne and Isaiah Wright are both practice squad members and Tony Brown on the outside. Carter has assumed most punt returner duties and has also shown good receiver ability as well. So the last spot is between Stephen Sims and Antonio Gandy-Golden and Sims has the edge. He can play all three receiver positions, thrives in the slot, and can be a returner. Antonio Gandy-Golden can be a solid player but he doesn’t offer what the rest can. This is the battle to watch.

Tight Ends (3)- Logan Thomas, John Bates, Sammis Reyes. This battle is pretty much over with Reyes showing amazing potential. Thomas and Bates are the top two here and Ricky Seals-Jones was brought in just incase Reyes wasn’t ready. Nick Guggemos, the Division II signee has shown potential and will be on the practice squad.

Offensive Line (9)- Charles Leno Jr., Wes Schweitzer, Chase Roullier, Brandon Scherff, Samuel Cosmi, Cornelius Lucas, Ereck Flowers, Saahdiq Charles, Tyler Larsen. This nine seems to be who they are going to take into the season. The only battle is at starting left guard between Schweitzer and Flowers. Larsen who was brought in from Carolina has been strongly entrenched as the backup center which would push Ismeal off the roster and to practice squad.

Defensive Line (9)- Chase Young, Da’Ron Payne, Jonathan Allen, Montez Sweat, Tim Settle, Matt Ioannidis, James Smith-Williams, Will Bradley-King, Shaka Toney. I’ve added a ninth lineman here and have taken away a linebacker. The starters are locked in and Settle and Ioannidis are in as backup tackles. Smith-Williams can play all along the line and I think he is better suited inside. Bradley-King has emerged as a rotational pass rusher and Toney has done well. I don’t think the team can cut either and they make it through waivers.

Linebackers (5)- Jon Bostic, Jamin Davis, Cole Holcomb, Khalake Hudson, Justin Phillips. The starters here are so far and ahead of the rest of the group so there is no challenge there. Hudson should be a lock even though he has been a bit underwhelming this camp. Phillips has gotten most of the second team reps and has good speed. This maybe a position they address after cuts around the league.

Corners (6)- William Jackson III, Kendall Fuller, Benjamin St. Juste, Jimmy Moreland, Danny Johnson, Torry McTyer. This battle has been heating up lately as St. Juste has become the nickel corner which moves Fuller to the inside and leaves Moreland as the odd man out. Moreland makes the team as does Danny Johnson as a core special teamer. The sixth spot is between McTyer and Troy Apke. McTyer makes a lot of plays but Apke is transitioning to the cornerback spot well. His advantage is he is a core special teamer and could play safety in a pinch. Apke is trending upwards.

Safeties (5)- Landon Collins, Kamren Curl, Bobby McCain, Deshazor Everett, Jeremy Reaves. The starters have been this way in base defense with McCain coming in on big nickel and dime situations. Everett is the fourth safety and the special teams captain which leaves Reaves and Forrest battling for one spot. Reaves has been better than Forrest and his special teams ability should put him over. Forrest should be on the practice squad.

Kicker- Dustin Hopkins. Hopkins has gotten a vote of confidence from Coach Rivera and there will be no competition in camp. Rivera and Way say his missies are a timing issue. Let’s hope that gets resolved.