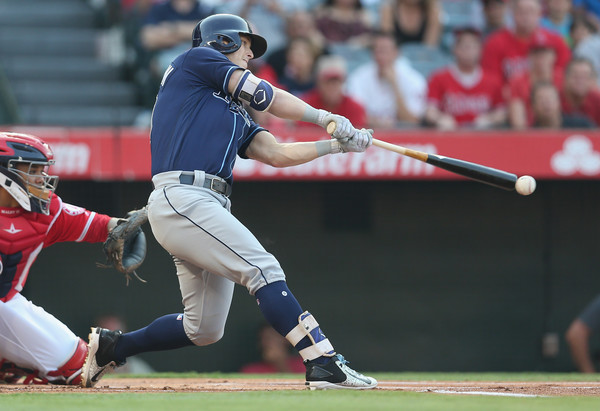 The Baltimore Orioles have been in the market for a player with Dickerson’s talents, as he is a left-handed hitting corner outfielder and hits for a high average. In 2017, Dickerson was named to his first All-Star appearance, slashing .282/.325/.490, hitting 27 home runs and driving in 62 runs. The 28-year old primarily played in left field last season, where he hit for a .261 average in 278 plate appearances, but as a designated hitter, Dickerson batted .319 in 240 plate appearances.

It wouldn’t be the first time that Baltimore dealt with a division rival. Just last season, the team acquired then-Rays shortstop Tim Beckham for pitcher Tobias Myers. Beckham implied on Twitter that the Orioles should gain the services of his former Rays teammate, while quoting a tweet posted by Tampa Bay starting pitcher Chris Archer.

There are a few options on how Baltimore could acquire him. One is to trade for Dickerson, who would presumably command a few mid-level prospects. Another way is to wait things out and allow him to become a free agent.

If Baltimore does acquire Dickerson, they’ll have an outfielder with two years of control left. The club will also have to make a decision on where he’ll play, presumably playing in Trey Mancini’s spot in left field. In this situation, Mancini will move to right field and rookie outfielder Austin Hays will be down to Triple-A Norfolk. Baltimore could also look to maneuver Mark Trumbo and Dickerson at designated hitter from time to time.

His addition would give Orioles manager Buck Showalter more flexibility against right-handed pitching. It would also give them a solid five hole hitter who can drive in runs.