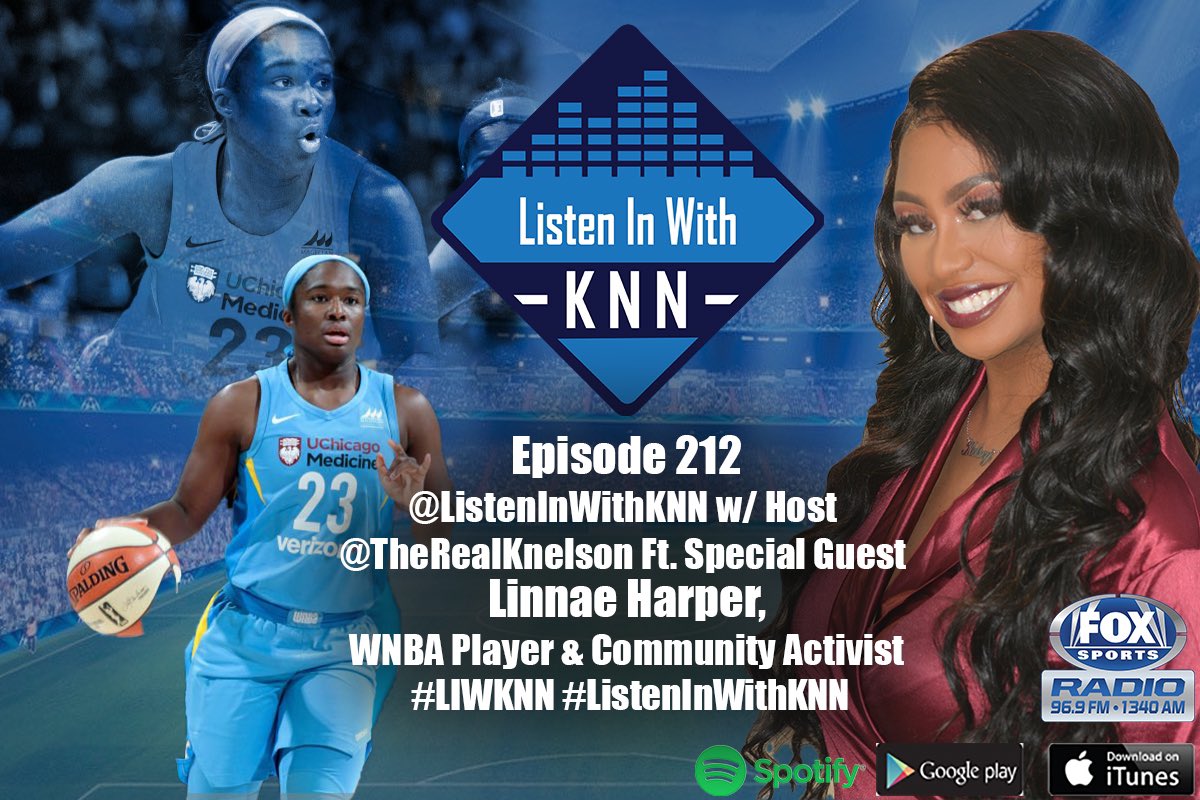 Harper is a Chicago native who won a state championship in high school, has represented USA Basketball seven times winning multiple medals, and won two Big 10 Championships with Ohio State University. In 2018, she was named the Big 10 6th Man of the Year award, and since joining the WNBA undrafted, she has played with the Minnesota Lynx, Chicago Sky, and recently signed a training camp contract with the Washington Mystics amongst many other accomplishments.

At five or six-years-old, she found her love for basketball. Despite being enrolled in dance classes, she would stay every day after school until the late evening watching the boys play on the court. “I played with boys for the first five to six years of me starting basketball and once I hit 11 or 12, I got into playing with young girls. Ever since then, this journey has been amazing for me. Even through the adversity, the ups, and downs, it’s taught me so much, cultivated knowledge, gained new relationships and now I have the platform to bring it back to the new generations,” said Harper.

Harper is able to give back to the children and families of Chicago through her non-profit foundation “That Harper Kid.”  “We want to educate kids how to eat right every day so that they build lifestyles, how to train properly to prevent injuries, to be able to perform on the court, to enhance your game, lifestyle. How to become a professional regardless of whether that’s basketball, if you’re a chef, if you’re a lawyer, we’re working to cultivate the tools that they need to be successful and to also just shift their mindsets,” said Harper.

The name for the foundation came from when she met Chicago’s former mayor Rahm Emmanuel at a high school fair her junior year of high school when he asked, “‘Hey, aren’t you that Harper kid?’ and I was like ‘yeah, that’s me’ and he was like, ‘you know, you’re a great player. I’ve been watching you play.’ I was like ‘Wow, the mayor knows who I am,’” said Harper.

To date, the foundation has given away 500 bookbags along with other school essentials. The organization has also hosted several camps and plans to host three more this year. “It’s tough living in Chicago with everything that we deal with, being able to get past all the trauma, all the hardship, to get to exactly where you need to get to, that’s why our non-profit is here to help generations get to that level,” said Harper.

On the court, Harper has been able to accomplish a lot as well. As an undrafted WNBA player, she has faced lots of adversity, but it has not stopped her. “I was distraught, heartbroken, [after not being drafted] but that motivated me more. That next day, I got in the gym, I worked on my craft, and the following day Chicago, New York, and Minnesota called. I was like ‘Wow, I went from not being drafted to having a few options for training camp’,” said Harper.

She decided to play for her hometown team the Chicago Sky. The arena was only 20 minutes away from her home. Harper was able to play in front of family and friends while instilling hope into future female athletes. “Despite how you’re journey is and how your story goes, you got to just keep going,” said Harper. She has also played with the Minnesota Lynx and has a training camp contract with the Washington Mystics.

She also reminisced on her favorite memory in the WNBA. “My all-time favorite memory when I was playing for Chicago was our very first game of the season coming out of the tunnel and just hearing ‘Linnae Harper from Chicago’. It was like a dream come true,” said Harper.

The 2022 WNBA Draft will be held on Monday, April 11th starting at 7:00 pm ET. 88 players have opted in for consideration. Harper wants these 88 women to remember this, “One thing that I tell other athletes, especially with my story, you have to just continue to keep going. Whether you hear your name get called, you don’t, there are so many opportunities with basketball,” said Harper.

Harper has been able to take advantage of other opportunities to play the sport she loves like playing overseas with Israel and Latvia which has been a journey in itself. “On the bright side, being able to travel the world for free and just see different things, it’s beautiful. I’ve been able to see things that I would have never been able to see if I didn’t have basketball. Contrary to that, it’s hard,” said Harper. Some of the obstacles she’s faced have included tough living arrangements, payment schedule, and money, as well as travel to games.

Despite the adversity, adapting to her circumstances has helped her push through. “One thing I’ve learned is that, if I can get through this, I can get through anything. Adapting through tough times, tough coaching, tough atmospheres. It’s only going to make me stronger and more knowledgeable for what’s to come for the rest of my life,” said Harper.

Harper has continued her studies at Ohio State University pursuing a Master of Sports Coaching degree. “I’m leaning toward being a referee. I like that style, but I’m open [to coaching]. With this program, it allows you to learn about the administrative side if you want to be director of [operations], coach, sports law,” said Harper.

As they wrapped the interview, Nelson asked Harper what she wants to be remembered for or what’s a word that would describe her. She replied, “selfless.” “Whether that’s on the court helping the team, whether that’s me helping a friend with their organization or business, or giving back to ‘That Harper Kid’. I think being selfless can take me so, so far. I didn’t realize that until after college. Life is bigger than me and now I’m finally realizing what my purpose is to give back, to work with younger kids,” said Harper.