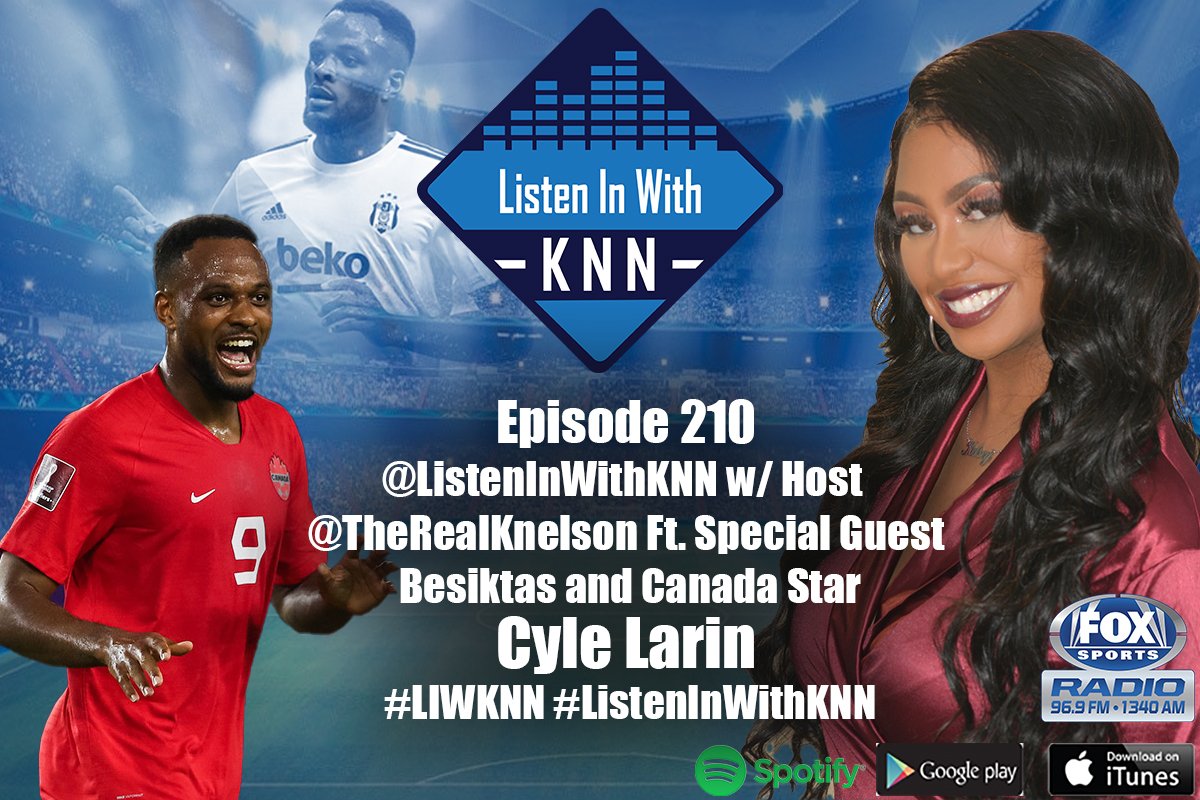 Larin was born in Ontario, Canada, and was selected as the first pick in the 2015 Major League Soccer SuperDraft by the Orlando City SC, the team’s first-ever draft pick. He was awarded the 2015 MLS Rookie of the Year title and represented the team at the MLS All-Star Game in 2016. Larin played for three seasons in Orlando City where he led the team in goals all three years.

In 2018, Larin signed a deal with Besiktas J.K., one of the most respected clubs in Turkey. Larin and the team were the 2021 Süper Lig football champions. “It was a great time. We had a very good team and this year it hasn’t gone so well. We were up and down the table, and now we want to finish strong,” said Larin.

Vodafone Park Arena, the home of Besiktas located in Istanbul, Turkey, has a 42,590 person capacity which helps fuel the team to play their best. “It’s the loudest and there’s a lot of passion that goes into those games,” said Larin.

Larin spoke about the transition of living in Turkey as opposed to the United States and Canada. He’s adapted well, and his teammate Atiba Hutchinson has helped him. He says that his dream of becoming someone has come true. “The passion there for football is on [the] next level. Just walking the streets people recognize you. It’s all football there, and it’s good. You feel the passion and it translates to the field,” said Larin.

Winning culture in Turkey is strong, and fans know that this team is capable of it. “Winning is everything when you play in these countries, it’s the most important thing,” said Larin.

John Herdman, the head coach of Canada, has instilled belief in the team, their talent, and that they can compete with other countries. Larin said the brotherhood that the team has is very close. “That’s what gets us through games…you can see it on the pitch when we play. Everybody is very aggressive and wants to win bad,” said Larin.

The last time Canada made it was 1986. 36 years later, the current team is working their way to that same spot. Larin expressed how much means to him. “When I was growing up, I always watched the World Cup on TV…you never see a Canadian flag so now us making the World Cup, you’ll see Canada come together as a country, a soccer country. I’ve always felt we had it and now it’s coming true,” said Larin.

Larin has always wanted to play in a World Cup and compete against other soccer powerhouses like Germany, France, and Spain to demonstrate the country’s talent. “I think it means a lot to the people back in Canada, they will see that we’re a soccer country and that we can compete at that stage,” said Larin.

Canada will play in Group F of the FIFA World Cup facing Belgium on November 23, Croatia on November 27, and Morocco on December 1.

Last August, Larin became a co-owner of Simcoe County Rovers, acquiring a minority stake in the Rovers Sports and Entertainment Group. Julian de Guzman, a fellow soccer icon who is also a co-owner, presented this opportunity to him. “I was excited to be a part of it. To help young kids out, go to a club where they can build and see the professional environment, and that’s what Julian wants to do: have kids competing at the top level,” said Larin.