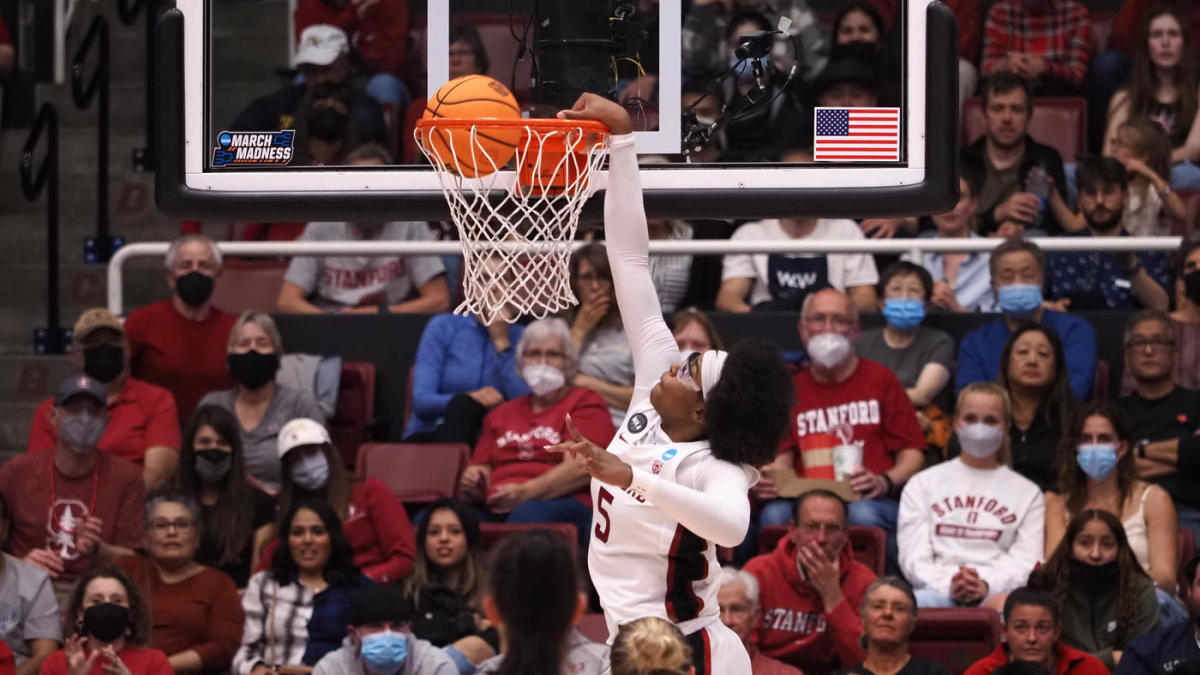 Stanford’s Francesca Belibi became the third woman to dunk in the NCAA Women’s Basketball Tournament on Friday, March 18th versus No. 16 Montana State.

Belibi orchestrated the play by getting a block at the three-point line, took it down the court, and slammed it to extend the defending champ’s lead to 31-6.

The @StanfordWBB bench is all of us watching the FRAN SLAM. 🤯#GoStanford | #Pac12WBB pic.twitter.com/A05L919qSv

The first woman to dunk in an NCAA women’s basketball tournament was Candace Parker on March 19, 2006. She showed Army, the opposing team, her power by dunking twice.

Brittany Griner was the second woman to dunk while she was a star player at Baylor University. This occurred on March 20, 2012, versus Florida.

Known as “Super Slam Fran”, she’s created much more dunk history over the course of her basketball career. When she was 15 years old, she became the first girl to dunk in Colorado high school history. Belibi was also the second woman to win the McDonald’s All-American Slam Dunk Contest in 2019.

In fact, at this year’s McDonald’s All American Slam Dunk Contest, Ashlyn Watkins became the third girl to win the competition as a South Carolina commit.

This year is also historic because it’s the first time the March Madness branding will be used during the tournament. You can watch all the action on CBS, ABC, ESPN, ESPNU, ESPN2, ESPNEWS, and stream on Sling or fuboTV.

Watch what she had to say after the game!

"I went for it and it went IN"
- @fran_belibi1 #MarchMadness x @StanfordWBB pic.twitter.com/CBRft2Q0oH

Since the history-making play, No. 1 Stanford advanced to the Final Four facing No. 2 UConn but unfortunately lost 63-58. Despite the loss, they are still proud of their season and what they’ve been able to accomplish.