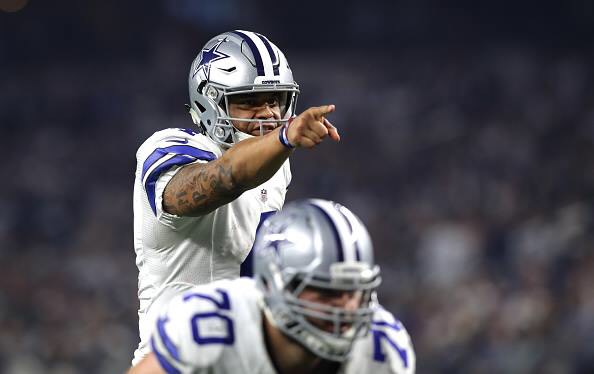 If you are still not convinced the Dallas Cowboys are the most superior team in the NFC then you must not know the game of football. Millions witnessed the Detroit Lions become another victim of the Cowboys. As they were defeated 42-21 and were shutout in the second half. Another record setting game for Ezekiel Elliott. Dak Prescott continued to shine and looked like an MVP candidate. We even saw Dez Bryant return to greatness.  Giving Cowboys fans something to cheer about in the last home game of the regular season. Now, with all the accolades and accomplishments aside, the one question is how successful will the Cowboys be moving forward into the postseason.

This game can best be described with the overused “Tale of Two Halves” phrase that we hear in sports all the time. The Lions came into the game fearless and put up 21 points at the half. Cowboys’ defense looked lost as they had no answers for Matthew Stafford or Zach Zenner who got what he wanted during the first half. Stafford finished the night completing 26 of his 46 passes for 260 yards. Zenner had 67 yards on 12 carries with two touchdowns. Dallas allowed two of those touchdowns to take place in the second quarter. The score was tied at halftime, and that is when the game became all Cowboys.

Prescott would finish the night with possibly his highest quarterback rating of his career, 148.3. Prescott completed 15 of his 20 passes for 212 yards with three touchdowns and no interceptions. Elliott would chime in rushing for 80 yards on 12 carries.There were a few records broken as well. As Elliott surpassed Herschel Walker for the most total scores by a Cowboys rookie. Walker had 14 total in 1986. Elliott now has 15. Elliott also needs just 178 yards to break Eric Dickerson’s rookie rushing record. Prescott is now tied with Ben Roethlisberger for the most wins as a rookie quarterback.

Bryant found himself trending on Twitter and for good reason. He threw a touchdown pass to Jason Witten off a fake reverse. Bryant finished the night with four receptions for 70 yards. 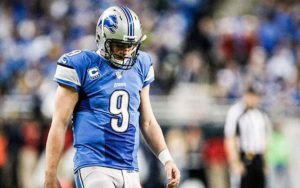 Things to Clean Up for Dallas and is Detroit in Trouble?

Dallas did not own the time of possession and were penalized eight times costing them 47 yards. Despite winning vs Detroit, those things can make or break you in the playoffs. Jason Garrett must address this moving forward. At the same time, the Lions are in trouble as they fall to 9-6 on the season and could possibly lose the division to the Packers. Sunday night, they’ll play Green Bay for the division title which plays a pivotal role in the playoff picture. Detroit is on a two-game losing streak, as the Packers have caught fire winning five in a row.

What is Next for Dallas?

Cowboys have locked up home-field for the NFC playoffs which means all roads must go through Dallas. The Cowboys are in prime position to make the short flight or drive down Interstate 45 to H-Town. After recent injuries, should they rest their starters? They play a meaningless game in Philadelphia and many wonder what the Cowboys should do.

They could allow Tony Romo to play for part of the game to get him back acclimated with the offense. At the same time, some say perhaps they should keep the momentum going with the rookie duo. So many different scenarios can play out for the Cowboys. To refer back to what Jerry Jones said earlier in the season:

“It is a good position to be in to have two great quarterbacks going into the playoffs.”

The Cowboys have a great problem on their hands as they head into the final week of the NFL regular season.