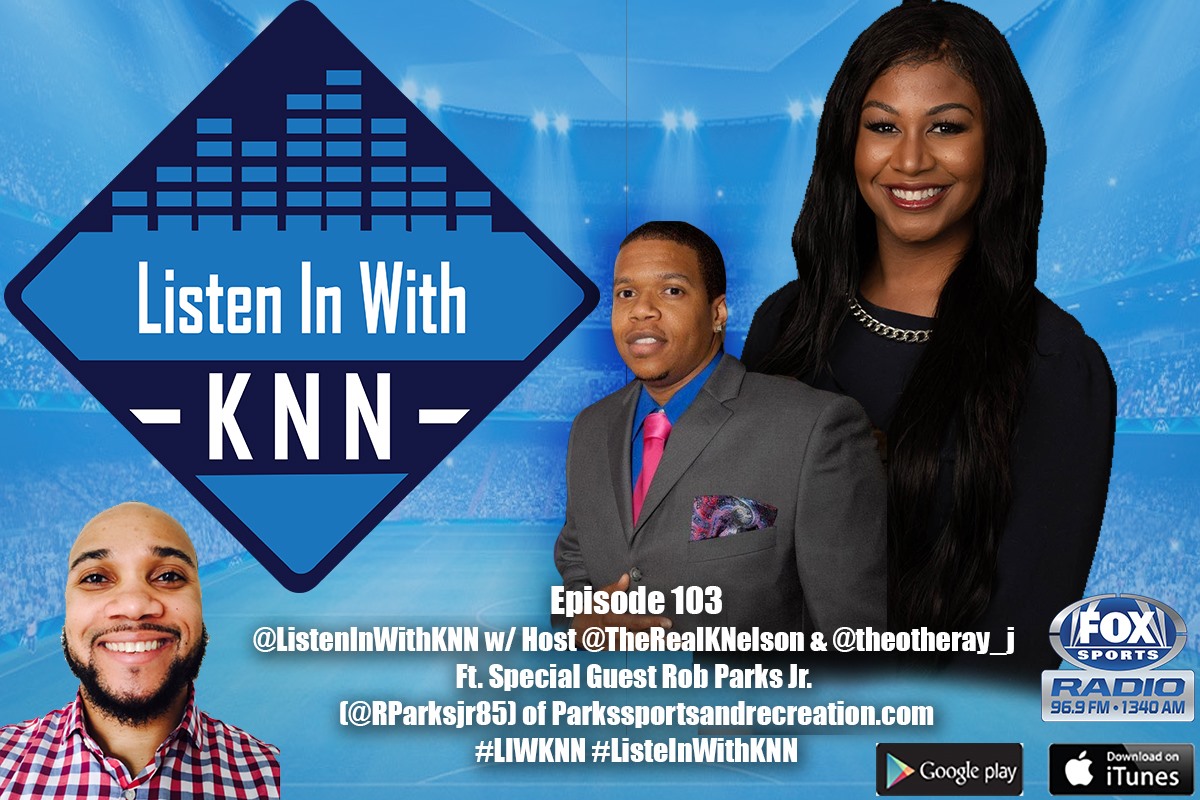 FOX Sports Radio 96.9 FM/1340 AM hit show “Listen In With KNN” hosted by Award-winning presenter, Kelsey N. Nelson, and co-host, Ray Jones, cordially and warmly welcomes D.C-based sports reporter, Rob Parks Jr, on to the show in June 17 to discuss the climatic twists and surprising turns of the edgy 2019 NBA Finals, as well as the trio touching on the marquee 2019 NBA Draft prospects and the high-maintenance NBA players who gear to switch destinations this summer via free agency.

Parks Jr, who was born in Cleveland, Ohio, currently resides in the nations capital, Washington D.C, where he writes and covers both NBA and NFL action. Throughout his career, the 33-year-old Ohio native has contributed for a variety of NFL and NBA specialist outlets, including: Pro Player Insiders, RealSport 101 and Cavs Nation.

Parks’ website, Parks Sports And Recreation, which exceptionally features views with a personal touch and authentic relatability, sees the Ohioan get to the very heart of the matter on a variety of the most popular, delicate and controversial subject matters in the NBA and NFL today.