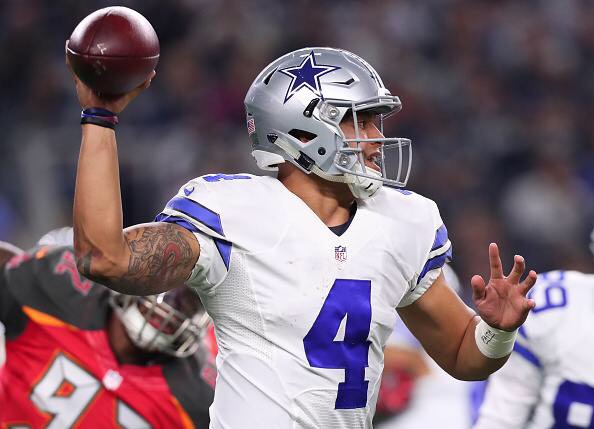 Imagine growing up in Northern Louisiana, and your favorite team happens to be the Dallas Cowboys. As a kid played football. The sport comes to you naturally because you come from a football family. However, to be elite you would have to work and put the effort in every day. Your mom would remind you of this all the time. Sitting in your room tossing the ball in the air, pondering what it would be like to play in the NFL.

As time goes on, from long days in the gym to endless practices. Games of triumphs and games of disappointments. All of the experiences and lessons learned. You get drafted by America’s favorite team. All the other 31 teams passed up on you and secretly you thought, “I’m going to make them pay for that.” You became the starter because of an unfortunate injury to your predecessor.  Two options now lie in front of you. Fold, and let the moment be too big, or shine and be elite. Your mom demanded excellence from you and your brothers so you decided to be “great.” This is the story of Dak Prescott.

One person who knows Dak really well is his brother Tad. Tad is the oldest so he’s seen a few things in his life including his baby brother growing and maturing right in front of him. To the world, Dak is this quarterback of the Dallas Cowboys. He hails from Mississippi State. Bright personality, with a larger than life smile. The world is so captivated by Dak when he throws a cup in the garbage can it is “breaking news”. Tad, he just sees his little brother and his best friend.

“Watching through years, nothing for me has changed,” said Tad as he reflected on his brother’s football ball career. Then he added, “To me, he’s still just Dak, out there balling. He’s always been an amazing quarterback. Now he’s just on a bigger stage, with a bigger audience, but the script and plot are the same.”

Dak is known for making great decisions and being careful with the ball. However, what you do not see on a game night is the amount of work he puts into his craft. Tad accredits this to their late mother, Peggy Prescott.

“His work ethic is amazing the kid had no stop in him. A lot of that instilled by our mother. She was everything. Biggest fan and toughest coach. She demanded effort and almost perfection out of all of us. Dak probably the most because he’s a quarterback. She hated turnovers, especially interceptions. She was the best friend to all three of us, and truly missed every day. With Dak growing up a Dallas fan, she’d be the biggest Cowboys fan in the world right now.” explained Tad

Ms. Peggy Prescott would be very proud of Dak. He’s living out his dream playing for the Dallas Cowboys. He’s also taking good care of the football. Dak stats are the following: He’s completed 292 passes out of 431 attempts for 3,418 yards along with 20 touchdowns and only four interceptions. 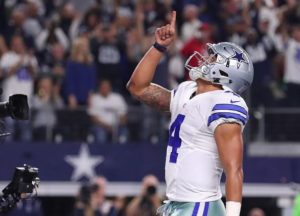 Their mother passed away due to cancer. However, she was a fighter and did not let her battle with cancer overtake her life. That grit and determination is seen in Dak’s work ethic both on and off the field. Very long days and nights are the reasons why Dak is who we all know today.

“The work he puts in goes back to his work ethic,” Tad says. Then he continued by saying, “Dak is at work at 6 am and doesn’t get home until after 8 pm some nights. The will to get better. The meetings, workouts, film sessions. What makes you great, is the work you do when nobody’s looking. He is motivated, by his love for the game. Football has and always will be a true passion for him. He respects both the game and the competition too much.”

What Can We Learn From Dak?

Dak carries himself very professionally on and off the field. You won’t see him on the evening news for being mischievous reasons because he knows better. As the youngest brother of the bunch, he got an opportunity to learn from his older brothers.

“His decision making is his own. As the baby brother, he was allowed to see what mistakes his older brothers made and make better decisions from there. A lot of brothers follow in the footsteps of their older siblings. Dak followed us as far as an athlete but separated himself as an individual.”

Tad then emphasized on what the young kids growing up inspired by Dak can do to one day live out their dreams.

“Just work. Watch and pay attention to the work Dak does. Not just the touchdowns and highlights, but when the work is done before the lights come on.”

Dak Prescott is living out his dreams. Just a kid from Northern Louisiana that did not have much, but a football. He knew that hard work and dedication could bring him to new heights, and now he’s the quarterback of the Dallas Cowboys.

Check out the Cowboys Zone: 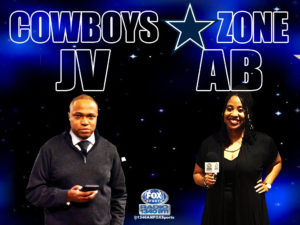