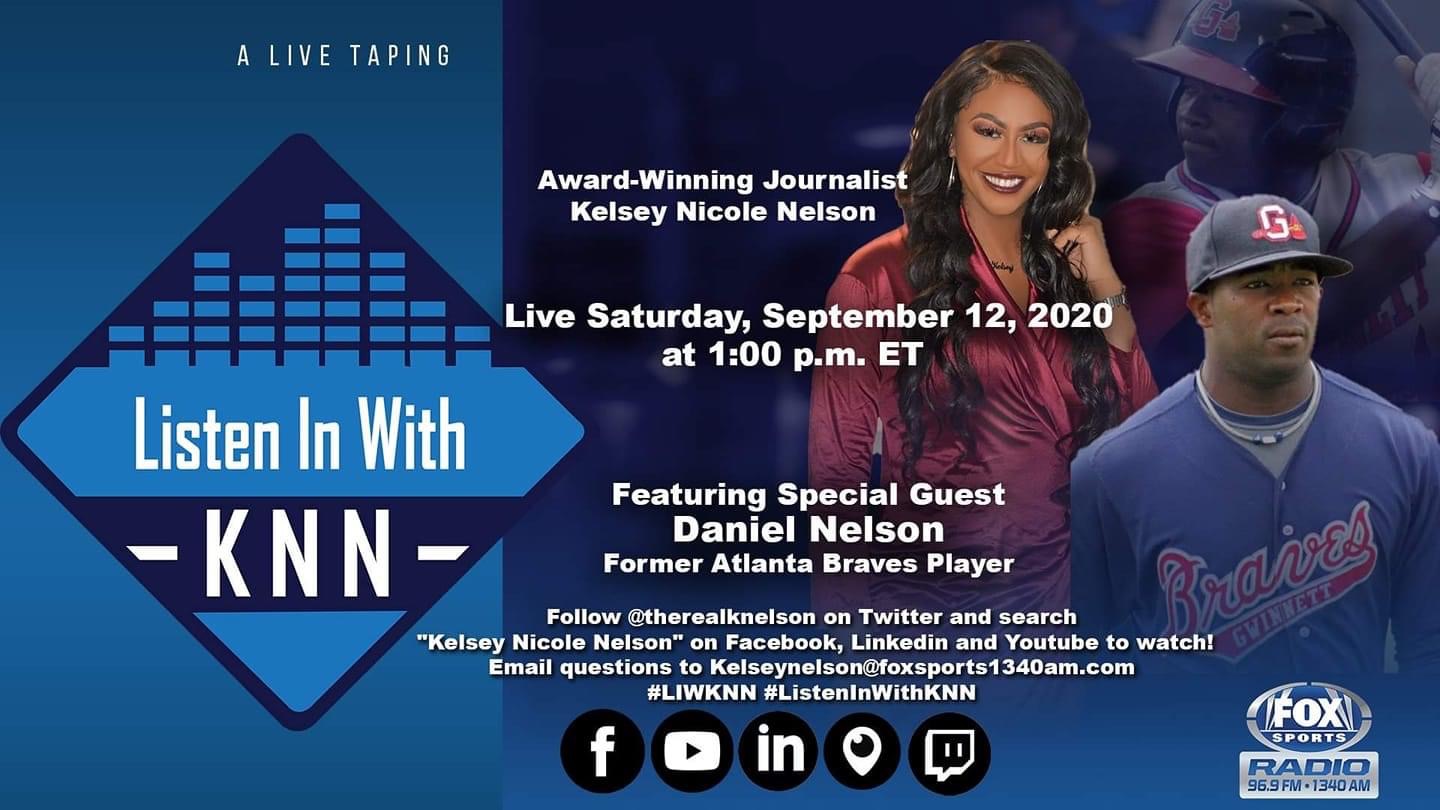 On the latest episode of Listen In With KNN on Fox Sports 1340AM, host Kelsey Nicole Nelson welcomed former Atlanta Braves baseball player Daniel Nelson to the show.

Growing up in the Los Angeles area, his love for baseball came from his dad and his brother who both played the sport.

“My brother took me outside and worked with me. I always wanted to be better than my brother and I will always admit he was better than me because he sacrificed so much for me to even get to where I’m at today. My dad pushed me as a coach and taught me to be more of a gentleman and a man on and off the field,” Nelson said.

Around eight percent of African American players were on opening day rosters for the 2020 MLB season. This stat is encouraging to Nelson as he could see teams bringing up young talent everyday especially during COVID-19.

“I’ve seen more African American males be pulled up this year than I’ve seen in the past 20 years probably. I do like the support that Major League Baseball is showing towards the African American community and every community that’s out there. They’re building up baseball parks in all communities. It makes the game a little more favorable,” he said.

Nelson is a huge fan of three-sport athletes because of the skills that are transferable from one sport to the other. But he does foresee pushing African American males towards baseball.

“Baseball does work on the hand and eye coordination that transfers over to football when catching a pass. Playing shortstop transfers over to playing quarterback as you can see in Patrick Mahomes, Russell Wilson and Kyler Murray. The more that we encourage our children to continuously stay focused on being multi-sport athletes and see what the outcome is,” he said.

When Nelson retired from playing baseball in 2012, he became the head coach at Odyssey Preparatory Academy. He also became a recruiting specialist at the Valley Training Academy and what motivated him was watching other programs charging kids a lot of money for three years. As a result, Nelson saw this as an opportunity to give back.

“I had to figure out how can I get on the same level and provide something that’s affordable to everyone else. I found this program and provide all kinds of information to colleges. Now I’m attached to about 1,400 colleges and it’s free to anyone that’s interested in this program. So far, 20 kids in the last 2-3 years have been picked up.”