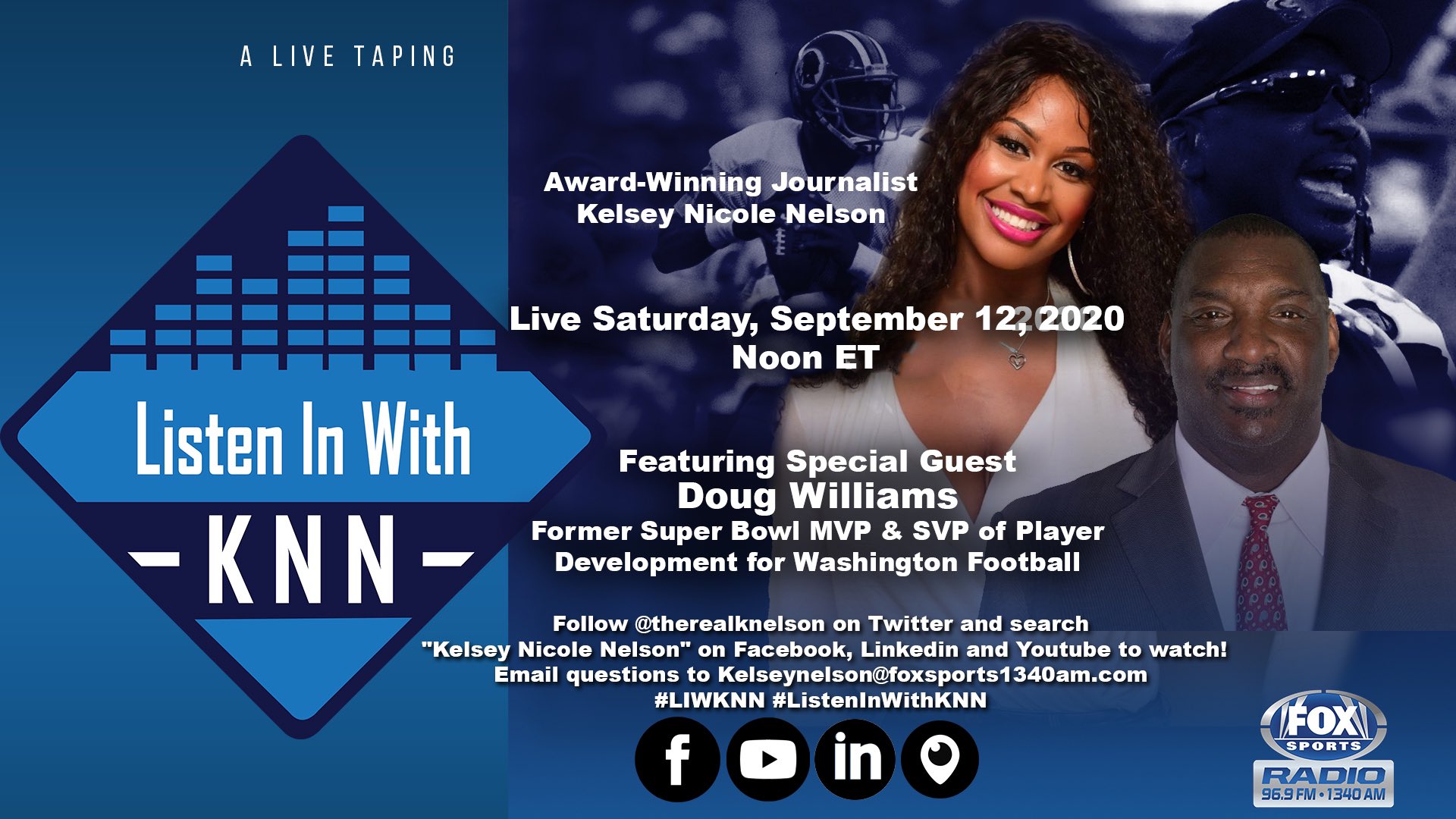 On the latest episode of Listen In With KNN on Fox Sports 1340AM, host Kelsey Nicole Nelson welcomed in former Super Bowl 22 MVP and Senior Vice President of Player Development of the Washington Football Team Doug Williams to the show.

Speaking of his journey, he attended Grambling State University where he played for the legendary head coach Eddie Robinson. During his time with the Tigers, they beat Oregon State, Hawaii and Temple. Williams’ favorite game was when Grambling State played against Temple in Tokyo, Japan and they were trailing with three minutes left in the game. Then he led an 85-yard drive as they scored the game winning touchdown to beat the Owls 35-32.

Recently, his alma mater established the Doug Williams Center for the Study of Race & Politics in Sports and was humbled about it.

“It gives us an opportunity to really dive into race that’s in politics and sports. The younger people and some older folks can understand how it really works. It’s a matter of understanding and opening your minds,” he said.

“The best memory would probably be after the game walking off the field and into the tunnel. I didn’t know Coach Rob was at the game because he was quiet all week about the game. When I saw him, he and I started crying and hugged each other as grown men. He told me, ‘You don’t understand the impact of what just happened.’ To him, it was like Joe Louis knocking out Matt Schmeling,” he said.

Speaking of Washington, they retired the Redskins nickname in large part due to the protests of George Floyd’s death. Since then, they hired Jason Wright to be team president and Julie Donaldson as senior vice president of media.

“I knew Julie because she’s been around working with the press since I’ve been here. She’s going to do a wonderful job. Jason has great ideas and his most important job is to take this whole organization in the right direction along with the new coach (Ron Rivera) and coaching staff,” he said. “It’s a brand new type of situation but at the same time we got a lot of players that’s been here and have bought into what’s going on and realize we gotta turn this ship around.”

Looking back at his career, Williams is pleased to see the rise of successful Black quarterbacks like Russell Wilson, Dak Prescott and Lamar Jackson.

“We have come a long way. For me, it is great to see the young minority guys turn that television on and you see the two highest paid players in the National Football League Deshaun Watson and Patrick Mahomes. When I think about where I started to where these young guys are today, I’m proud of it.”