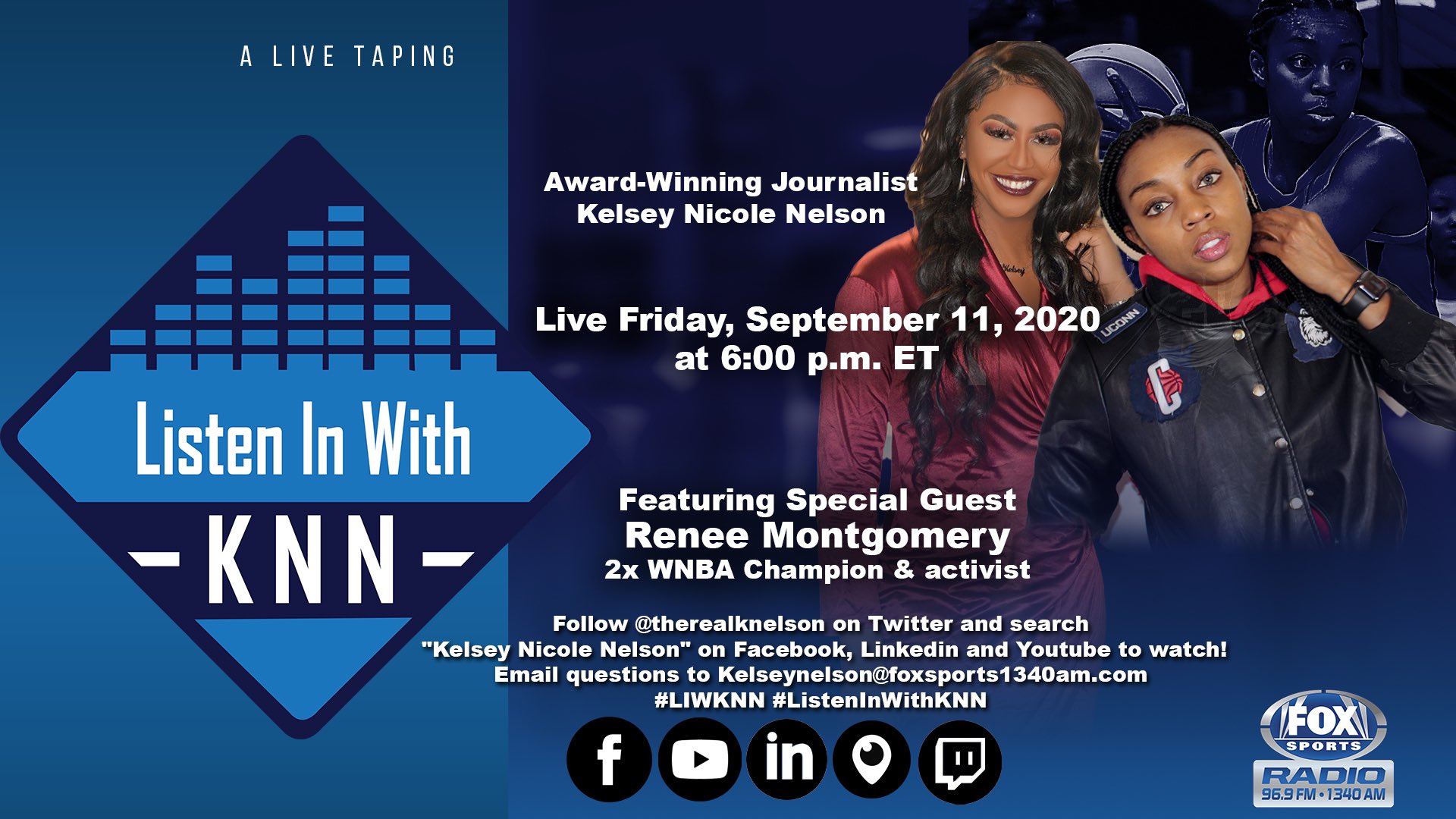 On the latest episode of Listen In With KNN on Fox Sports 1340AM, host Kelsey Nicole Nelson welcomed two-time Women’s National Basketball Association (WNBA) champion and activist Renee Montgomery to the show.

Growing up in West Virginia, she didn’t think about race when she was a young girl. But as a result of the racial inequalities, the 11 year veteran opted out of the 2020 WNBA season to focus on social justice reform. Although she originally didn’t have a clue on what she was going to do but wanted to be part of the movement to make change.

“I have my campaign called Moments Equal Momentum and it has gained traction along with my Remember the Third of November campaign. We want to take this passion everyone has right now and our goal is educating people and hopefully on November 3rd, they vote. Another campaign, The Last Yard is HBCU focused and I wanted to give back to that community because everyone is looking for an answer on how to stop police brutality,” Montgomery said. “I just want to build and be something positive because I don’t have any answers of how to cure the things right now.”

She plans on coming back to the WNBA next season but social justice will her focus now and forever. When the Confederate symbol was removed from the Mississippi state flag, she knew change was here.

“That’s part of your identity and beginning and to know it’s been brought up many times to have a state flag with a Confederate flag mixed in it. One athlete (Mississippi State running back Kylin Hill) changed a whole state flag and that was a reality in Mississippi. He didn’t just change a whole state but he did it in a month,” she said. “That shows people are ready for change and that’s what makes me excited and optimistic.”

Recently, Montgomery was hired by TMZ Sports to be a co-host where she will provide her expertise in sports and activism. She was flattered when a couple of Black women reached out to welcome her onboard.

“It was nice to have that type of environment and tone set. What I was most excited about was they let me say whatever comes to my mind and this is a show where it’s based on our opinions. It’s one thing to hire Black and it’s another thing to make sure that they’re comfortable and put in a position to be successful. So TMZ did all of the above for me.”

Montgomery wants to be remembered for her energy and positivity.

“In sports, there’s so many things you can be negative about and so many ways to be competitive and I’ve always taken a different route. I was born a Black woman and I’m going to die a Black woman. That’s what I want people to remember about my demeanor and how I approach life.”