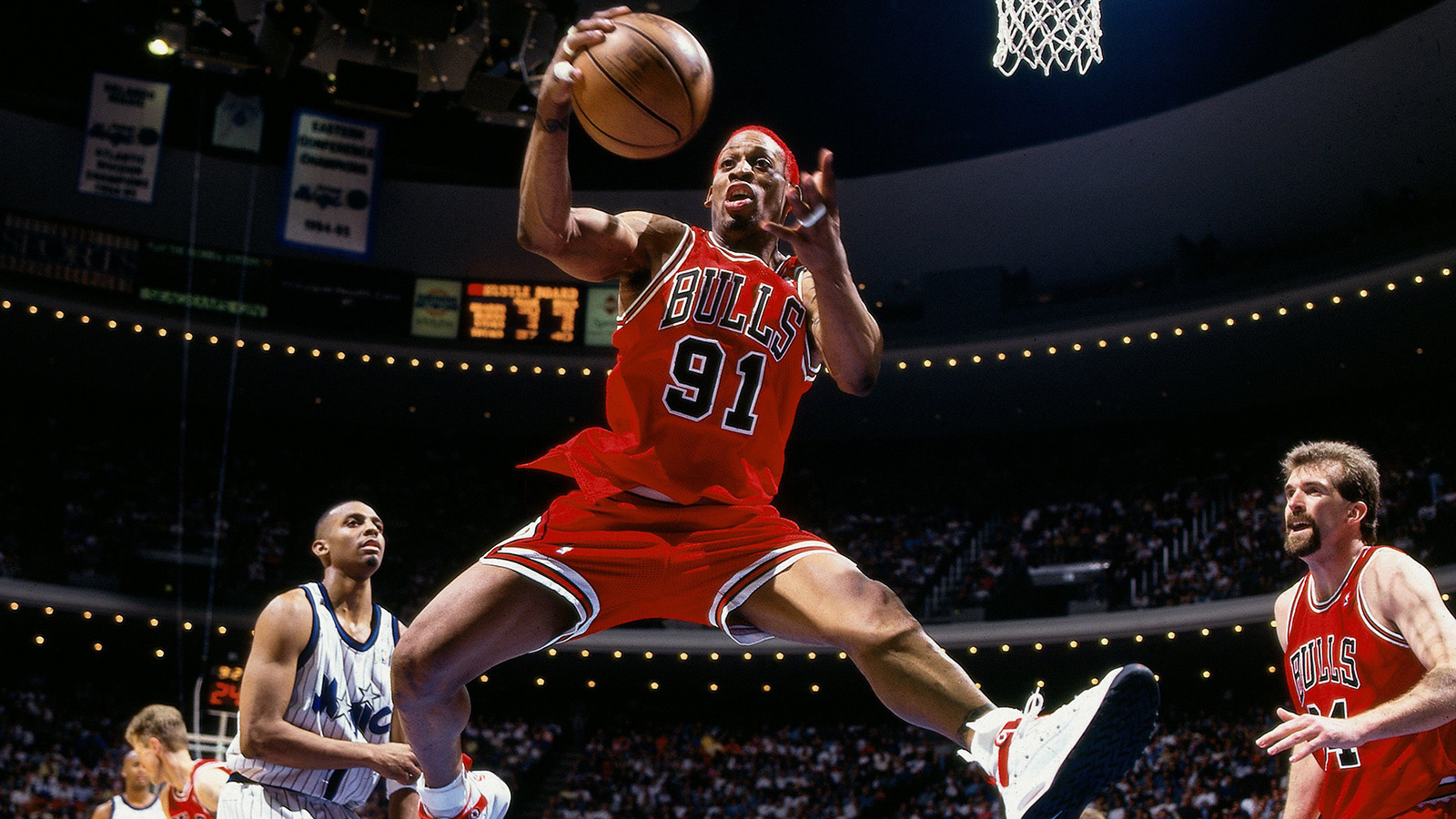 Dennis Rodman played three seasons with the Chicago Bulls and his rebounding and defensive skills made a big difference for them.

Rodman even led the league in rebounding in 1997-98 at age 36. When the regular season ended he was 36 years and 341 days old. This made him the oldest player to lead the NBA in rebounding since the stat became official in 1950-51.

Many consider Rodman the greatest rebounder of all-time and he was also a massive celebrity off the court because of his unique personality.

‘The Worm’ played two more seasons in the NBA after winning his third championship in three years with the Bulls. Rodman has received media attention in recent years because of his friendship with North Korean leader Kim Jong-Un.

ESPN’s ‘The Last Dance’ covered Dennis Rodman’s behavior off the court, though not all of it.

How close was ‘The Last Dance’ to the truth? Roland Lazenby, author of ‘Michael Jordan: The Life,’ told me in May that “it was excellent and an awesome display of power. In addition to the story-telling, director Jason Hehir’s great success was getting Jordan to be forthcoming about his ruthlessness in driving his teammates and everyone associated with the Bulls through the grueling process of winning championships.”

In one of the stories, Michael Jordan once flew from Chicago to Las Vegas and dragged Dennis Rodman out of bed.

The Bulls allowed Rodman to make a trip to Las Vegas midway through the season because he behaved well while Scottie Pippen missed 35 games because of an ankle injury.

Rodman was an anchor for Bulls and once Pippen came back he told head coach Phil Jackson that he needed a vacation.

Jackson then allowed Rodman to go to Las Vegas for 48 hours. Michael Jordan was hesitant and told Phil Jackson that Rodman would not come back on time.

48 hours in Las Vegas with Dennis Rodman. You in? (via @NBA) pic.twitter.com/JQvg0PVgpS

Jordan had to make the 1,747-mile trip from Chicago to Las Vegas and pull Rodman out of his hotel room. Actress and then-girlfriend Carmen Electra was there with Rodman.

“He didn’t come back on time, we had to go get his ass out of bed. I’m not going to say what was in his bed, where he was, blah blah blah,” MJ said.

It was definitely an occupational hazard to be Dennis’ girlfriend. He was wild.

There was a knock on the door, it’s Michael Jordan, and I hid.

I didn’t want him to see me like that, so I’m just hiding behind the couch with covers over me.”

“Come on, we got to get to practice,” Jordan told Rodman.

Rodman has an unmatched Basketball IQ and he didn’t miss a beat when he came back to the Bulls. He even outperformed the entire team in a conditioning session.

Dennis Rodman showing how much he understood and studied timing of rebounding was my favorite part. #TheLastDance pic.twitter.com/RuSoBuAT7J

Rodman as a Teammate

Jud Buechler, one of his teammates with the Chicago Bulls, was a sharp-shooting reserve small forward with them from 1994 to 1998. A three-time NBA champion with the Bulls, Buechler didn’t play much, especially in the 1997-98 season but he was beloved by teammates and fans alike and was a locker room leader.

Appearing as a guest on The HoopsHype Podcast with Alex Kennedy in May, Buechler said that Rodman was an incredible teammate:

“When the lights came on, he went crazy, he went nuts; he was a showman and very flamboyant and everything. But I think the one misconception about him is that he’s always like that, but behind the scenes, he was actually quiet.

He was super nice and he was super generous with all of us, just a great teammate. In practice, he just worked as hard as anybody.”

According to Buechler, Rodman was actually borderline shy and didn’t talk much.

“When he got inducted into the Basketball Hall of Fame, Steve Kerr and I went, and I was really happy to be in the crowd and see him there and to be there for that moment, for him,” Buechler concluded.

Rodman is a very kind and generous individual. Not many people know that every time the Bulls played in Boston, Rodman would buy out Toys“R”Us and deliver toys to Boston Children’s Hospital. No media was ever notified.