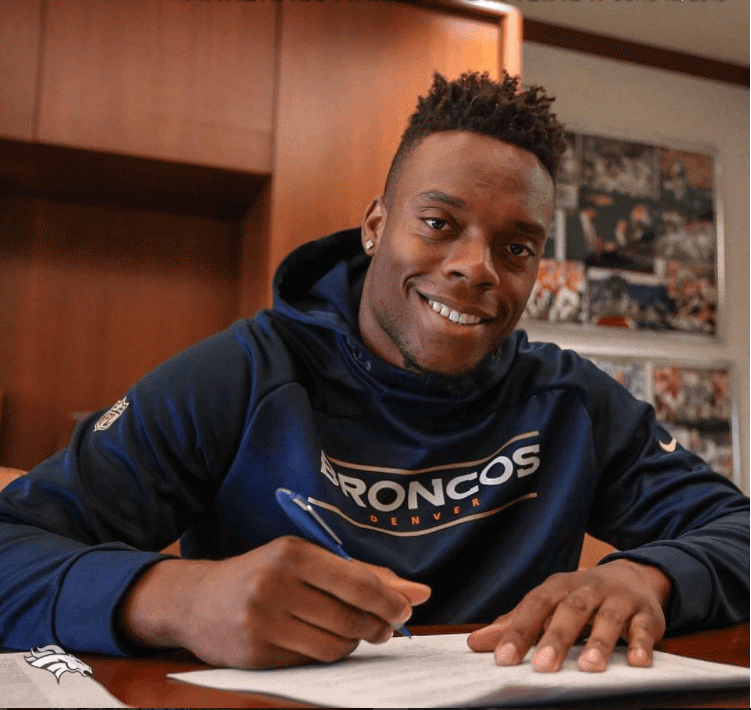 Denver Broncos LB Brandon Marshall has been a light to his brother M. Marshall in a positive way. Now he is promoting M. Marshall to reach his dreams of becoming an R&B singer.

“I like to see my brother go far and do the things that he loves to do.” I am very supportive of what he is doing,” said B. Marshall.

B. Marshall set the tone of being someone that his brother can look up to. He has always told his brother to go out there, follow your dreams, and be yourself. Brandon wanted to bring attention to change, by taking a stand and kneeling during the National Anthem. Lots of criticism was brought upon his actions, but he has no regrets for taking a stand.

“No matter what someone believes in, they should be treated like how they want to be treated.”

M. Marshall has produced a single called Changes. Changes was an inspired piece from a past relationship, where M. Marshall felt that he was losing himself. He released the song in early December.

Music has been in the Marshall family for years. Outside of music, Brandon has impacted his brother to stay positive and help out in the community.

“I enjoy helping the community out, as well as being a positive influence for others,” said M. Marshall.

M. Marshall has a quote that he uses to inspire himself as well as others; “Two plus two equals whatever I want it to be.” The quote itself helps M. Marshall out when he needs to get motivated or inspired. He feels like he can impact not just those in the music industry, but his community as well.

There are many pros, as well as cons. “There is no privacy, you have to watch what you say and how you say it, and fans at times”, said M. Marshall.

Both Marshall brothers are excited and optimistic about what’s in store. M. Marshall will be on tour next year and Brandon is excited for Valley View Entertainment. “In the next few years, I will like to see this company become the top label in the game,” said Brandon Marshall.