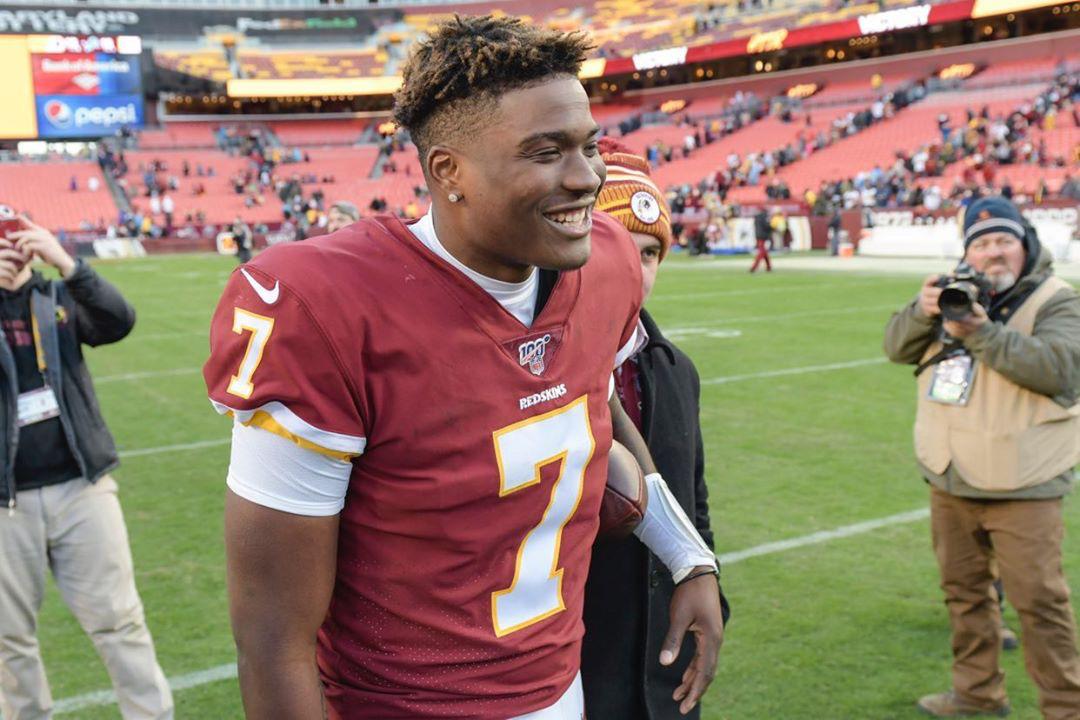 Nothing about the Washington Redskins 2019 season has gone well. The team started with 20-7 halftime lead against the rival Philadelphia Eagles in their opening game. Then the flood gates opened and the team just continued to sink. The Trent Williams saga. The firing of head coach Jay Gruden. The 16 quarter touchdown drought. The invasion of FedEx field by opposing fans. The culture is good. And the list goes on and on. However somewhere in that mix is the future franchise quarterback Dwayne Haskins, who was finally given the chance to prove himself as the starting quarterback.

The game between the Detroit Lions and the Washington Redskins was a matchup of two of the leagues worst teams. The Lions were missing their leader quarterback Matthew Stafford, and a promising start to the season were going up in smoke. The Lions expected to steady their slide with a win against the hapless Redskins but Haskins and the young Redskins had other plans.

Haskins by no means had a statistical good game. Haskins overthrew many receivers including two possible touchdowns to fellow rookie Terry McLaurin. Haskins finished the game 13 for 29 for 156 yards and an interception. The offense as a whole had a measly 230 yards gained. However when plays had to be made, the young Redskins made them. When a tough catch was to be made, McLaurin or Kelvin Harmon made them; when a conversion needed to be made, Haskins ran for them.

The Redskins have had their share of flashy players. Players who played for their stats or for the contract they thought they deserved. These young Redskins are probably too naive to know the culture that’s been here. Guys like Stephen Sims or Jimmy Moreland just want to play football. Kelvin Harmon and Derrius Guice are just competitors. Dwayne Haskins is just a gamer, doing whatever it takes to win a football game.

Haskins of course will put up better numbers as he plays more. All the signs point to good quarterback prospect. Haskins is strong in the pocket reading his progressions. Haskins drives the ball down the field well. Haskins has a very strong arm. Is he Lamar Jackson, of course not but the Redskins don’t need him to be. Is he Daniel Jones, of course not as that experiment has slowed down lately. Haskins is his own guy and that will serve him well throughout his NFL career. The Redskins need a lot of things to be a competent team again, but Haskins brings something to build on. So don’t worry about selfies and supposed attitude concerns. Haskins is a gamer and just wants to win. And frankly the Redskins need more of those guys.