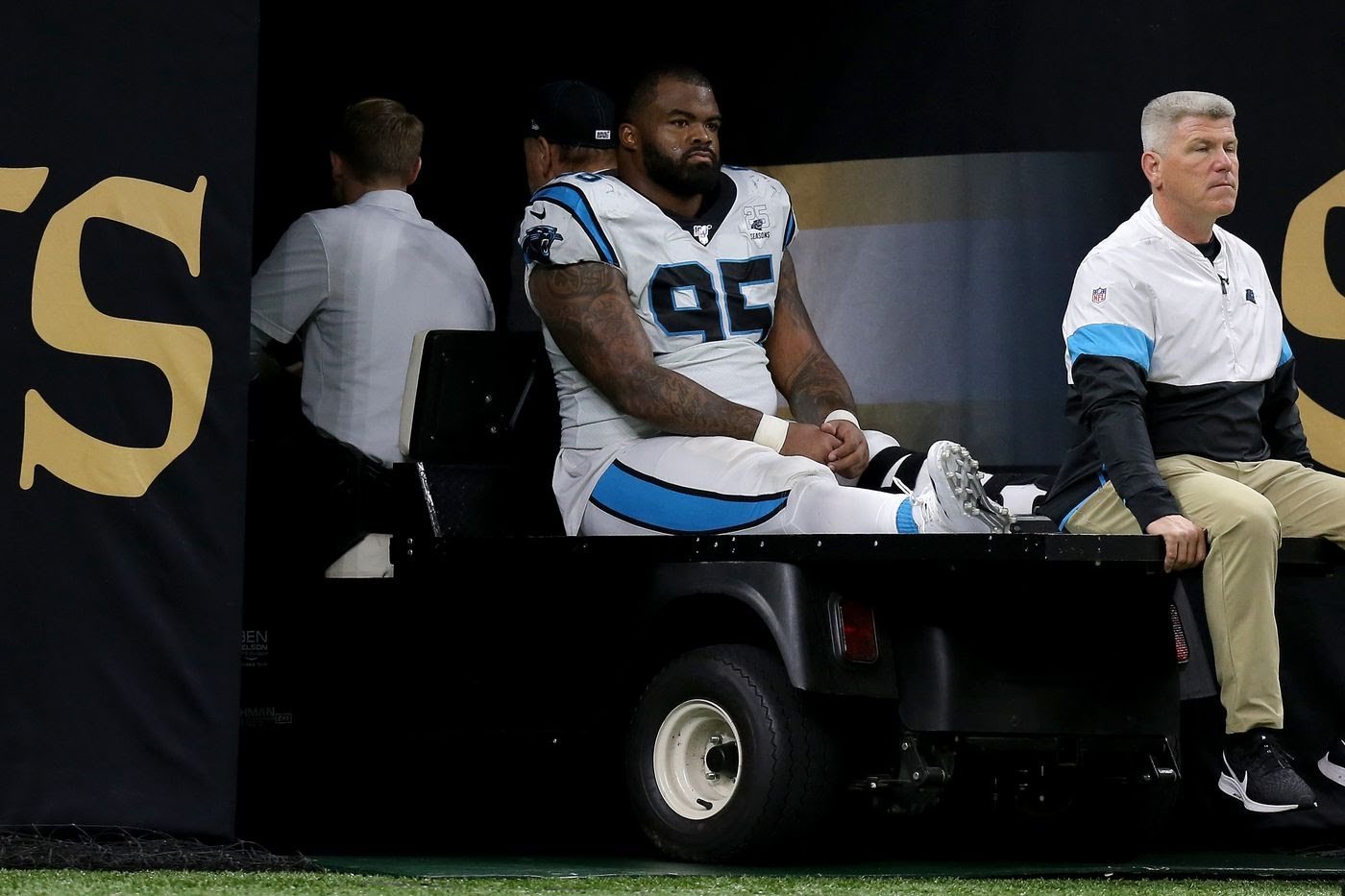 For the Carolina Panthers, Sunday’s loss was not confined to the field. The Panthers fell to the New Orleans Saints 34-31 courtesy of a last second field goal by Wil Lutz.

However, the toughest losses came before the final whistle blew. Guard Greg Van Roten (foot) and defensive tackle Dontari Poe (quad) both left the game early with injuries. The team announced on Wednesday that both players have been placed on Injured Reserve. In a corresponding move, the Panthers signed defensive linemen Woodrow Hamilton and Stacy McGee The team released the following statement:

Poe ends his 2019 season having played all 11 games, starting eight, for Carolina. His 4.0 sacks this season are his most since his 2014 Pro Bowl campaign when he tallied a career-high 6.0 with Kansas City. Prior to being placed on IR, Van Roten had started 27 consecutive games for Carolina dating to the 2018 season opener.

Hamilton re-joins the Panthers after spending the 2019 preseason with the team. He was waived on Aug. 30. Hamilton has also spent time in his career with New Orleans and New England. He has played in two career regular season games with one start, notching three tackles.

A veteran of six NFL seasons, McGee played the past two seasons (2017-18) with Washington after spending the first four seasons (2013-16) of his career with Oakland. He was released by Washington in March. A sixth-round pick of Oakland in 2013, McGee has played in 75 regular season games with 29 starts in his career, totaling 116 tackles and four sacks.