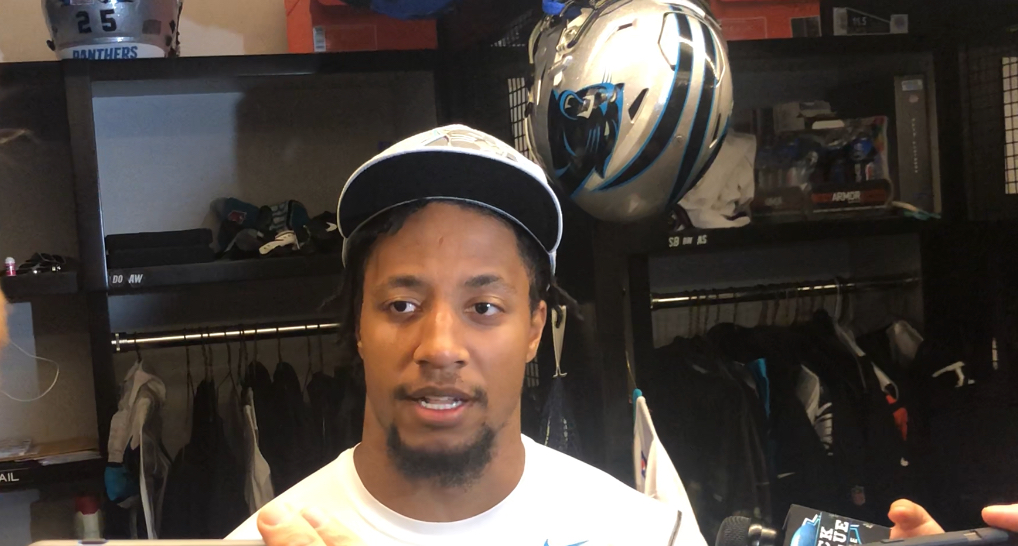 Prior to the confrontation between Panthers safety Eric Reid and Eagles safety Malcolm Jenkins last Sunday, the topic of national anthem protests had quieted down.

Reid had been clear about his feelings toward the Players Coalition that was co-founded by Jenkins. Speaking with media following the Panthers win at Lincoln Financial Field, Reid called Jenkins a sell-out and a neocolonialist. He accused Jenkins of co-opting the movement founded by Colin Kaepernick in order to fund his organization.

The NFL and the Players Coalition agreed to a deal that the league would dedicated $90 million for programs to combat social injustice. Sounds like a win for all sides right? Well, according to Reid the deal was no deal at all; just a way to get players to stop protesting.

Reid also provided some insight into the deal, which is structured much like that of an NFL player – no guarantees and chock full of incentives.

Flip the page to watch Reid discuss the terms of the deal publicly for the first time.