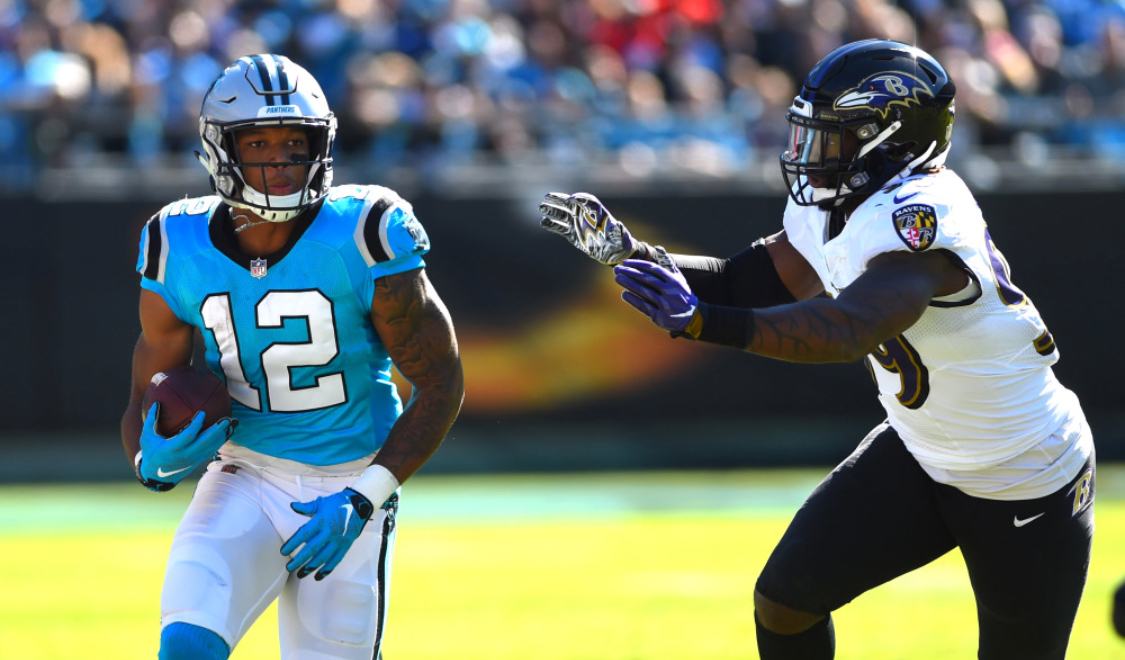 Fresh off a road win over the defending Super Bowl champion Eagles, the Carolina Panthers were back at Bank of America to face the No. 1 defense in the NFL in the Baltimore Ravens.

Coming into the game, the stingy Ravens were giving up an average of 281 total yards and ranked second in pass defense, allowing an average of 190 yards per game. Being a team that has been plagued by its slow starts, it was imperative for the Panthers to strike quickly…and that they did, defeating the Ravens 36-21.

Vet wide receiver Torrey Smith was out following a knee injury in last week’s game. Earlier in the week, Panthers head coach Ron Rivera spoke on how it was important for all of the receivers to step up in the absence of Smith. Rookie DJ Moore and second-year receiver Curtis Samuel made the most of their increased snaps with both showcasing the explosive play that got them drafted in the first place.

Two weeks removed from his two turnover performance in DC, Moore caught 5/6 passes for 90 yards and added another 39 yards on the ground. Samuel caught 3/3 passes for 28 yards but was also a force on special teams, downing a punt at the Ravens 1-yd line.

Newton was on fire in the first half, completing 14/18 passes for 147 yards and a QB rating of 137.7. After engineering a huge come from behind victory last week, QB1 got it done by land and by air as he led the team in rushing with 52 yards on the ground and a rushing touchdown. He was 21/29 for 219 yards and 2 touchdowns for the game and finished up with a 116.9 QB rating.

For the Panthers defense, it was a tale of two halves. Although they gave up a total of 325 yards, the unit had three takeaways which resulted in 13 points. Ravens quarterback Joe Flacco threw two interceptions while running back Alex Collins fumbled at the Ravens 20-yd line. Collins fumble was recovered by Vernon Butler at the Ravens 12-yd line.

Interestingly enough, the Ravens went for the 4th down conversion twice; it would’ve been three times with a fake punt had they not been penalized for illegal formation. One of said attempts was at their own 10-yd line. When asked after the game if this was disrespectful to the Panthers defense, Captain Munnerlyn, who snagged one of those interceptions, said that was indeed how they interpreted it.

Linebacker Thomas Davis admitted feeling a bit slighted as the Panthers defense was overlooked coming in to the game but feels the Ravens’ gutsy 4th down calls were just the product of being down.

The Ravens alternated between Flacco and rookie Lamar Jackson throughout the game. Flacco finished 22/39 with 1 touchdown and 2 interceptions while Jackson finished 4/5 for 46 yards and 1 touchdown.

Linebacker Shaq Thompson led the Panthers on defense with 13 tackles while Munnerlyn and safety Mike Adams both intercepted Flacco.

The Panthers are back at Bank of America stadium next Sunday to host the Tampa Bay Buccaneers.