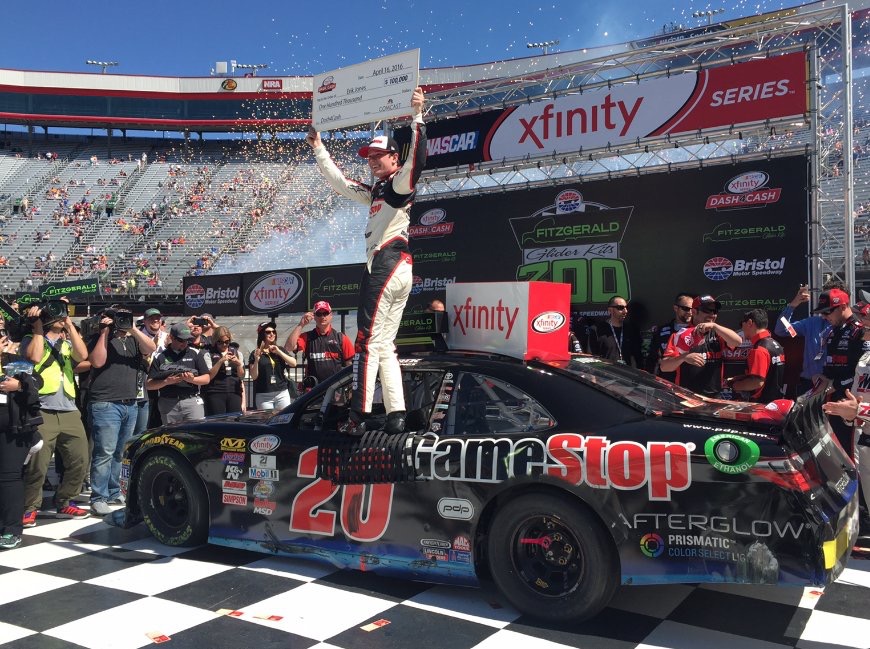 Joe Gibbs Racing announced today that Erik Jones would take over the No. 20 Toyota in the Monster Energy Cup Series starting next year.

The news does not come off as “shocking” due to the comments made last week by the current driver in that seat, Matt Kenseth. On Friday of last week, Kenseth said “I don’t think I will have the option to race for JGR next year.” The 20-year veteran seemed to have let the cat out of the bag before his current employer did. In a move to deflect possible distractions for the remainder of the season, JGR made the announcement.

Rumors have been surrounding Jones and the move to JGR all season. Before the 2017 Monster Energy Cup Season started, JGR loaned Jones to Furniture Row Racing, to pilot the 77 Toyota. Jones has done well in his Rookie campaign. The 21 year-old has notched one Top-5 and five Top-10s.

Erik Jones in the Xfinity Series

With the shakeup to the JGR stable, the organization will be bringing up young talent in consecutive years. In January of this year, Carl Edwards announced his retirement from NASCAR. Without any hesitation, Daniel Suarez was called up to take over Edwards’ seat. The 2016 Xfinity Series Champion is showing he belongs as well.

The addition of Jones gives JGR two promising drivers under the age of 26. Let’s not forget about the 2015 NASCAR Champion, Kyle Busch. He is only 32 years old and is only getting better.  In total, the team has an average age of 29.

Owner Joe Gibbs and his crew made sure they didn’t end up line Hendrick Motorsports. Seven years ago, HMS was in a similar situation. Brad Keselowski drove for JR Motorsports in the Xfinity series which was under contract with HMS. Penske Racing came calling and was able to sign Keselowski due to the limited space within HMS.

The future is bright for JGR to say the least. The signing of Jones is something that has set JGR up for a successful couple of decades. The young talent coupled with great equipment may have a changing of the guard in this sport. Watch out NASCAR! There may be a new sheriff in town.