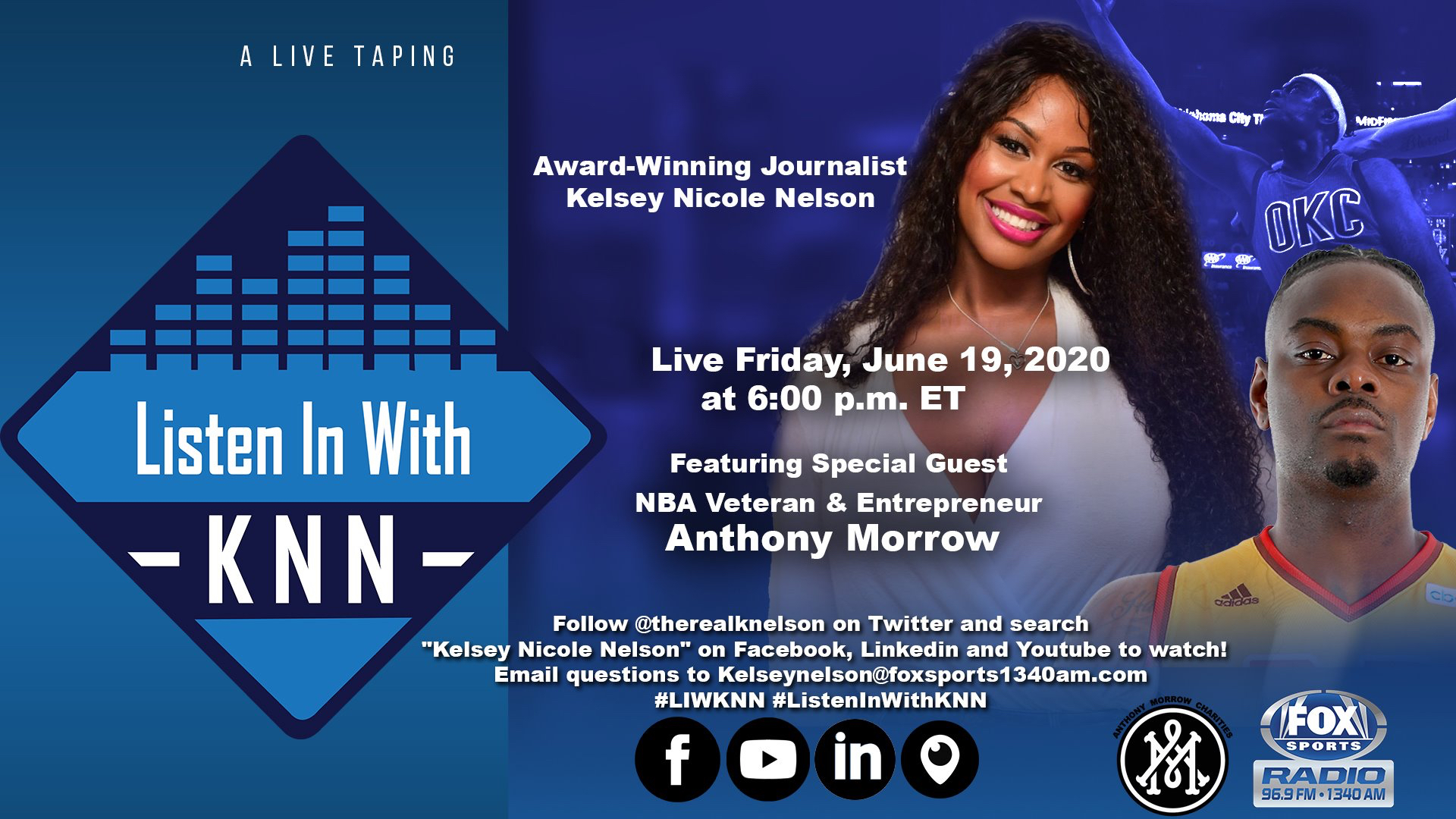 On the latest episode of Listen In With KNN on Fox Sports 1340AM, host Kelsey Nicole Nelson welcomed former National Basketball Association (NBA) player and entrepreneur Anthony Morrow to the show.

The ex-sharpshooter went undrafted in 2008 and eventually signed with the Golden State Warriors. Morrow then bounced around the league playing for the New Jersey Nets, Atlanta Hawks, Dallas Mavericks, New Orleans Pelicans, Oklahoma City Thunder and the Chicago Bulls.

His specialty was his three point shooting and had an especially memorable game during his rookie year. He scored 37 points, grabbed 11 rebounds and shot 15 of 20 from the field. “That was the moment that I felt like this is why you’ve been doing all this stuff; being in the gym three times a day, conditioning, running, weights, 600 made shots a day on a gun,” Morrow said. “It was confirmation that I gotta feel this all the time.”

As a father of four kids, the protests have hit home for Morrow as he experienced prejudice and racism when he was seven years old growing up in Charlotte, N.C. “You get followed around the store, you get stopped, asked and opened your jacket. I got to explain to my mama why they do this?” he said. “There’s some bad police officers that are killing people and that’s why we’re out here rallying and doing the protest.”

More recently, he had a similar incident three years ago. While picking up his daughter, Morrow was pulled over by a police officer just outside of Atlanta. The officer pulled him out and searched his car. Morrow expressed his concern that the officer was going to plant something on him.

That experience led him to create his own clothing brand called “Own Sense of Style.” The brand led to the creation of his infamous “Good Police” t-shirt. The message on the shirt says “We only rock with the good police.” Morrow explained that his reasoning for the quote stemmed from his prior traumatic experiences with racial profiling.

“I wanted to make it look like a street sign because those get people’s attention. It picked up during this time,” Morrow said.

As a result, he has become a big advocate for education, specifically when it comes to knowing citizen rights in police encounters.

“We learn the law when we get harassed or get pulled over or you get in trouble then you learn why so it doesn’t happen again. Nobody knows the law more than your family member coming home from jail,” he said. “Educate yourself on the climate of what’s going on in the law of your city and state.”

Morrow also uses his platform to encourage folks to vote, specifically in the Black community, in spite of voter suppression efforts.

“Go vote locally and arm yourselves legally. Get registered to vote and if they need transportation, we’re working on trying to go down there and get them. I want to see policy and legislation change,” he said.

In addition to his clothing brand, Morrow created a non-profit organization called the Anthony Morrow Charities. The charity focuses on allocating resources to underserved communities such as low-income families, foster children and the homeless. Its motto is building positive character, strong bodies and focused minds.

“I want them to be vulnerable talking to each other so that y’all can communicate. They can work together on what y’all going through now because you have a program and somebody that really cares and can reach out to us at any time.”