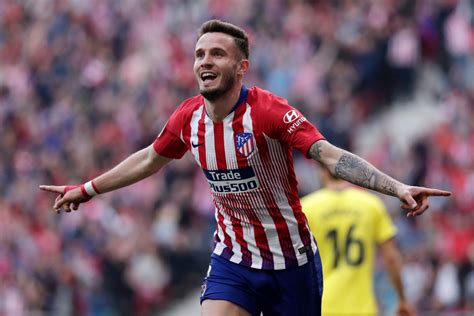 The defensive-minded Atlético, throughout the 2019/20 season, finished 12 points behind La Liga runners-up FC Barcelona and 17 points adrift of La Liga champions Real Madrid, which witnessed Los Blancos secure a record 34th La Liga title.
Elsewhere, in Los Rojiblancos’ last seven seasons, under Simeone, Atléti in corresponding order have respectively finished: 1st (2013/14), 3rd (2014/15), 3rd (2015/16), 3rd (2016/17), 2nd (2017/18), 2nd (2018/19) and 3rd (2019/20).
Meanwhile, in the UEFA Champions League, under the highly organized and tactically savvy 50-year-old Argentinean, Atlético in the last seven years have finished as runners-up (2013/14), Quarter-finalists (2014/15), runners-up again (2015/16) and Semi-finalists (2016/17), while subsequently experiencing elimination during the group stage (2017/18) and thereafter reaching the Round of 16 (2018/19).
However, Atlético currently remains in the UEFA Champions League this term and will play Bundesliga club RB Leipzig in the Quarter-finals of the competition on August 13.
Atlético de Madrid, who finished as runners-up in La Liga in the 2018/19 season with 76 points, saw Spain forward, Álvaro Morata, who led in goals for Atléti in the 2019/20 season, with 12 goals scored,  inspire Simeone’s side to earn 25 points (75%) from a possible 33 points in their final 11 La Liga fixtures of the season.
Furthermore, Atlético conceded the second least amount of goals in La Liga (27) in the 2019/20 season; Simeone’s side also conceded the least amount of goals (29) in La Liga in the 2018/19 campaign.
FOX Sports Radio 96.9FM/1340AM’s Dean Perretta briefly caught up with Atlético de Madrid and Spain star, Saúl Ñíguez, to discuss the recently formed Club Costa City, the Elche-based grassroots football academy, created with Aarón Ňiguez, his brother, who plays for Malaga CF, as well as the highly-rated Atlético standout revealing more about the lofty ambitions of the Nike sponsored academy, coupled alongside Club Costa City’s core values and long-term mission statement.
Dean Perretta: Saúl, can you talk about Club Costa City and, of course, bringing this vision to reality?
Saúl Ñíguez: I am really proud to be able to announce that finally, and after a long time working really hard together with all of our staff, the Club Costa City is a reality. This club is a dream for me and we are going to try to develop players’ full education. Our vision is to think in a long-term project, being patient and respecting the maturative and evolutive player stages; and our mission is to develop people who in the future can be excellent professionals whatever they decide to do, whether they have the chance to be professional footballers or not.
Dean Perretta: What does it mean to operate Club Costa City with your brother, Aarón, especially coming from Elche?

Saúl Ñíguez: As I told you before, Club Costa City has been a dream come true, but it is even better when you’ve got it together with your family and the place that your family has borned, Elche.

We know each other a lot, sharing the same football vision and desire to help our city and especially the kids to develop themselves as human beings, as well as footballers.

Dean Perretta: Elche, as a town, holds a very warm place in your heart, especially given that your father, Boria, and brothers, Aarón, and Jony, have all played professionally for Elche C.F.  However, what is the plan in the long-term for Elche-based players at Club Costa City?
Saúl Ñíguez: We are a footballing family and all of us have football and our city. What could be better than setting up a football club in my city together with my familia?
As I said before, this is a dream. Talking about young players and professional football, to be honest, this is not our concern just now. We are going to set up a professional academy structure to be sure that our players are receiving the best education, formative, and sportive.

Dean Perretta: With regards to Nike’s sponsorship deal with Club Costa City, how important was it to make a big statement of intention for the academy?

Saúl Ñíguez: Nike sponsors my team, Atlético Madrid, and myself. That is why I did not have any doubt showing my desire to make Nike a Club Costa City sponsor, too.
I appreciate a lot of Nike’s support in everything I do, and especially I am very thankful because of their commitment and trust in this project.
Dean Perretta: Lastly, can you talk about positive reactions, particularly on social media, when you officially announced Club Costa City?
Saùl Ñíguez: Honestly, when we launched the project I did not expect as many positive reactions around the world. It was amazing because Club Costa City was on every Spanish radio (station), TV, and social media, besides we got much positive feedback from international media, too.
I would like to thank my club Atlético de Madrid for their help on this project due to they have supported me every time. A clear example has been the agreement that Club Costa City has signed with Atlético de Madrid. Looking for the best of both institutions.
Tweet
Dean Perretta